Fruits of the Resurrection of Christ 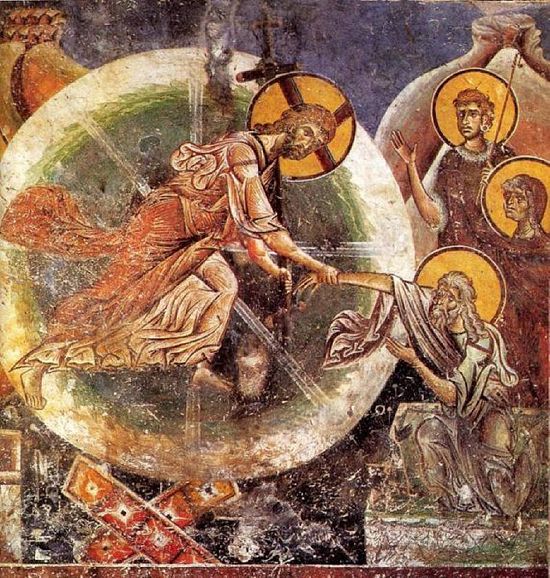 Referring to this spiritual resurrection of believers our Lord said: "Time is coming, and has already come, when the dead shall hear the voice of the Son of God, and having heard it—shall come to life" (John 5:25). This is that "first" resurrection which the Book of Revelations discloses (Rev. 20:5). It means that people, after believing in the Son of God, are reborn in the sacrament of Baptism and become able to lead a spiritual life. God's grace becomes active in them and helps them to attain perfection. That is why the Apostles consoled Christians, reminding them that they, as opposed to non-believing gentiles, have already resurrected with Christ (Col. 3:1).

Spiritual resurrection in this life shall serve as a foundation for the physical resurrection, which shall come through the power of God Almighty on the last day of this world. Thenceforth, the souls of all the dead shall return to their bodies, and all mankind will come to life, no matter where and how each person died. The Lord predicted the universal resurrection, saying: The time is coming, when all lying in the graves shall hear the voice of the Son of God, and those who did good shall go into the resurrection of life, and those who administered evil shall go into the resurrection of condemnation (John 5:28-29). On that day the appearance of each person will reflect his or her inner state: some of the resurrected will be bright and joyous, but others will appear hideous and awful as walking dead.

From the Scriptures one has to conclude that the appearance of the resurrected righteous will be different from that of resurrected sinners. The resurrected bodies will be essentially the same ones that belonged to their souls in this early life. As the Apostle says: THIS corruptible must put on incorruption, and THIS mortal must put on immortality (1 Cor. 15:53). But at the same time, they will be transfigured. The bodies of the righteous will be incorrupt and immortal. They will be completely free from weakness and from the infirmities of the present life; they will be spiritual, heavenly, similar to the body of the resurrected Christ. Life after resurrection will be like the life of the angels. As for the sinners, their bodies also will rise in a new form, but while receiving an incorrupt and spiritual nature, at the same time they will express in themselves the condition of their souls.

The celebration of Easter is marked by Orthodox Christians so joyfully because during the Paschal days they feel, more than at any other time, the reviving power of Christ's resurrection, the power that has dethroned the prince of darkness, liberated souls from the abyss of hell, opened the doors to paradise, defeated the bonds of death, and poured new life into the souls of believers.

It is significant that during Easter the Paschal joy, to a greater or lesser extent, is felt by so many people—not only those of profound belief, but also those who are cool-spirited and aloof from God. On this day all creation rejoices at the victory of life over death. 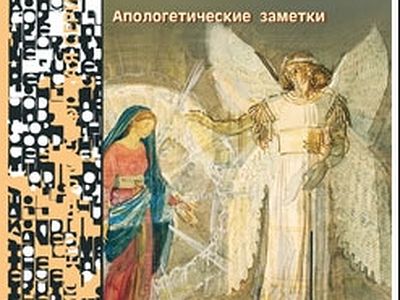 A New Book by Bishop Alexander (Mileant) Released in Moscow 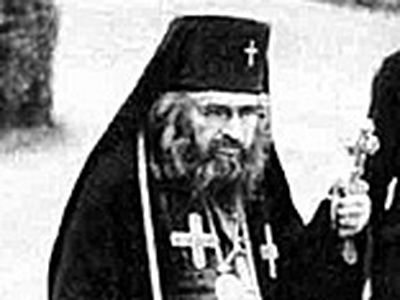 I Look for the Resurrection of the Dead, and the Life of the Age to Come St. John of Shanghai

I Look for the Resurrection of the Dead, and the Life of the Age to Come St. John of Shanghai Our grief for our loved ones who have died should be inconsolable and boundless, had the Lord not given us eternal life. Our life would be senseless if it ended in death. What benefit would there be from virtue, or from good deeds? Then they would be right who say, “Let us eat, drink, and be merry, for tomorrow we die!” 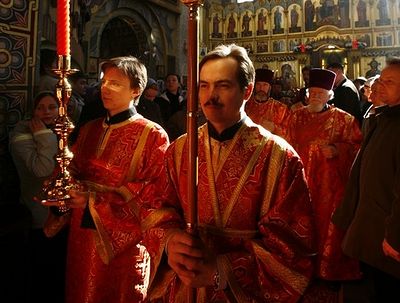 On Death and Resurrection in Christ St. Gregory the Theologian 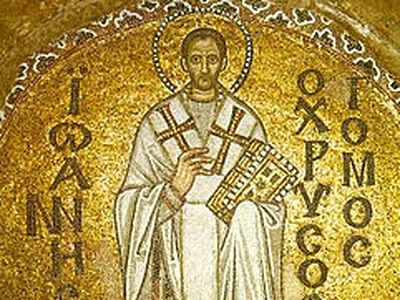 Saint John Chrysostom on the Truth of the Resurrection St. John Chrysostom And indeed when should they have stolen Him? on the Sabbath? And how? for it was not lawful so much as to go out. And even if they transgressed the law, how should they have dared, who were so timid, to come forth? And how could they also have been able to persuade the multitude? By saying what? By doing what? 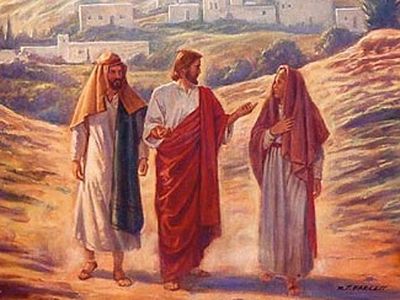 From the Resurrection to the Ascension Priest Vyacheslav Sinelnikov

From the Resurrection to the Ascension Priest Vyacheslav Sinelnikov A question stands before us: which kind are we? Do we talk about Christ’s Resurrection only in other people’s words? Do we really rejoice with a full heart? … Are we convinced only because other people know this and we trust them, or has this news done something to us—and knowing by experience that Christ has risen, we can no longer be the same as we were before? 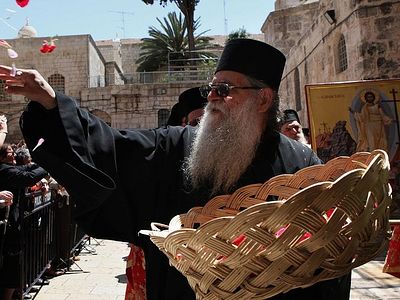 Holy Saturday and the Harrowing of Hell Robert Arakaki

Holy Saturday and the Harrowing of Hell Robert Arakaki Today Hades cried out groaning: “Would that I had not received the One born of Mary; for He came upon me and loosed my power. He shattered the gates of brass; the souls, which I held captive of old, as God He raised up.” Glory O Lord to Your Cross and Your Resurrection.
Комментарии