Orthodox bishops around the U.S. are sending pastoral instructions to their clergy, monastics, and laity concerning the recent Supreme Court decision legalizing same-sex marriage in all states. We are particularly edified by this epistle from Metropolitan Isaiah of Denver, the Greek Archdiocese of America.

All Clergy, Monastics, and Laity of the Holy Metropolis of Denver

Beloved in the Lord, 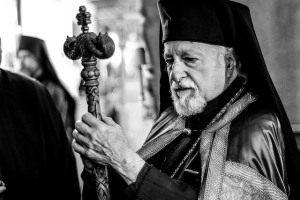 This morning, on June 26, 2015, the Supreme Court of the United States of America declared, in a five to four decision, that same-sex marriage in our country is now legal in all fifty states. This decision was based on the freedom and equal rights of all citizens. There was no mention of God in any part of the decision.

This is one more ramification in the evolving laws of our nation which stresses the paramount rights and freedoms of our citizens. However, we know from our ancient, holy and cultural teachings and traditions that rights and freedoms cannot exist without the necessary responsibilities and accountability which should accompany them. Otherwise, such rights and freedoms would lead to anarchy, the next lower step from democracy.

This slippery slope which we as a nation have continued to travel, from the Roe v. Wade decision over forty years ago, has ignored the basic teaching of the science of sociology which states that the very first society in this world is the human family. Unfortunately, our Supreme Court began to attack this primary society by legalizing the deaths of unborn infants, who as children contribute to the concept of the primary family. Although there is the question of morality in putting to death helpless, unborn human infants—almost sixty million by now—we, as Americans, have been conditioned not to feel any guilt or remorse because this genocide is “legal.”

Aside from these thoughts which have to do with human behavior, we as members of the Church of the New Covenant, which history records as the Orthodox Christian Church, continue to preserve our Judeo-Christian principles which place Almighty God as the supra-intellectual Creator of heaven and earth and of all things visible and invisible. This is the teaching of the Church that was clearly recognized by the first Ecumenical Council in Nicea in A.D. 325.

Returning to this morning’s Supreme Court decision pertaining to same-sex marriage, we know that as members of the Church we have no right to criticize or to condemn any human person regarding his or her lifestyle. The Apostle Paul says it best when he states, “Who are you to pass judgment on the servant of another?”(Romans 14:4). We, of course, are not speaking of persons per se, but of human lifestyles which are contrary to the moral behavior exercised by one’s free will in harmony with Holy Scripture.

Practically speaking, the question will arise from some in our canonical Orthodox Christian parishes regarding the sacrament of holy matrimony, for persons of the same gender. There is no confusion in this matter because our holy services of matrimony are not contracts as in all other religious bodies, but they are sacraments or mysteria. This means that we the clergy are not the celebrants of our sacraments, but the Holy Spirit is. This is why, for all of the sacraments of the Church, they are celebrated by the clergy in the third person. We never use the pronoun “I” because it is the Holy Spirit Who is the celebrant, through the priest or bishop. In our sacrament of holy matrimony, one of the prayers states, “Blessed are You, O Lord, Who are the celebrant of mystic and hallowed marriage…”

In all of the sacraments, we, the clergy, say, “the servant of God is baptized” in baptism, or “the servant of God is crowned” in holy matrimony. Another prayer said by the celebrant in the marriage ceremony is “O Master, send down now Your hand from Your holy dwelling place and unite Your servants…” None of the holy sacraments of the Church are considered contracts which can be broken; but, in all of them, it is our Triune God Who, through the canonical priest or bishop, gives a lasting blessing to the participants in the holy sacrament.

The fact that the First Amendment of our United States Constitution prohibits our government from interfering with the free exercise of religion means that no human law on the part of any of the three branches of government can negate or nullify or rise above the teachings and dogmas of our Judeo-Christian history of more than two thousand years. Any attempt by our government to do this would totally fail, as it did in Communist Russia and in Nazi Germany.

Consequently, my hierarchical instructions to all the clergy who belong to this Metropolis, and to the military chaplains under my oversight, are to react pastorally in denying any and all who may seek the Sacrament of Holy Matrimony for a same-sex marriage. You are to inform them that by doing so you would be betraying the holy priesthood of our Lord Jesus Christ, Who established the Church through His death and resurrection; and that, if you were to do so, you would be defrocked from the holy priesthood by an ecclesiastical tribunal.

I am confident that all of our holy clergy in this Metropolis will continue to honor our holy vocation and will remain faithful to the teachings of the Church. In this way, all of us—clergy, monastics, and laity—will continue to live our lives as best as we can, in harmony with the life-giving teachings of our Lord Jesus Christ which will lead us into His everlasting Kingdom. 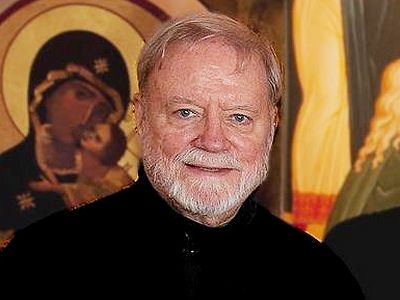 One Priest, One State

One Priest, One State In this special edition of Ancient Faith Presents, we hear two timely interviews related to same-sex marriage. They both discuss the same topic: an Orthodox priest who will no longer sign marriage licenses issued by his state. Find out why as Kevin Allen interviews Fr. Patrick Reardon, followed by another interview with Terry Mattingly conducted by a Lutheran radio program (Issues, Etc.).
Комментарии