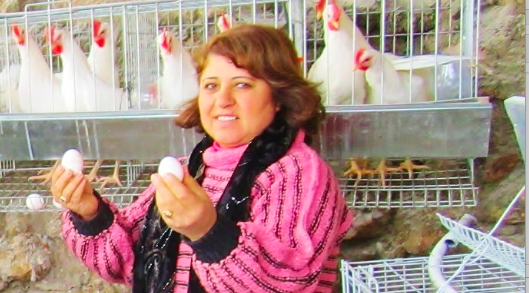 The freshly laid eggs that Rana gathers daily from her hen house not only help to feed her and her ailing mother, but also provide much needed income from egg sales at the farmer’s market in her West Bank village of At-Tayba. IOCC is assisting 200 vulnerable Palestinian women with agricultural support to ease the daily threat of hunger and poverty for these families living in growing isolation. (Photo: George Malki/IOCC)


Four years ago Samira’s husband was killed while farming his land in the West Bank, leaving her with seven children to support, little education and no source of income. “I was very afraid after the death of my husband, because I was alone,” the 43-year-old widow recalled. “I never used to do farming and agriculture. This was a challenge for me.”

In the remote West Bank village of At-Tayba, Rana, 38, completed her education but is unable to work far from home. Her elderly mother requires round-the-clock care, but Rana has no other family to help her and no source of income to provide for herself and her ailing mother.

Hunger and poverty are a daily threat to the families living in the West Bank’s isolated and arid northern communities. Job opportunities are very limited, particularly for Palestinian women. For some of the women, their homes are too distant from city jobs, while others lack income earning skills or face cultural barriers that prevent them from working outside the home.   Although agriculture seems to be one of the few options open to them, the women face numerous obstacles trying to farm their land. Restrictions on their travel to and from farm plots as well as limited water access make it difficult for them to succeed in developing productive and profitable farms.

International Orthodox Christian Charities (IOCC) is helping women such as Rana and Samira overcome these hurdles with an agricultural program designed to make the most of whatever land remains available to them. More than 200 vulnerable women-headed households in the West Bank are receiving agricultural and animal husbandry training to develop sustainable high-yield home gardens, or beekeeping, livestock, and poultry production. The goal is to improve their economic situation by producing enough food for their families and for market.

Samira, who now raises chickens to produce eggs, says she is still amazed at how the project has improved her quality of life. “I can say that I was a very poor woman who was left with seven children, waiting for people to help me,” said Samira. “This assistance from IOCC embraced me and my children. It made me see that I can change my situation and the future of my children.”

IOCC also provides daycare support for 35 pre-school children at a newly rehabilitated childcare center in Falamya. The center offers a safe haven for the children to play and learn as their mothers tend gardens and farm animals, and help ensure that the family will not have to face the threat of hunger and poverty in the future.

IOCC has had a humanitarian presence in Jerusalem, the West Bank, and Gaza since 1997, to help vulnerable groups-particularly women, children, youth and the elderly – improve their lives in times of conflict and increased isolation.

IOCC is the official humanitarian aid agency of the Assembly of Canonical Orthodox Bishops of the United States of America. Since its inception in 1992, IOCC has delivered $534 million in relief and development programs to families and communities in more than 50 countries. IOCC is a member of the ACT Alliance, a global coalition of more than 140 churches and agencies engaged in development, humanitarian assistance and advocacy, and a member of InterAction, the largest alliance of U.S.–based secular and faith-based organizations working to improve the lives of the world’s most poor and vulnerable populations. To learn more about IOCC, visit iocc.org. 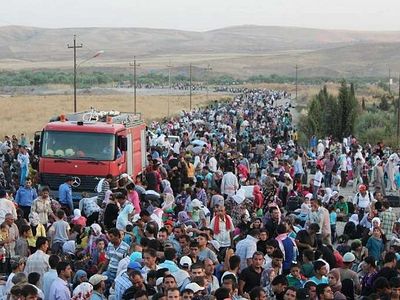 Iceland Sends Money to Syrian Refugees The Icelandic Church Aid has sent USD 150,000 to Syria to help some of the 4.2 million Syrians who are displaced within the country. 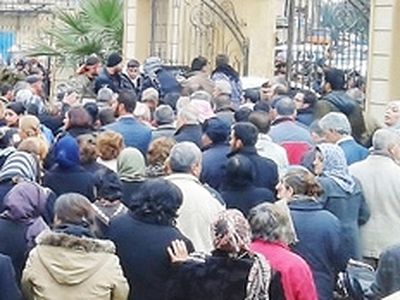 IOCC Assists Syrian Christians Traumatized in Deadly Attack Fleeing for their lives, more than 2,400 exhausted and traumatized Christians from northeastern Syria sought refuge in the towns of Hasakah and Qamishli after their small communities were terrorized this week. 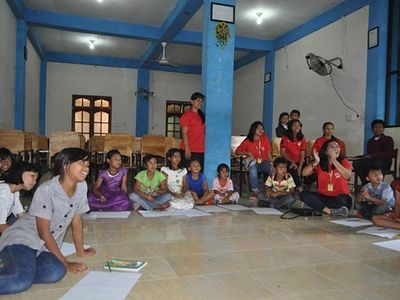 OCMC Volunteers Visit Indonesia Seven volunteers from the United States of America headed by Protopriest Martin Ritsi travelled to Sumatra and gave special presentations for the professors and students of the Saint Paul Orthodox Theological School in Medan, as well as for the students of the Computer Science and Business Administration Schools of the Polytechnic Academy.
Комментарии