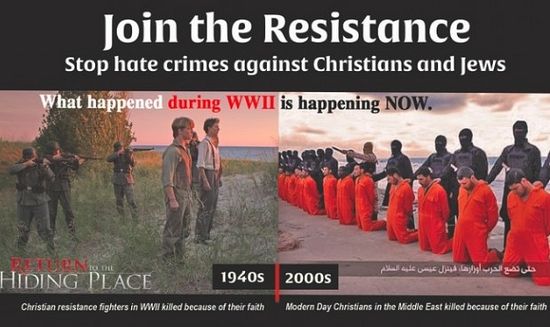 The writer and director of a feature film about a group of young people who fought to save the innocent during the Holocaust has unveiled a new movement aimed at raising awareness about the dire religious persecution of Christians in the Middle East.

Peter Spencer, director of “Return to the Hiding Place” — the sequel to Billy Graham’s “The Hiding Place” — exclusively told TheBlaze about his new Orange Resistance effort to rescue Christians being harmed by the Islamic State, and the “chilling similarities” that he sees between what’s happing now and the horrors that unfolded during the Holocaust.

“The ethnic and religious purging of Christians today is exactly like Hitler’s ethnic cleansing of Jews in WWII,” Spencer said. “True Christians are today obligated to rescue the perishing from the blades of [the Islamic State].”

The Orange Resistance movement is named for the both the color of the jumpsuits worn by victims of Islamic State extremists and for the Netherlands’ historic association with orange; the setting of the ”Return to the Hiding Place,” which is based, in part, on Dutch Christian Corrie ten Boom’s heroic acts to save Jews in the Netherlands.

Spencer said that the campaign will employ a number of tactics to get the word out about the plight of Middle Eastern Christians.

“We are working with denominations across the country to schedule screenings of our film followed by a panel discussing the terrifying parallels between Nazi Germany’s extermination of the Jews and the current hate-onslaught of [the Islamic State] and their mission to liquidate Christians, starting in the Middle East,” he said. “Groups won’t even need to sell tickets to the event.”

“Return to the Hiding Place,” which is based on a true story, tells of ten Boom’s refuge for Jews, as well as an “army of untrained teenagers” who helped rescue the most vulnerable from the horrors of the Holocaust.

“We know viewers, often intimidated and discouraged by today’s frightening news will see this film and be mobilized, encouraged that there is hope,” Spencer told TheBlaze. “Resistance is not futile … even one person can make a revolutionary difference.”

Spencer will also be selling Orange Resist shirts and bracelets in an effort to raise money to help organizations that are actively working to rescue Christians from the region, while also featuring these organizations in special video posts that will be distributed via social media.

The goal, Spencer said, is to cause “America to become aware and involved in politically vocalizing the need to intervene on behalf of Christians and Jews worldwide experiencing a second holocaust.”

“The only hope for coping is by taking action. The only way we can cope is if solutions are at hand,” he said. “These solutions will not present themselves — we have to stand and fight, get behind the cause, and put our resources into saving lives today.”

Spencer invited people to learn more about Orange Resistance here, and to purchase copies of “Return to the Hiding Place” here. 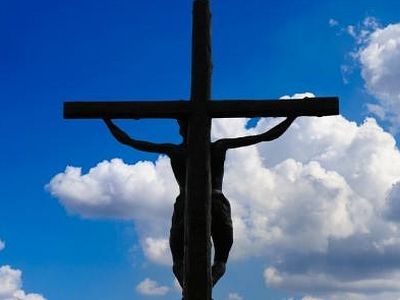 The New Exodus: Christians Flee ISIS in the Middle East 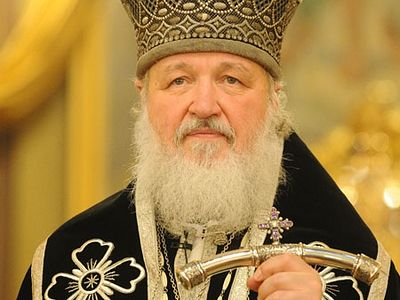 400 Syrian Churches Destroyed, Christianity Nearing ‘Extinction’ in Mideast — Russian Orthodox Patriarch "I regularly get reports of horrible crimes that are committed there against Christians, especially in northern Iraq. I have visited those places and I remember that there were many churches and monasteries there. The city of Mosul alone had 45 churches. Now there is not a single one."
Комментарии