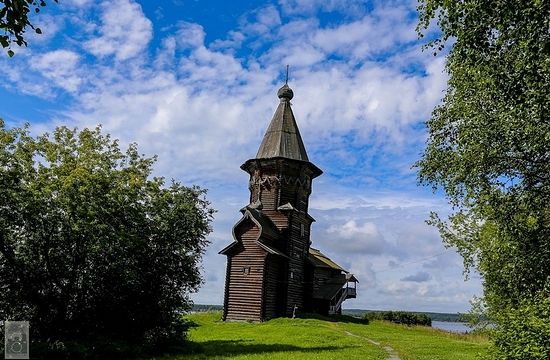 These types of antique wooden churches are extremely rare in Russia. The main reason--they are wooden. Wood doesn't withstand the centuries as well as stone buildings. Fires are of course dangerous for them too. They are also rare because were mainly built in the Russian north. They say they also were built mainly without the use of any metal objects whatsoever, such as nails. So the pictures here are from one of the rarest wooden churches from Kondopoga, Karelia, Russia.

This church is pretty lucky as it has been turned into a museum and is therefore protected by the state.

The Karelia region is one of the rare places in Russia where such churches still exist. There is also the well-known Kizhi park where in Soviet times ancient wooden Russian buildings were collected from other parts of the Russian north into one place. 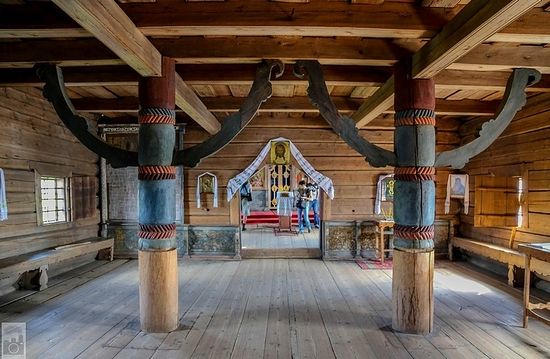 Its wooden interior is also very unique to the Russian north tradition. 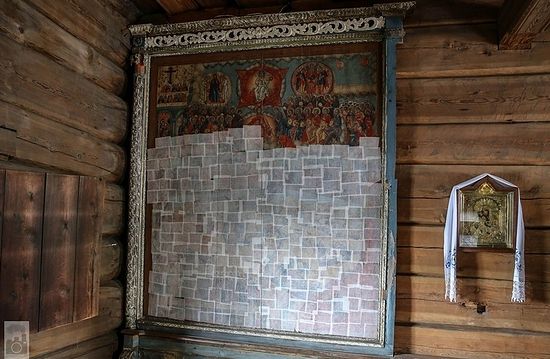 As it is a museum, an old icon is being restored. 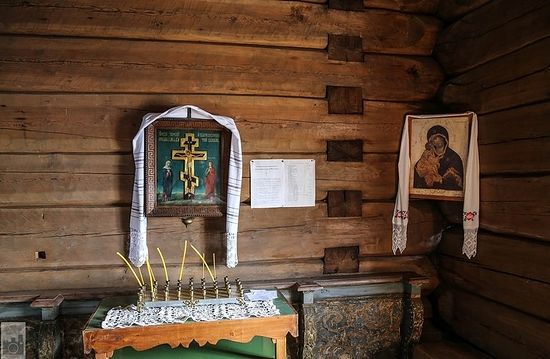 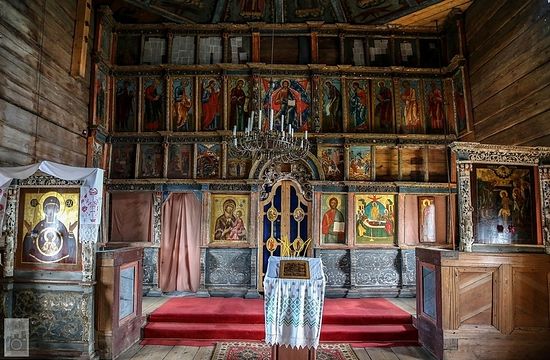 The church has a a five-level iconostasis. Some of the icons date from the 8th century--over 1300 years old! 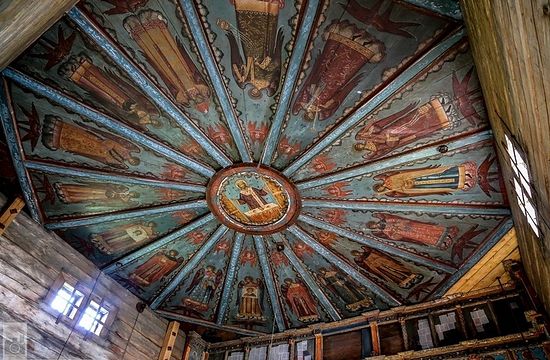 The ceiling is painted like the sky with a Christ figure in the middle. 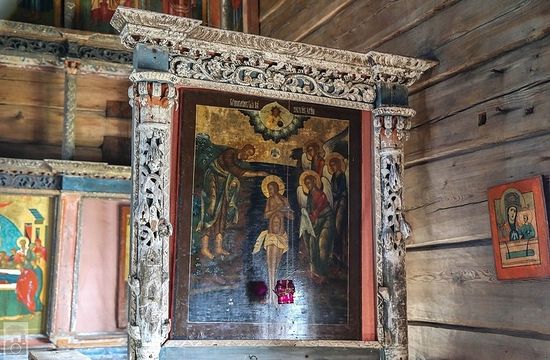 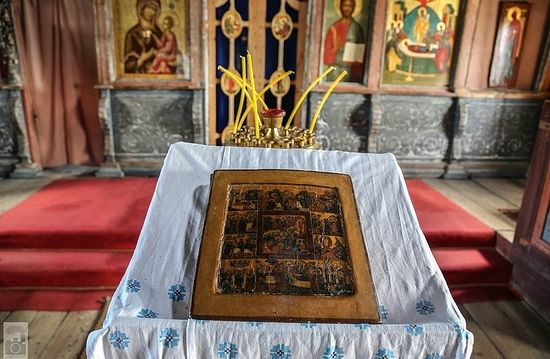 Even just looking at photos of the church one can feel the holiness of this place. 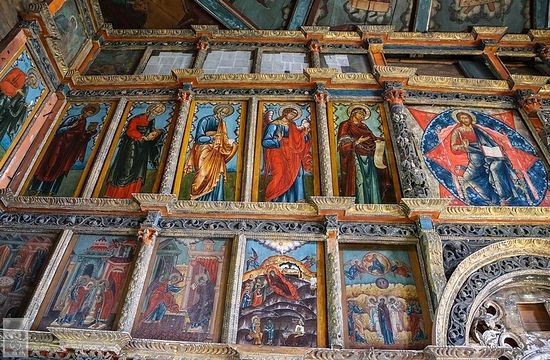 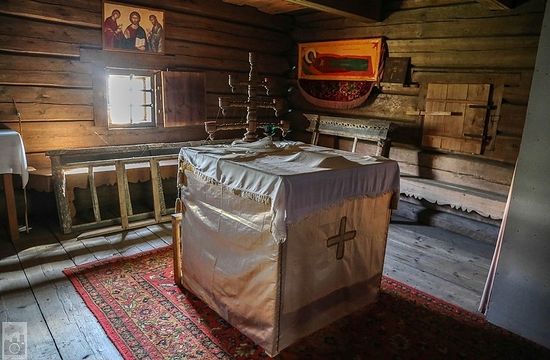 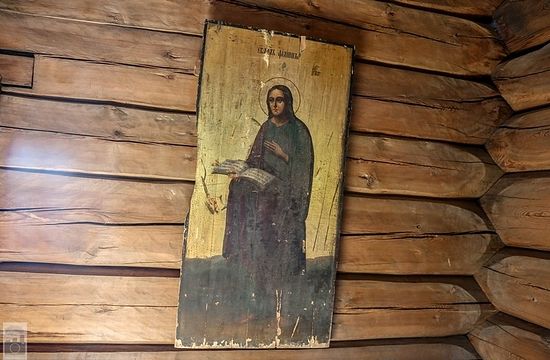 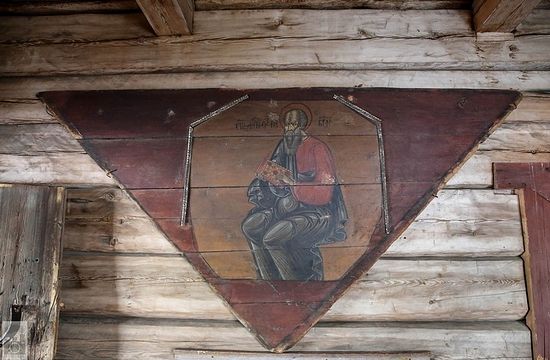 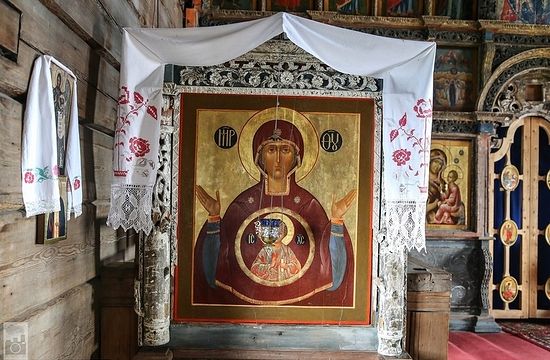 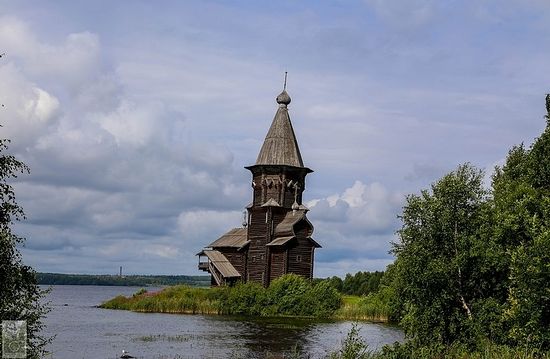 What is interesting is that this church was never rebuilt. It has stayed like this for more than three hundred years and sadly it tilts like the leaning tower of Pisa. The people are afraid to rebuild it and so it will stay like this. 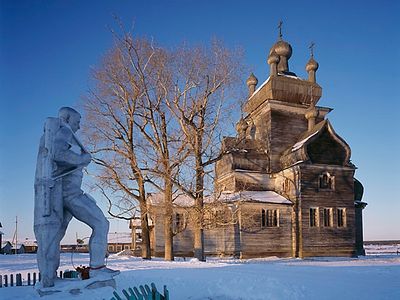 Wooden Churches in the Russian North

Wooden Churches in the Russian North British architectural photographer Richard Davies is exhibiting a series of stunningly beautiful images of endangered, centuries-old Wooden Churches in the Russian North at the Museum of Finnish Architecture from March to May. Here’s a selection of the photographs that will be on display. If you can’t make it to Helsinki, be sure to stop by his website for more. 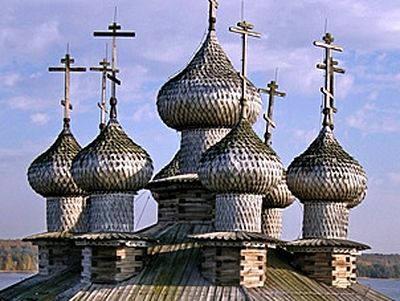 The wonder of Karelia’s wooden churches