Greek servicemen are building a Church dedicated to St. Paisios the Athonite

Servicemen of the small Greek town of Ambelonas (Thessaly administrative region) have started construction of a Church in honor of the newly-canonized saint – Venerable Elder Paisios the Athonite, reports AgionOros. 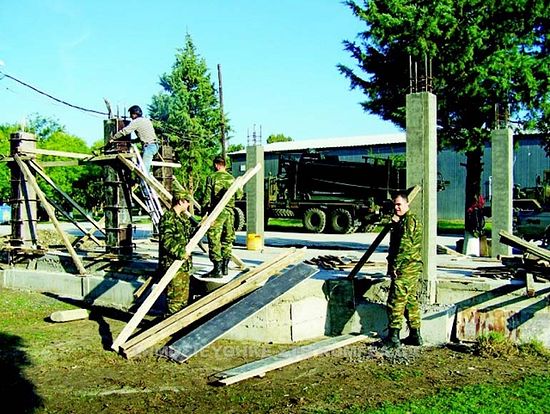 The foundation stone of the new church within a military unit was laid by His Eminence Metropolitan Ignatios of Larissa and commandant of the unit Konstantinos Kostopoulos.

Numerous pilgrims from neighboring towns and villages gathered at the prayer service before the beginning of the construction. Representatives of local civil authorities and high-ranking military officials were present at the event as well.

Protosingelos of the Larissa Metropolis Fr. Achillis stressed that these servicemen would themselves become benefactors of this church (that is, will construct it solely at their expense): “They have taken all the works upon themselves on their own initiative. We are amazed by their perfect knowledge of Elder Paisios’ life through his books and internet sources. I believe the church will be built very soon because the works are going at a very fast pace.”

Metropolitan Ignatios noted the significance of the construction of the new church “in the period of the crisis, when representatives of other denominations in Western Europe, as opposed to the Orthodox Christians, are selling their churches by auction.” The hierarch called upon the faithful to pray to Holy Elder Paisios, “who performs miracles every day and is now supporting the Greek nation which is undergoing trials.” 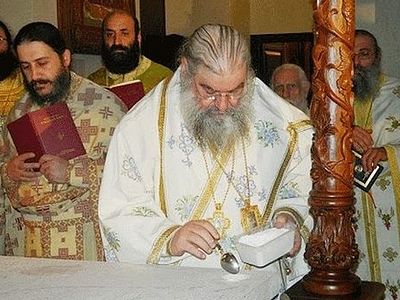 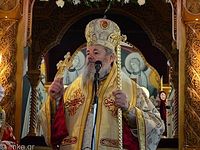 Another Church of St. Paisios of Mt. Athos to be built in Greece

Another Church of St. Paisios of Mt. Athos to be built in Greece On March 22, 2015, after the Sunday evening service at the Church of St. Christopher (Agios Christoforos) in the town of Chania (Crete) His Eminence Metropolitan Damaskinos of Kydonia and Apokoronon addressed himself to its rector, Archpriest Basilios, and the congregation.
Комментарии