On October 13/26, 1957, an outstanding hierarch of the Russian Church Abroad, Archbishop Gregory (Boriskevich) of Chicago and Detroit reposed in the Lord. His biography also outlines the little-known history of the Belorussian autonomous Church and the circumstances surrounding it in the early twentieth century. 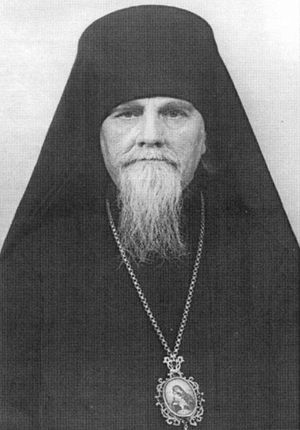 Vladika Gregory was born to Ioann and Juliana Borishkevitch on 18 April 1889 in the small village of Mezhirinsk, located in the Rovno District where Lithuanians, Poles, Russians, and Cossacks had battled over the lands for hundreds of years. Baptized with the name of the Holy Greatmartyr, Trophy-Bearer and Wonderworker George, the future Vladika Gregory graduated from the local church high school in 1904 and from the Diocesan Seminary of Volhynia in 1910, when the Seminary was located in Zhitomir. The Volhynia Spiritual Seminary had a long history, dating from 1796, and had formerly been located at the Preobrazhensky Monastery in Ostrog-a former center of education in the Western Ukraine.

He furthered his education at the Imperial Kazan Theological Academy, from which he graduated as a Candidate of Theology (Master’s Degree) in July 1914. The ruling hierarch of the Diocese of Volhynia at the time was Archbishop Antony1, who had been Rector of the Kazan Academy 1894-1900. Vladika Antony gave his blessing to the young George Borishkevitch to study for the priesthood. Several future Hierarchs of the ROCOR also attended the Kazan Theological Academy: Bishop Jonah of Hankow 2; Metropolitan Melety of Harbin & Manchuria3; Metropolitan Nestor of Kirovograd & Nikolaev 4; Metropolitan Panteleimon (Rozhnovsky); Archbishop Simon of Peking & China 5; Archbishop Tikhon of San Francisco & Western America 6; Archbishop Vitaly of Eastern America & Jersey City 7; and Metropolitan Vladimir of Paris & Western Europe, successor of Metropolitan Evlogy (Georgievsky) as head of the “Paris Jurisdiction” under the Patriarchate of Constantinople 8.

After his graduation from the Kazan Theological Academy, the young George Borishkevitch was tonsured a reader by Vladika Antony’s successor at the head of the Diocese of Volhynia, Archbishop Evlogy 9 The Reader George Borishkevitch served in Saint Paul’s Church in Zhitomir. After his marriage to Angelina Vassilievna Zagorovskaia, he was ordained to the diaconate by Bishop Faddei of Vladimir-Volhynia 10 on 30 January 1916 and to the priesthood by Archbishop Evlogy (Georgievsky) on 2 February 1916. After his ordination, the future Vladika Gregory held numerous teaching and administrative posts in Diocesan schools, such as the Women’s Diocesan High School, the High School in Kremenets, and the Diocesan Seminary. He taught the Law of God, Liturgics, Russian language, and Russian history.

Due to the tremendous upheavals caused by the bolshevik revolt, the Russian Civil War, and concurrent battles between the bolsheviks and the newly independent state of Poland, much of the Diocese of Volhynia found itself included within the borders of the new Polish State. Due to the changing borders caused by revolution and war, the young Father George Borishkevitch came to live and serve the Holy Church in Poland. His matushka, Angelina, reposed in 1920. That same year, he was assigned as parish priest at the Church of Saint John the Theologian in Borisovitch.

In 1924, Metropolitan Dionisy (Waledinsky) appointed Father George Borishkevitch as Dean over a number of parishes of the new Polish Orthodox Church. In 1927, he was appointed rector of the Vladimir-Volhynsky Cathedral, and in 1932 rector of the Kremenets Cathedral. On 1 January 1939, he was appointed rector of the Holy Protection Cathedral in Grodno. Throughout these years, the future Vladika Gregory continued his educational work both as a teacher and an administrator, and also served on the Diocesan Missionary Committee, the Diocesan Spiritual Consistory, and as Diocesan Dean.

After the Germans invaded the Soviet Union, they allowed religious freedom-of a sort- to the inhabitants of the areas they controlled. However, they mistrusted a unified Russian Orthodox Church, and would not allow the Moscow Patriarchate, the Polish Orthodox Church, nor the Russian Church Abroad to minister to the Orthodox inhabitants of Byelorussia, which the Germans had separated from Poland and the Soviet Union. Hoping to foment anti-bolshevik and anti-Russian sentiments in Byelorussia, the Germans supported Byelorussian nationalism, and the creation of a Byelorussian Autocephalous Orthodox Church. Because of the wisdom and high spiritual caliber of the Hierarchs in Byelorussia, an autocephalous Church was never established. The Church in Byelorussia during World War II was called the Byelorussian Autonomous Church, as it declared itself free from the dictates of the сommunist controlled Moscow Patriarchate. Although discouraged by the German occupation authorities, this newly free part of the Russian Orthodox Church almost immediately established contacts with the Russian Church Abroad, and cooperated with the Church Abroad whenever possible. The head of the Byelorussian Autonomous Church was Metropolitan Panteleimon of Minsk and All Byelorussia 14, a well-respected hierarch since his consecration to the Episcopate as Bishop of Dvinsk in 1913.

In 1942, Archbishop Venedikt 15 of Grodno recommended the widowed Mitred Protopresbyter George Borishkevitch as a candidate for the episcopate of the Byelorussian Autonomous Church. Vladika Venedikt not only sent his recommendation to Metropolitan Panteleimon (Rozhnovsky), but also to Metropolitan Seraphim 16, head of the Church Abroad’s Central European Metropolitan District. Soon after his recommendation as a candidate for the episcopate, the Mitred Protopresbyter George Borishkevitch was tonsured a monk with the name Gregory, after Saint Gregory of Nyssa. Soon after his tonsure, he was elevated to Archimandrite.

In October of 1943, the Council of Bishops of the Russian Orthodox Church Outside of Russia met in Vienna, Austria. Also represented at the Council were two newly free parts of the Russian Orthodox Church-the Byelorussian Autonomous Church, and the Ukrainian Autonomous Church. The principal business of the Council was to condemn the election of Metropolitan Sergius 17 as Patriarch of Moscow and All Russia. The Council issued an epistle declaring the election as uncanonical and invalid.

On 11/24 October 1943, during the Divine Liturgy celebrated in the Saint Nicholas Cathedral in Vienna, Archimandrite Gregory (Borishkevitch) was consecrated to the episcopate as Bishop of Gomel and Mozirsk for the Byelorussian Autonomous Church. Presiding over the consecration was Metropolitan Anastassy 18, Chief Hierarch of the Russian Orthodox Church Outside of Russia, assisted by Metropolitan Seraphim (Alexander Ivanovich Lukianov, 23 Aug 1879-18 Feb 1959) of Paris and Western Europe; Metropolitan Seraphim (Lade) of Berlin and Central Europe; Bishop Sergey of Prague 19; Bishop Venedikt of Grodno of the Byelorussian Autonomous Church; Bishop Vassily of Vienna 20; and Bishop Philip of Potsdam 21. (This episcopal concecration became the first in the series of problematic consecrations performed by the ROCOR for the Church of Russia; in this case, for the Belarussian Church, which is subordinate to the Moscow Patriarchate – ed.)

Vladika Gregory became ill with cancer in 1957, and reposed in the Lord on 13/26 October 1957, just two days after the 14th anniversary of his consecration to the episcopate. He was buried in the monastic cemetery behind the Holy Trinity Cathedral at Holy Trinity- Monastery in Jordanville, New York.

9. Vassily Semenovich Georgievsky, later Metropolitan and leader of the “Paris jurisdiction,” which broke from the Russian Church Abroad in 1926. 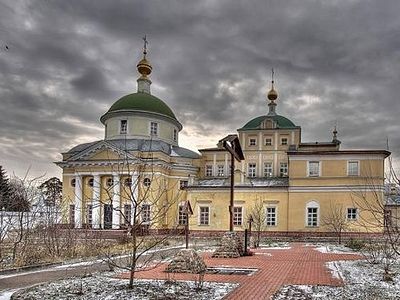 Memorial to victims of repression may be set up in a monastery near Moscow Representatives of the public are proposing to set up a new memorial on the territory of the St. Catherine’s Monastery in Vidnoye—a small town about 5 kilometers south of Moscow, where the “Sukhanovka” (officially: “Sukhanovo”) political secret special-regime prison was located in the Soviet era. 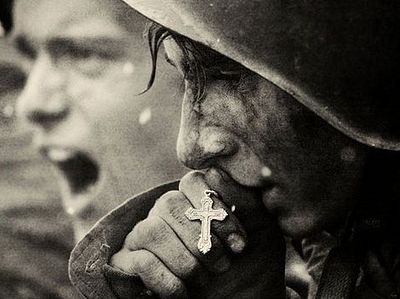 During World War II, many people in the USSR turned to Christ This is indicated by numerous appeals by Soviet citizens to the authorities with requests to opening the churches. This phenomenon demonstrates the national trend. 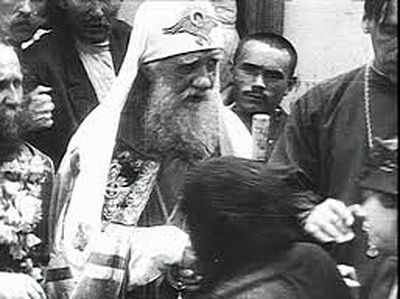 The Quiet Courage of Patriarch Tikhon Georgiy Velikanov Patriarch Tikhon, without a doubt, was a “point of intersection” for all the Russian Church’s modern history. At him intersect all the different paths chosen by hierarchs and simple believers.
Комментарии