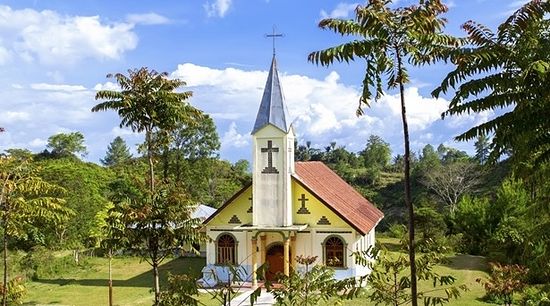 In 2006, Indonesia passed a law requiring minority religious groups to collect signatures from the local majority group before building houses of worship. For instance, when Indonesia’s largest Protestant organization, decided to build in a suburb of Jakarta, it was required to secure signatures of approval from 60 Christians and 90 people from another faith.

Since the passage of this “religious harmony” bill, which was touted by lawmakers as a long-term solution to religious conflicts, more than 1,000 Indonesian Christian churches have closed. Others have never been built.

“It shows the failures of the religious harmony regulation,” Human Rights Watch researcher Andreas Harsono told Foreign Policy. “It discriminates [against] minorities, thus making way for the majority, mostly Muslim hard-liners in Indonesia, to pressure the government to close down churches.”

Just last month, the law sparked violence that eventually scared about 8,000 Indonesian Christians from their homes in Aceh province. In the country’s only province which follows Sharia law, Muslims had complained to authorities that 10 houses of worship lacked building permits and were illegally constructed, reported World Watch Monitor.

Local authorities agreed to demolish the churches over two weeks. But a 700-person mob got there first, and a Muslim man was shot dead after the mob burned down a church that was not on the list.

Building permits are also at the heart of two long-running cases in Java, another Indonesian province.

When the Presbyterian group GKI (Indonesian Christian Church) tried to open a site in a Jakarta suburb, it was accused of falsifying signatures. In 2008, local authorities froze its license, and two years later, sealed the church.

Meanwhile, HKBP gathered its signatures and won the approval of the local government to build a church in another Jakara suburb. While it waited for a permit, the church built a temporary structure. But permission was ultimately denied, and in 2010, the temporary structure was closed down.

When the Indonesian Supreme Court later overruled the decision, local authorities refused to open the church.

So for the past three years, dozens of Christians from GKI and HKBP have been gathering on Sundays to worship in a plaza near the country’s national monument and presidential palace as a way to protest the local government’s inaction.

“We are doing more than just getting our church building,” church member Bona Sigalingging told the Global Post. “This is our attempt to keep Indonesia a country for all. Indonesia is not a country based on any one religion.”

The two churches aren’t alone: dozens of Christian leaders have complained that even though they fulfill the requirements, the government has denied them permits,according to Human Rights Watch World Report. A 2013 report found that 80 percent of houses of worship, including mosques, lack permits, according to World Watch Monitor.

“The parliament is dominated by opposition parties, some of which are Islamist and can make it difficult for the president to function,” it stated. “However, just as Jokowi has managed to win their support for passing important bills, it is not impossible for him to make his way to adopt a strict policy in the area of law and order. After all, every incident of blocking of worship services, violent attacks, and closure of churches is a blatant violation of law.”

One potential break for Indonesian Christians: A prominent Muslim leader who worked against Christian churches passed away in October. Imam Baihaqi was said “to have been the key person behind the church closures and had considerable influence over the government,” reported Open Doors.

“Pray that his death will help improve the religious situation in the region,” Open Doors wrote.

Indonesia, which boasts the world’s largest Muslim population, ranks #47 on the 2015 World Watch List. Nearly 240,000,000 people live in Indonesia, about 10 percent of them are Christians. 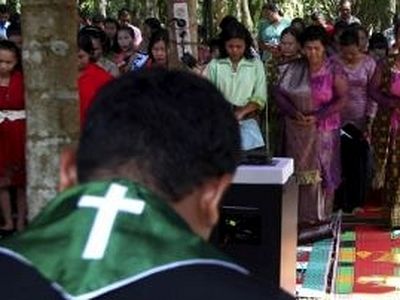 Christian Churches Demolished in Indonesia to Appease Mob of Enraged Muslims Authorities in the Aceh province of Indonesia began tearing down a number of Christian churches on Monday at the demand of hardline Muslims, as religious tensions have risen in the province in recent weeks. 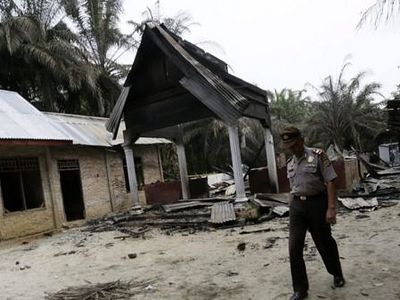 Christian Community in Indonesia Asking For Prayers After Muslim Extremists Torch Churches, Leaving One Dead The Christian community in Indonesia's Aceh province is asking for prayers after a group of Muslim extremists torched three church buildings on Tuesday, killing one person in the process. The criminal acts reportedly followed a social media message spread by Muslim extremists on Friday urging others to take action against Christian churches in the region. 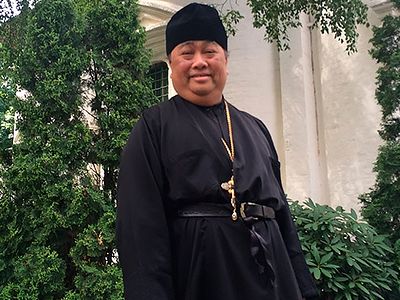