Memory of St. Sebastian of San Francisco and Jackson Celebrated 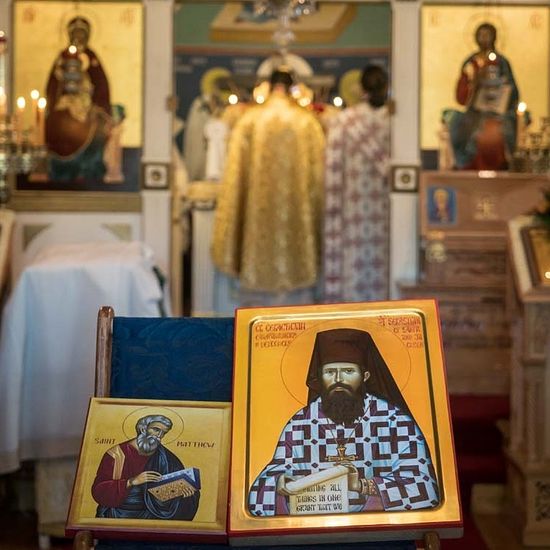 With the translation of his holy relics from Los Angeles to Jackson, CA, our newly glorified Saint came alive for us, as if he had never reposed and was not separated from us in time by over eighty years. The festivities began on Sunday with the Divine Liturgy served by Archbishop Benjamin (OCA), Bishop Maxim, Abbot Sava of Tvrdos Monastery, Abbot Damascene of Platina, Priests Lazar Vasiljevic, Nicholas Ceko, Steven Tumbas, Gregory Edwards, Blasko Paraklis, James Barfield, and Deacons Dragan Stojanovic and Zoran Aleksic. Fr Steve Tumbas was elevated to the rank of stavrophore and Protodeacon Triva Pavlov received the metal of St Sebastian.

May the intercessions of Saint Sebastian offer to God the prayers and supplications of all the faithful. 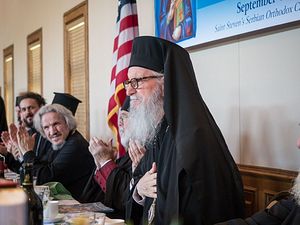 Symposium in Honor of Newly-Glorified St. Sebastian Dabovich Jesse Dominick "The glorification of a saint is an honor and ennobling of human nature. It is the unveiling of the true calling of every one of us in this room and of every human being. It is the accomplishment of God’s will for the human race and it is the culmination of all of the saving acts of our Lord Jesus Christ. It is the reason for the Incarnation, it is the reason for the Transfiguration, it is the reason for the Passion and Crucifixion of our Savior. It’s the fruit of the Resurrection. It is the continuance of our Savior’s ennobling of human nature through the glorious Ascension forty days after His Resurrection and it is the direct result of the outpouring of the Holy Spirit on the Church on the day of Pentecost." 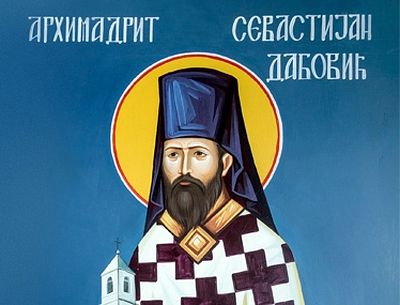 His Holiness Patriarch Irinej and His Eminence Archbishop Demetrios Preach at the Divine Liturgy of Canonization of St. Sebastian Dabovich

His Holiness Patriarch Irinej and His Eminence Archbishop Demetrios Preach at the Divine Liturgy of Canonization of St. Sebastian Dabovich Jesse Dominick "Proclaiming him a holy, Christ-bearing God-pleaser of the Orthodox Church, we pray to the Lord that his witness of the Only Lover of man, and his living examples of faith and love be an invitation to us all that we follow and glorify him in Christ's Church in the divine services and through hymns of praise. This glorification bestows upon God's Church a great spiritual joy and thanksgiving to the Living Lord." 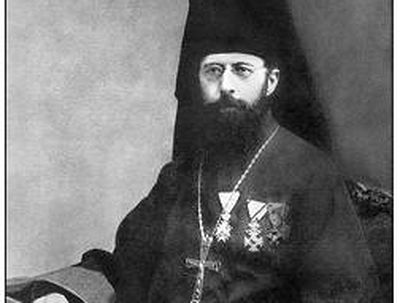 On the Feast of the Ascension: A Sermon by Our Righteous Father Sebastian Dabovich San Francisco, 1899 St. Sebastian Dabovich The "two men in white apparel," who immediately after the ascension of the Lord appeared to the Apostles and asked them why they stood gazing up into heaven, were without doubt themselves inhabitants of heaven; therefore it is not to be supposed that this was displeasing to them, or that they desired to direct the gaze of those men of Galilee elsewhere. No. They desired only to put an end to the inert amazement of the Apostles when saying: Why stand ye gazing up into heaven?
Комментарии