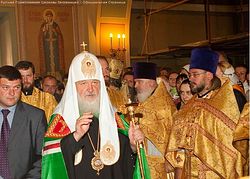 A youth group hailing from various dioceses of the Russian Orthodox Church Outside of Russia, headed by Protopriest Andrei Sommer, arrived in Moscow on July 6, 2010. That day, the young worshipers prayed during all-night vigil at the Cathedral of Christ the Savior, and visited Red Square. The following morning, the feast day of the Nativity of John the Forerunner, Fr Andrei and the young pilgrims prayed at St John the Forerunner Church in Presna, at which His Holiness Patriarch Kirill of Moscow and All Russia performed the great consecration of this church, which had undergone fundamental restoration of its interior and main structure, and also reconstruction of the central altar table. After the ceremony, the Primate of the Russian Orthodox Church celebrated Divine Liturgy in the renovated church. 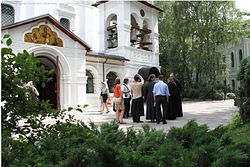 On Thursday, July 8, the youth group visited Novodevichy and Sretensky Monasteries in the Russian capital and participated in the celebration of SS Peter and Fevronia of Murom, which is also Russia’s Day of the Family, Love and Devotion.

The young pilgrims are expected to visit other holy sites of Moscow, as well as Holy Transfiguration Solovetsky Stavropegial Monastery. 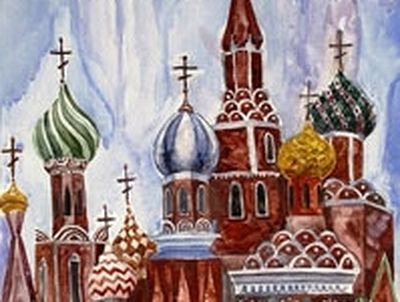 Toronto Parish to lead Children's Pilgrimage to Moscow holy sites Toronto's Holy Trinity Parish of the Russian Orthodox Church Abroad announces that it will lead a children's pilgrimage to the holy sites of Moscow. 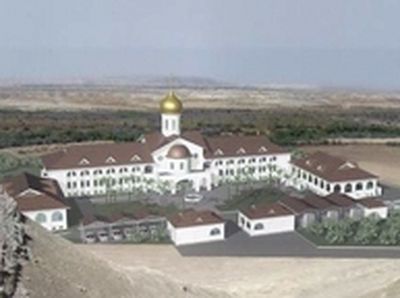 Russian pilgrimage center to open this autumn in Jordan

Russian pilgrimage center to open this autumn in Jordan After four years of construction, the pilgrimage affiliate of the Russian Orthodox Mission (Moscow Patriarchate) is ready to open in Jordan, with only a few final additions remaining. 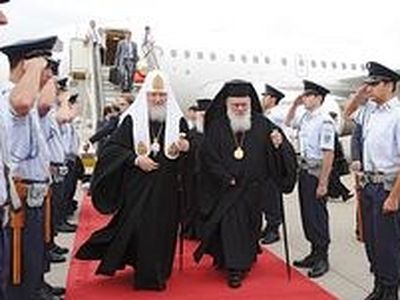