The Holy Synod of the Russian Orthodox Church, chaired by His Holiness Patriarch Kirill of Moscow and All Russia, began its meeting on July 26, 2010, at the Dormition Monastery of the Caves in Kiev.

After the prayer ‘O Heavenly King’, Patriarch Kirill greeted the Holy Synod member and made some introductory remarks:

‘I cordially greet you at the regular session of the Holy Synod meeting at the Laura of Caves in Kiev, next to the relics of venerable fathers who laid the foundation of our Orthodox spiritual monastic feat and built on this foundation the principles of monastic life, which have given us in the past and the present the richest examples of holiness.

‘Standing next to these holy relics, one feels a special power and a special link of times just as we felt it today when we prayed at the first cathedral of all Russia – St. Sophia’s in Kiev. Passing before our mental eyes were names of wonderful men of God, the builders of Holy Rus, missionaries and ascetics. It was from this church that they set out to the vast lands of Rus – to the north, east and west. They were ascetic missionaries who went out into the heathen world relying only on the power of God. Nobody helped them; no authority supported them except the power of God.

‘Drawing support from this power, they Christianized the entire space which we describe today as the spiritual space of Holy Rus’. Therefore our visit to Kiev always provokes thoughts about the past. And since the agenda of our meeting today concerns the present, God grant that we take actions which will help the Church to fulfill her service also in the future’.

Appeal of the Russian Orthodox Church’s Holy Synod to Orthodox Christians in Ukraine Who are Out of Unity with the Holy Church For over twenty years now there have been continued disorders generated by the church schism in Ukraine. Discord and confusion, faction and grievance it has brought cannot but affect the life of Ukrainian Orthodoxy and the society as a whole. The schism has had an impact on people’s lives and frustrated harmony in families and society. But its most terrible result is that a considerable part of the faithful has remained to this day outside communion with the grace-giving fullness of Universal Orthodoxy. 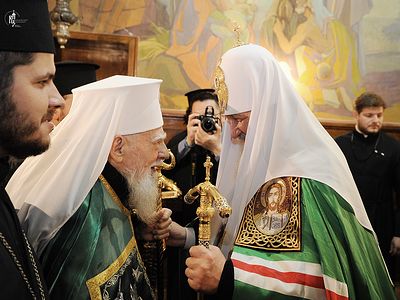 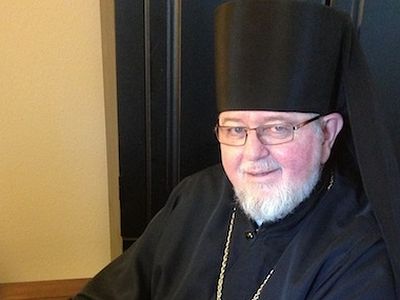