Dear Brothers and Sister Beloved in the Lord,

For over twenty years now there have been continued disorders generated by the church schism in Ukraine. Discord and confusion, faction and grievance it has brought cannot but affect the life of Ukrainian Orthodoxy and the society as a whole. The schism has had an impact on people’s lives and frustrated harmony in families and society. But its most terrible result is that a considerable part of the faithful has remained to this day outside communion with the grace-giving fullness of Universal Orthodoxy. They are deprived of an opportunity to venerate the common shrines of One Church, to pray together with their brothers and sisters in faith, to partake of the Precious Body and Blood of Christ from one Cup; because the principal disaster, to which a schism inevitably leads, is a diminishment of divine grace. According to the first canon of St. Basil the Great, it is indisputable that in communities that have separated themselves from church communion, grace ceased to be imparted when the continuity was broken, for… they who were broken off had become laymen no longer able to confer on others that grace of the Holy Spirit from which they themselves are fallen away.

In recent times, we have been receiving an increasing number of testimonies that many of those who have left the church fold are becoming oppressed by their present situation. It is even sadder for us as we, in the Apostle’s words, have opened wide our hearts to you. We are not withholding our affection from you, but you are withholding yours from us (2 Cor. 6:11-2). What can be more desired that the return of fallen-away brothers into the saving fold of One Holy, Catholic and Apostolic Church? It would be a genuine triumph of Orthodoxy, a triumph of the love of Christ! We pray for the coming of an hour when those who have diverted into a schism will naturally and freely state their wish to come back to the Church’s fold, for the longed-for day which will bring peace and salvation to many worn-out souls. And we believe it will come.

It is sinful and fatal for the soul to live in a schism. There is nothing more fearful for a Christian than to die outside the Church. Many of those who thought about coming back failed to find the strength to do it; others were held back by external circumstances. But these circumstances are becoming things of the past. Now is the time of God’s favor, now is the day of salvation (2 Cor. 6:2). The door of the Church is open. And we are ready to welcome all those who are coming back under her shelter. For, in the words of St. Gregory the Theologian, We do not seek to vanquish our brothers, but to join with them again, as our separation grieves us.

There is nothing humiliating in repentance to which all are led by God’s grace, His humbleness and patience. And there are no obstacles which prevent people from returning to church communion in which, like in heaven, there will be more rejoicing over one sinner who repents than over ninety-nine righteous persons who do not need to repent (Lk. 15:7).

Sometimes a question is raised about the way of accepting back to the Church those to whom the Sacraments including Baptism were administered in the schism. As the age-old church experience has shown, divine grace always heals what is infirm and completes what is lacking. According to St. Cyprian of Carthage, outside the Church there is no salvation. But it is the Church and the Church alone who can fill what happened outside her saving fold with grace and true meaning. Guided by the Holy Spirit, she will decide on the ways to accept her children.

We grieve for the disrupted church unity and pray that all those who are outside communion with the Ukrainian Orthodox Church may return. We ask All-Merciful God that Christ Who is the way and the truth and the life (Jn. 14:6) may guide all on the path of love and unanimity. 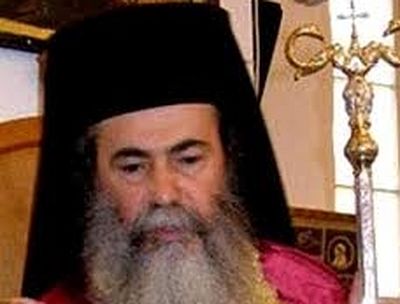 Schismatics seize three more churches in the Ukraine According to Metropolitan Bartholomew of Rovno and Ostrog, followers of the so-called “Kiev Patriarchate”, unrecognized throughout the Orthodox world, are seizing churches of the Ukrainian Orthodox Church of the Moscow Patriarchate. 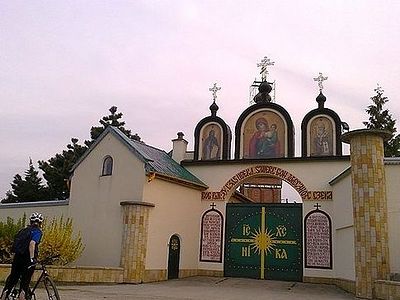 A monastery is closed in Poland for concelebrating with schismatics from “the Kyiv Patriarchate” A monastery has been closed at the Przemysl Diocese of the Polish Orthodox Church by decision of its Holy Synod because of its clergy’s concelebration with representatives of the so-called “Kyiv Patriarchate.” The abbot has been suspended.
Комментарии
Войдите через FaceBook ВКонтакте Яндекс Mail.Ru Google или введите свои данные: