The Serbian Orthodox Church has preserved unity - Television of Serbia

Bishop Teodosije of Raska-Prizren says that monk Artemije's intention to create a "true church" is not realistic, and there is no chance now of the schism in the Church.

In the Diocese of Raska and Prizren it is believed that the attempt of the now defrocked Bishop Artemije and a group of monks to seize monasteries in the north of Kosovo and Metohija was an unique and unprecedented event in the history of the Serbian Orthodox Church. Television of Serbia (RTS), the Serbian national broadcasting service, crew was in the monastery of Duboki Potok, from where Artemije and his followers were escorted to Kraljevo.

After three days of state of siege and incidents, in the monastery of Duboki Potok became a small brotherhood—abbot Romilo and one more monk.

Fr. Romilo witnessed all the recent events in the monastery. He forbade the disgraced bishop Artemije to serve a Liturgy in the church, and after his attempt to take over this and other monasteries on the north of Kosovo and Metohia, the abbot called the police.

The Diocese of Raska-Prizren sustained extensive damage; the priesthood had suffered in silence for a long time, related the abbot of Duboki Potok. He accused the disgraced bishop of manipulating the national feeling of the Kosovo Serbs.

Bishop Teodosije of Raska-Prizren believes that Artemije's plan to start a new church with himself as its head will not succeed.

In the Diocese of Raska-Prizren, the judicial authorities can be expected to take the necessary measures against the group, who has tried forcibly to take over property of the Serbian Orthodox Church, and prevent them from similar attempts in the future.

Translation by the official site of the Serbian Orthodox Church,
edited by Pravoslavie.ru/OrthoChristian.com

Patriarch: All depends on Artemije and his attitude

Patriarch: All depends on Artemije and his attitude The SPC said that there are two possible paths for former bishop Artemije, he can either obey and find peace as a monk in a monastery, if a bishop agrees to take him in, or he can be deflected from the church. 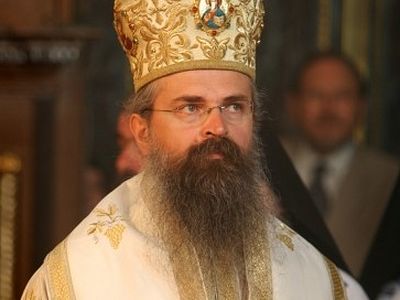 The Attempt to Create a Schism in northern Kosovo Ended as a Complete Fiasco In the early morning hours of 20 November around 5:30 a two-day drama ended in which a group of about forty rebel monks, followers of the former Bishop Artemije, with the help of a group of civilians who came with them, attempted to carry out a coup in the Diocese of Raska and Prizren and by forcible occupation of monasteries to place under the control of Bishop Artemije monasteries in the north of Kosovo and the Raska region. This was a unique event, unprecedented in the history of the Serbian Orthodox Church because it was not a proclamation of schism by an active diocesan bishop, but the forcible usurpation of a Diocese by a retired Bishop who additionally has been banned by the SOC Holy Synod from conducting religious services. 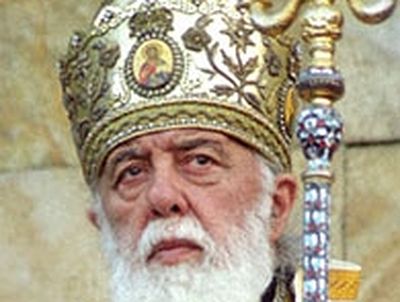 Georgian Patriarch Illia II expressed his position regarding the uncanonical actions of former bishop Artemije The official site of the Serbian Orthodox Church has published a letter from Patriarch Illia II of Georgia to Patriarch Irinej of Serbia regarding the schismatic activities of former bishop, Artemije (Radosavlevich) and a group of his followers.
Комментарии
Войдите через FaceBook ВКонтакте Яндекс Mail.Ru Google или введите свои данные: