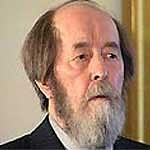 Alexander Solzhenitsyn (1918 – 2008) was one of the greatest Russian civic activists and writers of the 20th century. He dared, almost alone, to challenge the repressive system of the vast Soviet empire – and won. The magnum opus of his long life, The Gulag Archipelago, was written under permanent threat of arrest, with the police ready to search his home or imprison him at any time. Solzhenitsyn had no access to archives, so he traveled across Russia talking to survivors from Soviet labour camps, hiding fragments of his manuscript and forcing himself to work at a ruthless and frenzied pace. As a result, in 1973 the world saw the most compelling testimony ever of crimes committed by the Soviet regime, presented as a vast panorama spanning half a century. The prison camp saga was nothing short of a public outcry against the system of terror that propped up Stalin's rule. The Soviet authorities condemned Solzhenitsyn, but failed to disprove the accusations. The international community learned the ugly truth.

An abridged version, revised by Solzhenitsyn himself, was published in the West almost immediately after the original edition, but in Russia, the entire three-volume set made its belated appearance only in 1990s and has been published unabridged ever since. Of course, this edition had the advantage of presenting, along with painstakingly documented history, a wide-ranging polyphony of the powerful fictional narrative. Yet the formidable tomes made it hard to introduce this outstanding work to a younger readership. That is why until recently The Gulag Archipelago had been optional reading in Russian schools. To make it more accessible, the writer's widow, Natalya Solzhenitsyna, compiled an abbreviated version of the novel, which has been included on the compulsory reading list for Russian 20th century literature in schools.

Excerpts from the RG interview with Natalya Solzhenitsyna:

Why was the abridged Archipelago published much later in Russia than in the United States or United Kingdom?
Twenty five years ago, Alexander grudgingly agreed to abridge the Gulag Archipelago for American students. We were confident then, a bit haughtily perhaps, that Americans would hardly be able to digest the three volumes, but when the work was published in liberated Russia, there would be no question about cutting it to a graspable size. Twenty years passed and Gulag was published... But life became so wildly hectic leaving neither room nor time for reading ... It turned out that even in Russia, many adults have trouble reading a book to the end, let alone teenagers. Today’s hurried lifestyle simply gives them no chance.

What is the key question pupils will feel they have had answered after they read the last page of The Gulag Archipelago?

It is very hard to tell. Each person has his or her own key questions and answers. The Gulag Archipelago is not a didactic novel preaching morals. But I think all readers will realise one thing: it is disgusting that inhuman abuses and atrocities perpetrated in your own country become known and discussed only decades after the fact. This is unacceptable. People must respond immediately. It takes a lot of courage and honesty, but we must not close our eyes to wrongdoing. Because, as we can see from the Archipelago, evil is not everlasting, but it never walks away of its own accord.

The single-volume edition contains a unique snapshot of Alexander Solzhenitsyn in an old padded jacket with his labour camp number "Sch-282" standing at a security checkpoint. Where did this photo come from, who took it? Tell us the story behind the picture.

This photograph was taken in the first days of Solzhenitsyn’s exile, not in the labour camp. But the numbers are genuine; we still have them and keep them as very precious artifacts. These are his authentic prison tag numbers that Alexander smuggled out of the camp inside his padded jacket. Other inmates who were transported with him did the same. It took nearly a month to get them from the camp to the place of exile, although both places were in Kazakhstan. On arrival, they stitched their number tags back onto their prison jackets and took pictures of each other. The camera belonged to Nikolay Zubov. He and his wife, also exiled, became close friends with Alexander though he was much younger. The Zubovs were pictured with affection in the Archipelago and featured as the Kadmin family in his other novel The Cancer Ward. 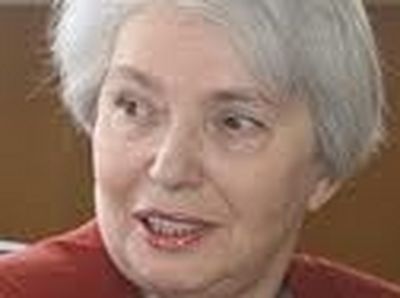 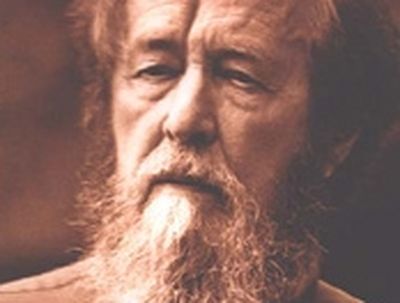 Men Have Forgotten God – Alexander Solzhenitsyn Chris Banescu As a survivor of the Communist Holocaust I am horrified to witness how my beloved America, my adopted country, is gradually being transformed into a secularist and atheistic utopia, where communist ideals are glorified and promoted, while Judeo-Christian values and morality are ridiculed and increasingly eradicated from the public and social consciousness of our nation.