On November 23, 2010 in the Moscow Theological Academy (MTA) a meeting took place of the chairman of the External Relations Department of the Metropolitanate of the Republic of Kazakhstan, the head of the Far East Center of the MTA Hieromonk Seraphim (Petrovsky), and colleagues of the Center, reports the Patriarchal information service, Patriarchia.ru.

Discussed at the meeting were questions concerning the creation of a modern Orthodox catechesis in the Chinese language. The publication will contain selected articles and presentations on relevant themes by Orthodox theologians and archpastors of the Russian Orthodox Church: His Holiness Kirill, Patriarch of Moscow and All Russia, Metropolitan Hilarion of Volokolamsk, head of the Department of External Church Relations of the Moscow Patriarchate, Metropolitan Alexander of Astana and Kazakhstan, and others.

After the close of the meeting, Fr. Seraphim led a class in Chinese language for students of the MTA, amongst whom where Orthodox Christians from Mongolia who are studying this year at the seminary in Astana. 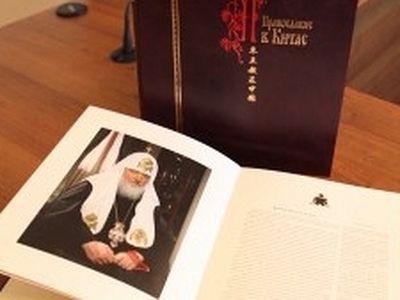 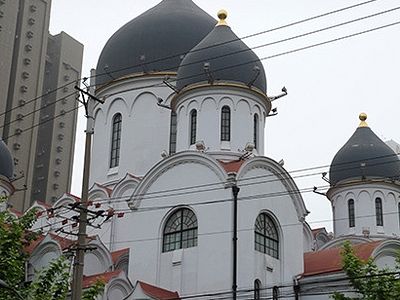 A Comb Worth Fighting For AS A colleague has written in this week's print edition, Christianity in China is experiencing spectacular, but turbulent, growth; by one estimate, the number of Chinese Christians could by 2030 have reached 250m—the largest Christian population of any country in the world.
Комментарии
Войдите через FaceBook ВКонтакте Яндекс Mail.Ru Google или введите свои данные: