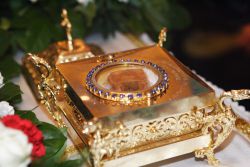 On December 1, with the blessing of His Holiness Kirill, Patriarch of Moscow and All Russia, a reliquary with a piece of the relics of Great Martyr Catherine arrived at Vnukovo airport, Moscow. The relics are being accompanied by the chief hierarch of the Autonomous Archbishopric of Sinai, Archbishop Damian of Faran and Raitha, and Archbiship Vikenty of Ekaterinburg and Verkhotourye, reports Patriarchia.ru.

The relics were taken from the airport to the St. Catherine Monastery in the town of Vidnoe, just south of Moscow, were they were met by Metropolitan Juvenaly of Krutitsa and Kolomna.

Met. Juvenaly thanked Archbishop Damian on behalf of all the clergy and faithful in Russia for the joy he has brought them by bringing these holy relics.

The regional governmental leader, S. N. Koshman, also greeted the delegation on behalf of the Governor of Moscow.

Despite the freezing temperatures outside, a multitude of people came to pray before the holy relics, and molebens with akathists were served throughout the night at the monastery before the relics of the Great Martyr.

On December 2, after Divine Liturgy, the relics were taken to the Christ the Savior Cathedral in Moscow. 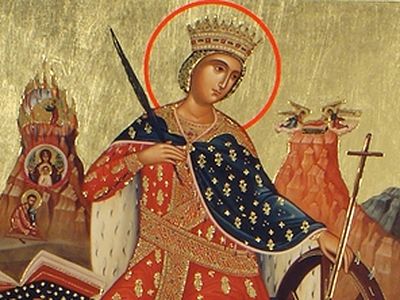 Holy Great Martyr Catherine Metropolitan Anthony of Sourozh And to her also occurred what we read today in the Gospel passage appointed for her commemoration day; about what will happen when the end of time approaches: There will be wars and rumors of wars, earthquakes, people will rise up against people, nations against nations; hatred will possess thousands of people… 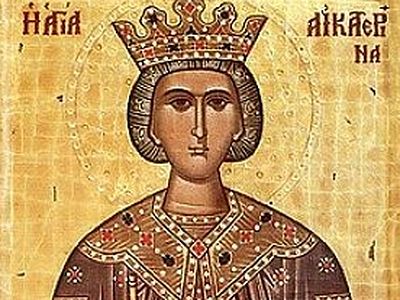 “In Christ a man receives more than he lost in Adam” A Conversation with Archbishop Damian of Sinai and Pharan Deacon Vladimir Vasilik But then let us think about what kind of purity a man must acquire in order to enter into this Kingdom. Let us not put off our salvation till later, nor hope that we will be purified before death or even at the time of death, or that we will land in “purgatory,” as the Catholics mistakenly think. For those who say, “Later,” it will never come. Therefore let us be concerned about our salvation now, while it is still possible to say, “Now.”
Комментарии
Войдите через FaceBook ВКонтакте Яндекс Mail.Ru Google или введите свои данные: