Τhe Greek-Cypriot Government Grants Land to the Patriarchate of Alexandria 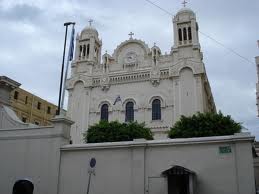 The government of the Republic of Cyprus has decided to grant land in the suburban area of Nicosia to the Greek Orthodox Patriarchate of Alexandria for building a Missionary Centre.

Referring to the rapid developments in Egypt, Theodore II said that there would soon be elections in the country and the new president will have loads of work ahead of him, given the plaguing economic hardships.

The Greek Orthodox Patriarch also commented on the relations of Orthodox and Muslims in Egypt, who have began realizing that fanaticism and violence lead to a dead end.