British Christians fed up with 'coarse, sneering' mockery of Christianity 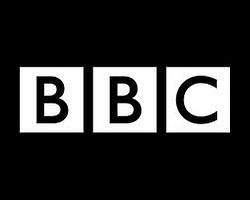 Ann Widdecombe, a former Conservative Party MP and social commentator, has written in the Daily Telegraph that British people are fed up with the increasingly unfunny and hateful barbs against Christianity in comedy programs.

“The laughs today,” she wrote in an op-ed, “are sought not in subtlety but in coarseness, sneering at the creed having replaced satire aimed at the believers, and mockery of the person of Christ replacing mockery of His all too fallible followers. It is a vital distinction.”

“Although Christianity and comedy have long been natural bedfellows,” she added, “something has changed in recent years. Gentle mockery or sharp satire aimed at Christians and their leaders have been replaced by abuse of Christianity itself.”

Widdecombe, a convert to Catholicism from the Anglican Church, was asked by the BBC to investigate why Christianity is such an appealing target for comedians and why Christians might not like it.

After all, the BBC execs reasoned, “comedy producers respect Islam sufficiently to avoid laughing at the Prophet, so why are even the most sacred aspects of this country’s major faith seemingly the stuff of so much comedy? Is it because the Church here is seen as part of the Establishment? Or is it due to the rise of militant atheism? Or is it simply that comics would be afraid to do to Islam that which they regularly do in their routines to Christianity?”

Widdecombe describes one comedy film, banned by the BBC, in which a Catholic Eucharist was mocked by a couple who treated it like an hors d'oeuvre, putting chutney on it and ordering bottles of wine to accompany it.

“We had to get special permission to view it but those who made it were unrepentant, apparently oblivious to the enormity of the offence caused. Anil Gupta, one of the creators of the series, still felt aggrieved at the ban.”

Widdecombe explained to comedian Marcus Brigstocke why she was so offended by the film, and whether he felt there could be any line he would not cross in offending religious beliefs. Brigstocke surprised her by saying that her explanation had given him “pause for thought.”

“Stand-up comics tend to make two assumptions: that Christians have no sense of humor and that all their audiences are unbelievers,” she said. “Such comics work on the principle that only stupid people believe in God and that their audiences are too intelligent to do so and will therefore share any joke directed at any aspect of religion.” 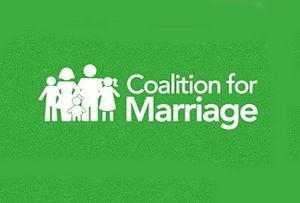 At the same time, a new ComRes survey, commissioned by the Coalition for Marriage, found that 67 percent of 535 practicing Christians polled feel they are part of a “persecuted minority”. It also found that 76 percent said that many people opposed to “same-sex marriage” are reluctant to say so for fear of being called a bigot. Colin Hart, Campaign Director of the Coalition for Marriage, said the poll showed “how Christians and those of faith are being treated like illegal aliens in their own country. They are being marginalised and persecuted for their beliefs.”

The ComRes report follows news that a young graphic designer is suing an Essex hotel that refused to hire him on the grounds that he was a Christian and the rest of the hotel staff would not want to interact with him. 24 year-old Jamie Haxby said that Celie Parker, manager Prested Hall country house hotel near Colchester, had left him feeling “victimized and persecuted” when she told him he could not do advertising work for them because of his beliefs.

Haxby said he did not bring up his beliefs in the interview, but his portfolio includes work for a number of churches and Christian groups. “She said that judging from my work I was clearly a committed Christian, and I understood from what she was saying that it would be very difficult for me to work there,” Haxby said.

“I told her I was not the kind of person who would preach at people or make them feel uncomfortable,” he told the Daily Mail. Haxby has lodged a complaint with the East London employment tribunal.

Parker has since denied the charge that she refused Haxby because of his beliefs, saying there are Christians employed by the hotel.

The BBC has already admitted its own biases against Christianity and traditional social mores on several occasions.

In 2006, a leaked memo from a secret meeting on “impartiality” revealed that the BBC is fully aware of its own relentless attacks on Christianity as well as its strongly favorable bias towards Islam.

BBC executives also admitted the corporation is dominated by homosexuals.

Tossing the Bible into a garbage can on a comedy show would be acceptable, the memo said, but not the Koran.

In the lead-up to the visit to Britain in 2010 by Pope Benedict XVI, the BBC came under heavy criticism for producing months of anti-Catholic materials, including a documentary created by Peter Tatchell, a leading homosexualist and anti-Catholic campaigner.

Veteran BBC news presenter Michael Buerk wrote in 2011 that the BBC’s self-appointed task is to evangelize its “creed of political correctness.”

“What the BBC regards as normal and abnormal, what is moderate or extreme, where the centre of gravity of an issue lies, are conditioned by the common set of assumptions held by the people who work for it,” Buerk said.

At that time, Peter Sissons, a top BBC anchorman said that left-wing bias is “written into the BBC’s DNA.”

He added, “The one thing guaranteed to damage your career prospects at the BBC is letting it be known that you are at odds with the prevailing and deep-rooted BBC attitude towards Life, the Universe and Everything.”

A 2007 report commissioned by the BBC’s own managers and board of governors, the result of a year-long internal investigation, showed a strong liberal bias in the broadcaster’s coverage of certain “single-issue” concerns, including poverty, climate change, religion, and abortion.

In 2006, Andrew Marr, BBC senior political commentator, admitted, "The BBC is not impartial or neutral. It’s a publicly funded, urban organization with an abnormally large number of young people, ethnic minorities and gay people. It has a liberal bias not so much a party-political bias. It is better expressed as a cultural liberal bias.”