Syria: The end of chrisian civilization?

Milena Faustova
The Voice of Russia 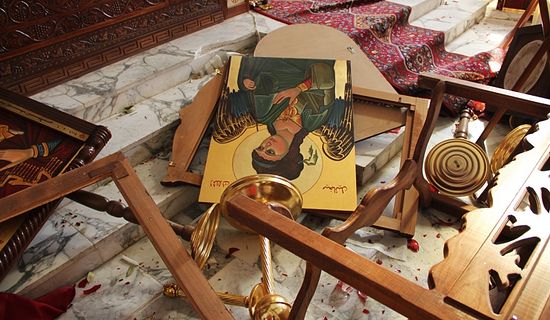 The third-largest city in Syria, Homs has almost completely lost its Christian population. Thousands have been murdered, on the order of millions have fled. The same situation can be observed in Damascus, Aleppo, Khame, Latakia, and other cities. “This is a real religious war, which the world community assiduously takes no notice of,” the President of the Near East Institute, Eugene Satanovsky, believes:

“It is the accepted belief that religious wars have become a thing of the past. But they have become a thing of the past only for those Western politicians who pay no attention to them. Religious wars are going on both in Africa and the Near East. Syria is only one of the bridgeheads for the swift de-Christianization of this region. And since these wars are carried on by fanatic Islamists, representatives of radical terrorist movements, it is not to the advantage of the world community to interfere in them. So far no one has abolished this double standard, and — unlike the 19th century, when the genocide of Christians in Syria or Lebanon still upset a person in Europe or America — today people simply close their eyes to this, out of both economic and geopolitical considerations.” 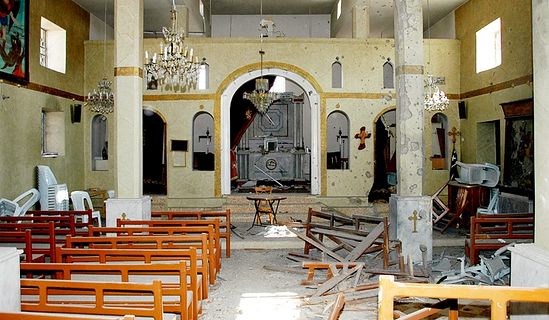 
Apart from the open persecutions, the Christian population in Syria today also more and more frequently becomes small change in the civil war, which has already gone on for three years. Two highly-placed Orthodox metropolitans were kidnapped by Islamists in the spring. One of them is the brother of the present Patriarch of Antioch and all the East, John X. There is still no reliable information about the fate of the hierarchs. And in the beginning of December armed extremists took Igumeniai Pelagia Sayyaf, the abbess of St. Thecla Equal-to-the-Apostles Monastery, hostage — together with several nuns. They are all alive so far, but there are no guarantees that they will be set free, relates the Vice-Chairman of the Department of External Church Relations of the Moscow Patriarchate, Protopriest Nikolai Balashov:

“It has come to light that no less than 16 nuns have been found to be in the hands of the insurgents. Several days after their kidnapping a video taken by their kidnappers appeared on the Web, which was shown to viewers of the Arab channel “Al-Jazira.” The nuns stated in this video that they were all right and that they were hoping to be freed soon. The expressions on their faces, however, were in stark contrast to the words they spoke. As far as we know, the government authorities are still holding talks with the armed group that kidnapped the nuns. But the latter have demanded that a great number of prisoners convicted of terrorist acts or assisting the insurgents be freed from prison.” 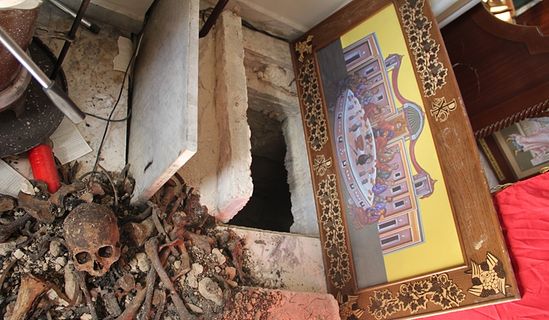 
Christian holy places and sacred objects in Syria are also disappearing from the face of the earth. According to the calculations of specialists, over 60 churches and monasteries have been destroyed, many of which had an almost 2000-year-old history and were unique memorials of world culture. The heads of all the Christian churches of the world, including the Russian Orthodox, are now actively calling upon people to stop the genocide of Christians in the Near East and to save Christian culture. It is the Russian authorities who are devoting special attention to this problem, continues the Orthodox priest:

“The primates and representatives of all the Orthodox churches of the world were gathered in Moscow in July of this year for the celebration of the 1025th anniversary of the Baptism of Rus’. They expressed their point of view regarding the problem of saving the Christians in the Near East — and in Syria in particular — in a joint document. This document was given to the President of Russia, Vladimir Putin. And the actions of the authorities of Russia in connection with the Near East conflict, and especially with the situation in Syria, have not been without results. They have already been able to prevent large-scale foreign intervention in this country, which without doubt would have led to a still greater loss among the Christian population.” 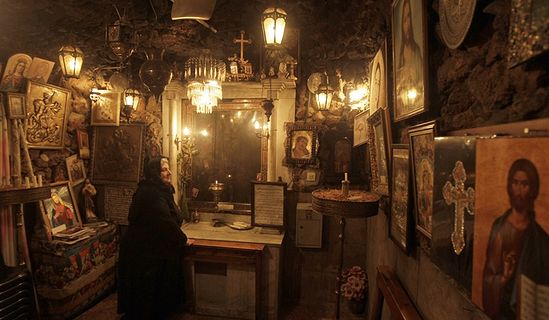 
Together with the Russian Orthodox Church, the Imperial Orthodox Palestine Society — the oldest non-governmental organization in Russia — renders humanitarian aid to the needy citizens of Syria . “Since the beginning of this year we have already shipped more than 70 tons of goods to the region,” the vice-chairman of the Imperial Orthodox Palestine Society, Elena Agapova told the Voice of Russia:

“In March of this year our Society decided to respond and give help to the suffering people of Syria. We have already sent humanitarian goods eight times. This summer two MChS (Ministry of Emergency Situations) airplanes were sent to Latakia with our help, and quite recently, on the 10th of December, we collected and sent off 10 tons of baby formula, glucose, and also medicinal preparations.” 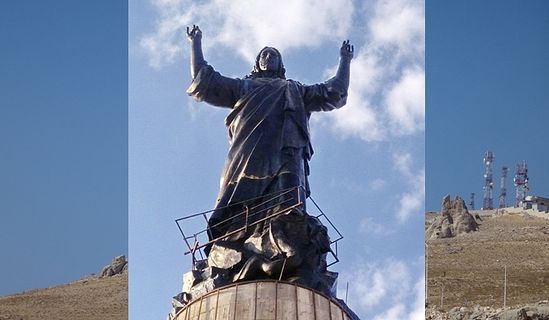 
In October of this year the Saints Paul and George International Fund set up an unusual sculptural composition entitled “I Came to Save the World” on one of the highest hills in Syria. The bronze monument of Jesus Christ giving a blessing, they say, is visible from Lebanon, Jordan, Palestine and Israel, and is a symbol of hope, not only for peace in the whole Near East region, but also for the saving of Christians and Christianity.

‘Whole families murdered’: Syrian rebels execute over 80 civilians outside Damascus Over 80 civilians in a town northwest of the Syrian capital of Damascus have been executed by Islamist rebels. Many others were kidnapped to be used as human shields.
Комментарии
LP12 мая 2014, 18:00
There is also a religious war in western civilization. It's with atheism. It has invaded our society and it is a silent killer.
Gerasimos11 февраля 2014, 16:00
Where are the governments of Greece, Russia, Bulgaria Romania, Serbia? Should they not send their special forces in to rescue these Christians?