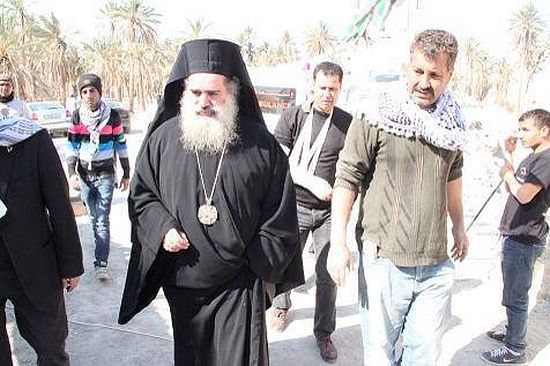 Archbishop Theodosius of Sebaste, known by everybody in the Arab East as Atallah Hanna, has made an official visit to the village of Ein-Hajlia, which was founded last week. 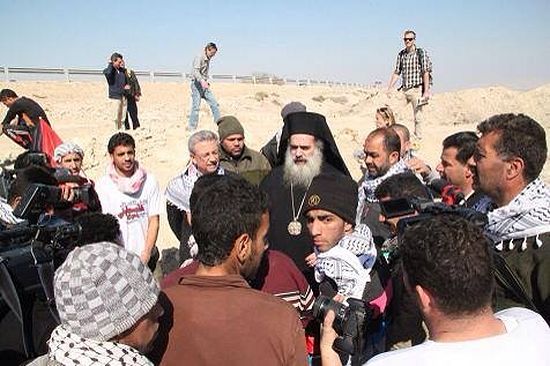 The settlement, which was registered several years ago, is situated in the Jordan Valley area and on the territory of the ancient Monastery of St. Gerasimus of the Jordan, founded by the saint in the mid-5th century. 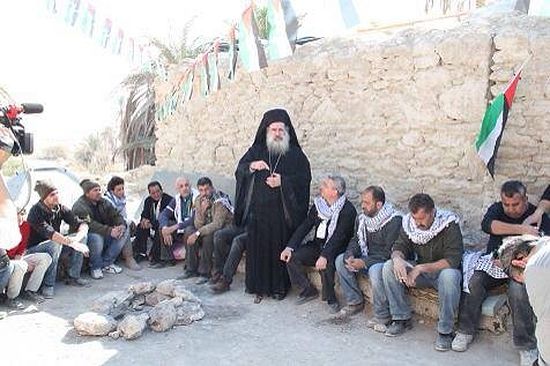 The press service of the hierarch reports that his car was stopped by Israeli roadblock, which without any explanation barred the archbishop and his companions from entering the village. Nevertheless, by circuitous ways, the Orthodox delegation managed to get to the territory of the monastery, and from there to Ein-Hajlia. 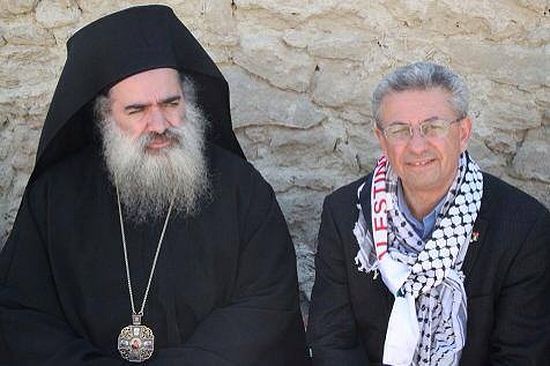 Archbishop Atallah was met in the settlement by local residents and Palestinian public figures, headed by the famous politician, Dr. Mustafa Barghouthi, who, in his turn, thanked the hierarch for his visit and his "firm civic stand". Archbishop Theodosius addressed all those present with words of support and gratitude. 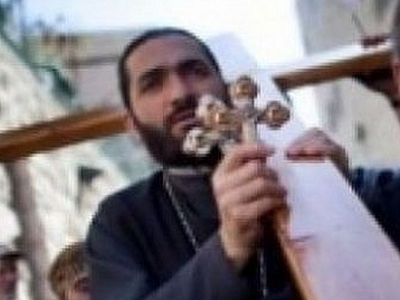 Palestinian Christians: Who are They? Archpriest Panayiotis Papageorgiou, Ph.D 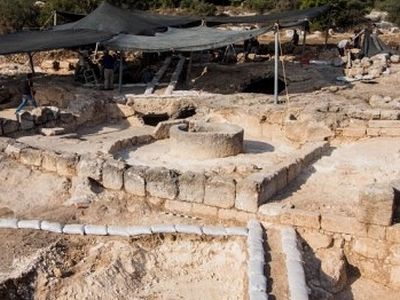 Byzantine Monastery discovered in Israel Archaeologists in Israel have discovered the remains of a Byzantine-era compound near Jerusalem. They believed it is to have once been a monastery and includes an oil press, wine press and mosaics.