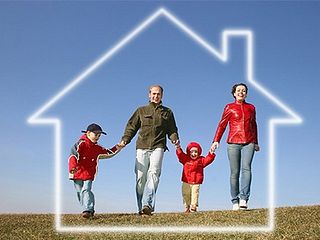 The Prime Minister of the Russian Federation Dmitry Medvedev has signed a decree introducing a ban on adoption of children from Russia by same-sex couples from other countries, reports Interfax.

According to the document, "adults of both sexes, with the exception of individuals who are married to individuals of the same sex whose civil unions are recognized as marriages and registered in accordance with the legislation of a state where these marriages are legalized, as well as individuals who are citizens of the mentioned state but are not married, can be adopters".

In the view of the initiative's authors, the decree will further develop the procedure of sending children "who are without parental care, to be raised by citizens of the Russian Federation and foreign citizens, and ensure the protection of these children’s rights and interests."

Furthermore, the period of preparation and issue of a decision on whether or not a petitioner may adopt has been shortened from 15 days to 20 days.

According to the new regulations, those wishing to adopt a child are no longer obligated to show a certificate of compliance of their living space with the sanitary and technical codes.

This measure is aimed at guaranteeing a harmonious and adequate upbringing of children in foster families, and guarding their state of mind and consciousness against such possible undesirable influences as the "unnatural imposition of non-traditional sexual behavior, and the development of complexes, mental suffering, and stress, which, according to psychologists' research, is often experienced by children brought up by same-sex parents."

The church has approved the introduced ban. "The decision to protect Russian children from such experiments is the choice of our state and our society. They have the right to make this choice, and are not under a diktat from anybody," said Vladimir Legoida, head of the Synodal Information Department. In his view, the complex changes in the Russian Federation's legislation, aimed at promoting children’s rights, "Are the result of a necessity that has been long been ripe."