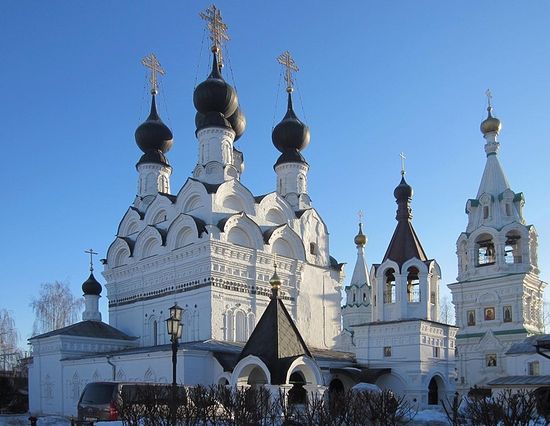 A recent article by William S. Lind in American Conservative points out the obvious: Vladimir Putin's Russia is now the world's foremost defender of conservatism, having replaced in that role the United States that once seemed to protect and defend traditional values everywhere.

Lind starts his commentary with a reminder whose significance many Americans have not yet apprehended.

Quote: "An unfortunate legacy of the Cold War is the negative attitude some American conservatives yet harbor toward Russia."

I had once translated a letter from Alexander Solzhenitsyn President Reagan that provides some insight into the American right's mistrust not of Soviet communism but of Russia itself. You can read it here.

While you may take umbrage with Putin for his KGB past and hence attribute ulterior motives to him that are alien to any love of traditional Russian culture, it is hard to impute ulterior motives to patriot Solzhenitsyn, who was willing to go to Stalin's gulag in the name of truth and justice for his Mother Russia. This mistrust of Solzhenitsyn reflected in this letter shows that anti-Russian "conservatives" are not necessarily motivated by objectivity, although some have ready arguments resting solely on statements of Golitsyn, a man who left Russia in 1962 and could therefore have known nothing about what was transpiring in the Russian power structure for 30 years prior to the fall of the Soviet Union.

In fact 1962 was 52 years ago! The Soviet Union only lasted 69 years so that time span is almost the duration of that entity itself, during which no Westerner was privy to the twists and turns of policy decisions in the Kremlin. But if we can judge by the vast changes from the Stalin era to Krushchev's denunciation of Stalin, then we can easily see that anything can happen in the Russian power center, including abrupt reversals. How then can we presume to know that nothing has changed? A lack of change would indicate a change in itself compared to the tumultuous past.

During my study tour at the U of Leningrad in the early 1970s, I noticed something rather peculiar: The "atheistic" Soviet authorities were spending countless millions of rubles and time to lovingly restore churches bombed by Germany in WWII. Artists could then major in architectural restoration, a very popular course of study. This struck me as strange, and it was, if you consider how the Soviets' fellow communist Mao, by contrast, deliberately destroyed ancient artifacts and temples throughout China.

In other words, the Soviets could easily have done the same as Mao and not lost their power. I firmly believe that their decision to preserve Russian cultural monuments was due not as much to considerations of political expediency but to something hardwired inside these men. Something they may or may not have been aware of themselves.

It was not until Putin spoke and wrote in defense of traditional Russian values that I fully understood these anomalies. I believe that underneath that atheistic exterior were currents of doubt in the worth of cultural suppression and a recognition, at the highest levels, that the Russian people would never – nay, could never – abandon their traditions, including the centerpiece thereof, the church.

When I was working on my Master's degree in Russian language and literature, I discovered how much the Soviets honored their traditional poets and writers, including those who like Dostoevsky and the early Tolstoy wrote in defense of the Russian Orthodox religion. It seems that the decision makers in academe decided that they could not simply bury these writers and their works. They continued to publish and sell them as before in large bulk printings.

All of these things were unmistakable clues as to the thinking of the Politburo and Congress.

As if to tie all these clues together, in the nineties I saw a Soviet movie made during the last days of the Soviet Union titled Repentance. It was filmed in the Georgian language (unrelated to Russian) and is a delightful work of cinematic art. I urge anyone interested in knowing the real truth about Russia and its love for its Christian traditions to see it. It can be viewed here with subtitles.

If you don't have time to see it all, then at least go to 2:21:37, showing an encounter between an old woman – whose husband died at the hands of a cruel Stalinist town mayor named Varlam, who had murdered a restoration artist and church caretaker and destroyed his church – and a middle aged woman, a stranger whom she is asking for directions.

Old Woman (carrying a dilapidated suitcase and speaking to a middle aged woman through an open window in the latter's home): Does this street lead to a church? [She is referring to the church that her defunct husband had cared for as a restoration artist but that was destroyed by Varlam]

Middle Aged Woman: This is Varlam Street. It does not lead to a church.

Old Woman: Then why do you need it? What good is a street that does not lead to a church? 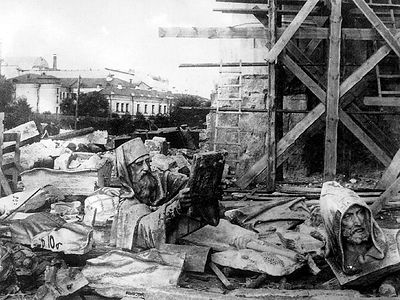 The New Soviet League of Militant Godless It sounds like a scriptwriter's dream. Here we have Russia, a vastly powerful country with a floundering democracy, facing the imminent threat of tyranny. That danger is personified by Vladimir Putin, a former KGB man who looks like, well, a former KGB man, as imagined by John Le Carr&#233;. Standing in his way is a gallant resistance movement symbolized by an all-female rock band, a group of punky young performance artists called Pussy Riot. 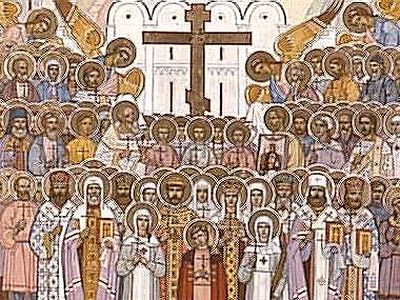 The Soviet period of Russian history requires serious analysis, according to Archpriest Vsevolod Chaplin The Moscow Patriarchate recognizes that more must be done to perpetuate the memory of the victims of repression, including those who died for the faith, and to understand that period in history.

Three-Fourths of Russian Residents Believe that Russia Needs Orthodoxy The Sreda Sociological Service provides information on the opinion of Russian citizens about the necessity of Orthodoxy for the country: 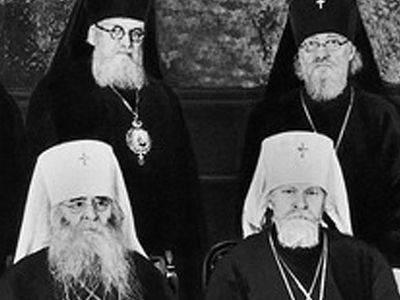 Hold Fast to What You Have Russia through the Eyes of an Orthodox American Olga Kirianova, Peter Lukianov I had goose bumps, and unexpectedly began to cry like a baby. I am standing in church, tears flowing, and I cannot comprehend where I am. It is impossible to relate this in words. Three minutes ago, I was walking along dirty and busy streets of a bustling modern city, and suddenly I am in paradise!

Russia has experienced a spiritual resurrection A quarter century after the Communist nightmare ended, it is the East where Christianity is rising again
Комментарии