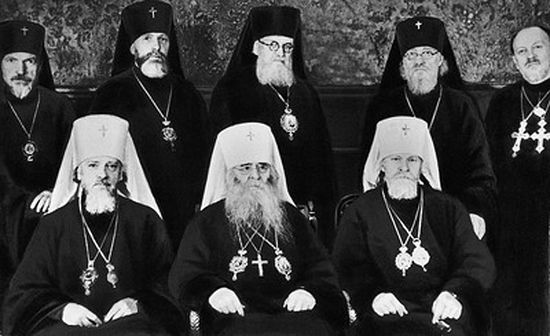 A little known incident concerning the communist regime in the former USSR is the fact that at the height of the last war, with the Nazi armies deep in Russian soil, Joseph Stalin, the Communist dictator, sought the help of the Orthodox Church in order to bolster the morale of his people. This Church had been brutally persecuted by the communists and hundreds of thousands of Orthodox Christians had paid dearly for their faith; countless numbers were sent to the various Gulags to die of cold, starvation and overwork. The regime had gone so far as to blow up (now splendidly rebuilt) Christ the Saviour cathedral in Moscow in the early thirties.

What could have induced the Soviet government, which had officially institutionalized atheism, to turn to God and ask for help to be able to endure and overcome the atrocious situation the Russian people found themselves in? The answer lies in the fact that no matter how much he whispers in our ears words to the contrary, Satan, who Christ called ‘a liar and the father of lies’, there resides in the deep recesses of our hearts a mysterious longing for the divine which cannot be completely quelled. Moreover, sometimes we grudgingly have to accept our utter impotence when faced with certain insurmountable difficulties. Stalin realized that the ideals proposed by Communist ideology were simply not enough to cling to, considering the dire straits the Russian people were in. They needed much more and this could only be provided by turning towards God and asking for His help.

Today, many people in the western developed countries have discarded religion, in this case the Christian faith, believing that somehow life becomes easier to live (and bear) without what they believe are the constraints of religion. But in the words of an eminent Catholic prelate, GiacomoBiffi, this has led to a generation which is ‘sazi e desperati’ – satisfied and desperate. It is undeniable that when the divine has been set aside in one’s life, the emptiness that necessarily results has to be somehow filled up. This often leads us to build our life upon things which in the end prove to be – a career, money, unbridled ambition, political belief, youth, physical appearance, health, etc. Even the love of dear ones comes to an end (at least in this life) through death or other circumstances.

The two great ideologies of the 20th century, Nazism and Communism, had in common the fact that, having waged a fierce war against religion, they tried vainly to replace it with the deification of their leaders, Hitler and Stalin and their political ideals. It did not work and millions died in the process.

Today, secularism seeks to exclude God from every sphere of society, and especially from the hearts of men and women who not realize that they simply can never hope to fill up the void created by such exclusion. The anti-depressants industry can vouch for this. Many youths, dazed by loud music, alcohol, sex and perhaps drugs, sadly reflect a society which promises a lot but delivers much less than expected.

During that terrible night in Manzoni’s Promessi Sposi, the Innominato, hounded by the misdeeds of his past life and reflecting in despair upon his aimless future, was saved from ending his life by the words, ‘Io sono, pero’, referring to a God who is ready to forgive even the most heinous of crimes for an act of mercy. St Augustine, who knew what living far away from God and indulging in worldly pleasures meant, could not have expressed better the eternal truth that God has made us for Himself and our heart will never rest unless it rests in Him. Would that these words touch the hearts of those of us who drag ourselves through life not knowing where we are heading, foolishly believing that, once God and his laws have been set aside, we have complete control over our present and future life. We are bound to be disappointed. 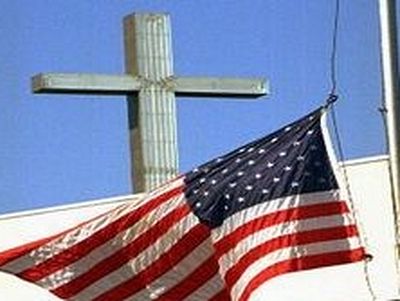 American Laïcité, Or, Religion As Tobacco

American Laïcité, Or, Religion As Tobacco Erin Manning on how America is losing its former idea of religion in public life — as a positive good, though one that must live within certain boundaries — and becoming more like the French, with their policy of la&#239;cit&#233;, which sees religion as a threat that should be walled off from public life.
Комментарии