American Laïcité, Or, Religion As Tobacco 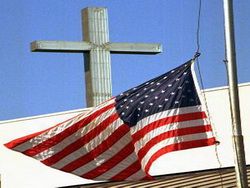 Erin Manning on how America is losing its former idea of religion in public life — as a positive good, though one that must live within certain boundaries — and becoming more like the French, with their policy of laïcité, which sees religion as a threat that should be walled off from public life. Erin writes:

One more thing: it occurred to me today that people used to think of being religious sort of like being patriotic. Nobody expected patriotic people to display that patriotism only on July 4th, to express patriotism only on national holidays or during parades, or to put up an American flag only if the ACLU didn’t mind, if the flag wasn’t visible from a public roadway, if no funds from non-patriotic taxpayers went to support the flag display, and only if the person putting up the display of an American flag also included the flags of six or seven other nations, several states, and at least one Native American tribe.

If a patriotic person was likely to wear red, white, and blue attire at work, this was not a problem unless there was a required uniform of a different color or the article of apparel in question was a safety hazard (e.g. a cap or a tie on a factory worker using dangerous machinery). Otherwise, patriotic people were viewed positively, and there may even have been a sense that they made good workers, good neighbors, and good friends. Their values were appreciated, and even if the more vocal of them could get carried away at times to a degree the more ordinary patriot might find excessive, there would usually be a good reason for it (e.g., the excessive patriot might have served in war, or might have immigrant parents, or might have another reason to display such strong patriotic sentiment or act on such strongly patriotic ideals).

As I said above, being religious was seen in vaguely the same way. Most people thought that religious belief was generally a positive thing, that religious believers were good workers, good neighbors, and good friends. There was a notion, sometimes even actually expressed, that ideals about morality and virtue coming from the various expressions of Christianity that were dominant in America were generally good things, and helped make good citizens.

Today, though, religious believers are viewed like smokers. If you must have such a dangerous, non-scientific, outdated, and obnoxious habit, you should keep it to yourself! Nobody seems to think religion is generally a good idea, or that religious beliefs are generally good things for the community and for America as a whole. Religion ought only to be practiced in certain designated areas, where the potential danger of secondhand exposure to the damaging ugliness of religious thought and belief is kept to a minimum. Any government privileges extended to churches or religious groups are as ridiculous as federal subsidies to tobacco farms and ought to be ended, and as an incremental approach to ending them we ought to begin by making it impossible for people of faith to work as federal contractors or in any way that involves the use of any federal monies. The next step will be to argue that tax exemption for religious groups or churches is every bit as immoral as tobacco subsidies, since religion never did anybody any good, and actually does a great deal of harm (in particular to the fragile self-esteem of sexual minorities, who don’t mind at all if you call heterosexual adulterers “sinners” so long as you are never allowed to criticize any other sexual behavior, specifically theirs).

Because everybody just “knows” that religious believers are fundamentally wrong about everything, but especially about the possible impact of an age of faithlessness on humanity. Oh, sure, the out-of-wedlock birth rate is at 40% and rising, the shattering social, economic, emotional and personal costs of rampant divorce keep surging along, the U.S. fertility rate hit (another!) record low last September with only 63 births per 1,000 women aged 15-44, the first wave of retiring Baby Boomers is starting to impact Social Security as the disparity between retirees and workers paying in to the system grows, international instability both economic and otherwise has sent growing numbers of undocumented immigrants into our nation with no end to the increase in sight, the NY Times recently discussed the stalling out of the economic recovery–but none of that has the least bit to do with faith, morality, or virtue, which is why forcing religious believers to kowtow to the hostile secularist forces in government is the right thing to do, and the right side of history to be on.

We successfully turned smokers into outcasts, so why not religious believers? Why pretend that there was ever anything good about faith, or the moral and ethical codes which came from it?

That’s where we are now.

Yes, but the tame forms of religion, the ones that endorse what James Poulos, in a brilliant coinage, calls the “pink police state,” will be welcomed because they pose no threat. Poulos once explained the pink police state concept this way:

The Pink Police State is a more extreme version of a regime I use to taunt my libertarian friends in my essay on ‘The Sex Vote‘ that’s just been published in Doublethink. I worry, and I think we should all worry, about the way cultural libertarianism is snowballing while the snowball of political libertarianism rolls deeper into hell. I’m aghast at the shrug with which many self-styled libertarians greet massive government, so long as it’s run by people with ‘enlightened’ attitudes about pleasure-seeking. It’s not death to the state these libertarians want, it’s the state as cool parent, with a stripper pole in every pot. I’ve actually had one good libertarian friend argue straight-faced that the solution to the drug problem is a monopoly partnership between Washington and Walmart. Well, with solutions like that, who needs problems? And of course you get that kind of institutionalized approach from fans of legal prostitution. It’s almost as if libertarians are willing to let the state regulate everything so long as everything’s decriminalized.

On top of this, we all know how intimately sex — or at least images of sex and talk about sex, alas — has become a part of everyday life. What gives me fear is the idea, which large numbers of people seem to be buying into, that a growing sphere of libertinistic freedoms compensates (or more than compensates!) for our shrinking spheres of political liberty and the practice of citizenship. 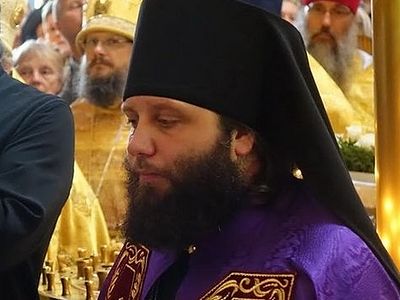