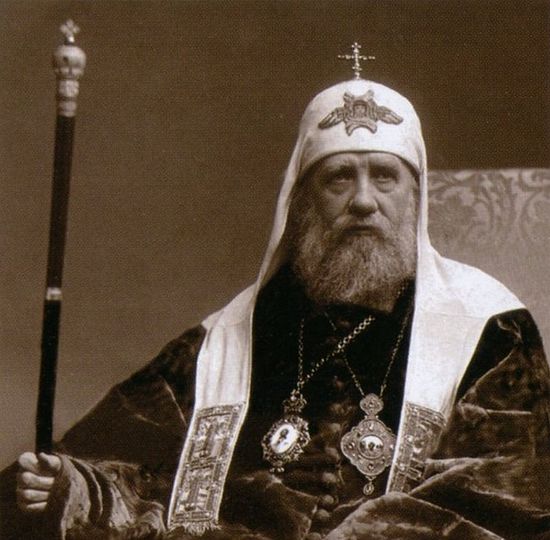 The Northern Cross Historical Society of Russian Compatriots in the USA has proposed naming a street in New York City after Holy Patriarch Tikhon (Belavin) of Moscow and All Russia (1865-1925), reports ITAR-TASS.

This initiative is supported by Russians and Orthodox Americans living in New York, hierarchs of the Russian Orthodox Church Outside of Russia and the Patriarchal parishes in the USA.

“The petition concerning this will be submitted to the mayor’s office in the next few days, in September it will go through the City Council, and we feel certain that in the coming months we will have a Patriarch Tikhon Street in the city,” said the president of the Northern Cross Society, Yuri Sandulov. It is supposed to extend along East 97th Street from Park Avenue to Fifth Avenue.

According to present New York City municipal laws, at least 20,000 New York citizens must support the renaming of a street.

“There are more than 300,000 Russian-speaking citizens in the city who consider themselves to be children of the Russian Orthodox Church and the Russian Orthodox Church outside of Russia, which is a part of the former. Most of them are enthusiastic about the idea of perpetuating the memory of His Holiness Patriarch Tikhon, who became the first patriarch after the restoration of the Patriarchate in Russia” in 1918, noted Sandulov.

Patriarch Tikhon’s ministry was closely connected with America: between 1898 and 1907 he was Bishop of North America, Alaska and the Aleutians. Through St. Tikhon’s efforts many Orthodox books were translated into English, and St. Nicholas Cathedral in New York was built (the cathedral is situated on the very part of 97th Street that will probably be named after the patriarch). He also undertook an enormous amount of missionary work—dozens of new churches were open during his time as bishop there.

“Orthodox Christians of America remember that Holy Patriarch Tikhon succeeded in preserving the Church in the circumstances of the most cruel persecutions against the faithful that followed the October revolution in Russia. He was our great compatriot who greatly contributed to the rapprochement between Russia and the USA. It is particularly necessary to remember his spiritual and secular exploits now, when the tension between our countries has increased,” believes the president of the Northern Cross Society. 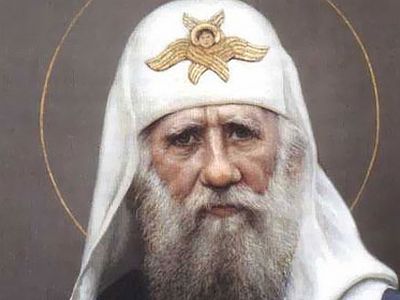 Patriarch Tikhon - His Missionary Legacy to Orthodox America Fr. Alexey Young "Holding to the Orthodox Faith as to something holy, longing it with all their hearts and prizing it above all, Orthodox people ought ... to endeavor to spread it among people of other creeds. Christ the Saviour has said that neither do men light a candle and put it under a bushel, but on a candlestick; and it giveth light unto all that are in the house (Matt. 5:15) The light of Orthodoxy was not lit to shine only on a small number of men. The Orthodox Church is universal; it remembers the words of its Founder: Go ye unto all the world, and preach the Gospel to every creature (Mark 16:15) ..We ought to share our spiritual wealth, our truth, light, and joy with others who are deprived of these blessings, but often are seeking them and thirsting for them... 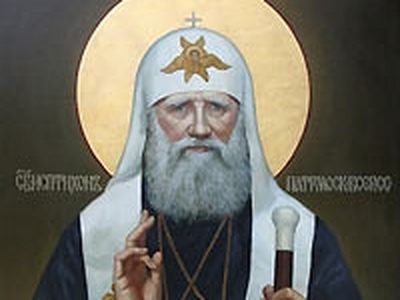 A Dream: About my vision of Patriarch Tikhon Metropolitan Benjamin (Fedchenkov)

A Dream: About my vision of Patriarch Tikhon Metropolitan Benjamin (Fedchenkov) “So, only now,” a thought struck me, “now something can be said to them, now they are capable of hearing it, for their souls have melted. But there in the hut there could be no thought of teaching.” I understood that we must first warm the sinful soul, and correct it only afterwards. His Holiness could do this—he greatly loved these sinful but miserable children of his. And he warmed them with his love. 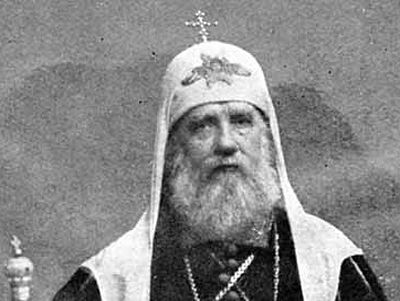 A 1923 Interview with Patriarch Tikhon by an American From "The Light of Russia" by Donald A. Lowrie

A 1923 Interview with Patriarch Tikhon by an American From "The Light of Russia" by Donald A. Lowrie Patriarch Tikhon's nine years in America were important ones in the affairs of the Orthodox Church there. During this period the episcopal seat was removed from San Francisco to New York. During this period Bishop Tikhon became Archbishiop Tikhon, the first American Orthodox hierarch to bear that title. These years made a deep impression upon the future Patriarch himself, and as will later be pointed out, the knowledge of the life and religious ideals of American people he acquired there have been very influential in later events in Russia. America has no better friend in Russia than Patriarch Tikhon and he seems especially pleased to maintain his connection with Americans and things American.
Комментарии