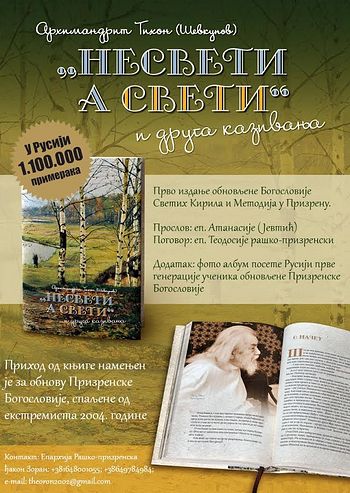 The new, now third edition of the book, Everyday Saints and Other Stories by Archimandrite Tikhon (Shevkunov), has appeared in Serbian.

The new translation and publication have been prepared by the Prizren Seminary of Sts. Cyril and Methodius. This is the first publishing project of this educational establishment, which three years ago resumed its work in the historic city of Prizren, situated in the south of Kosovo and Metohija.

In addition to the author’s welcome address, the edition contains an introductory article by Bishop Athanasius (Yevtich) and an afterword written by Bishop Teodosije of Raska-Prizren.

According to the publishers’ plan, the new edition has become a small token of gratitude to the author and the Sretensky Monastery for their assistance in restoration of the Prizren Seminary.

There is a small photo album at the end of the book dedicated to a trip to Russia of Serbian seminary students who stayed at the Moscow Sretensky Monastery in summer 2013. 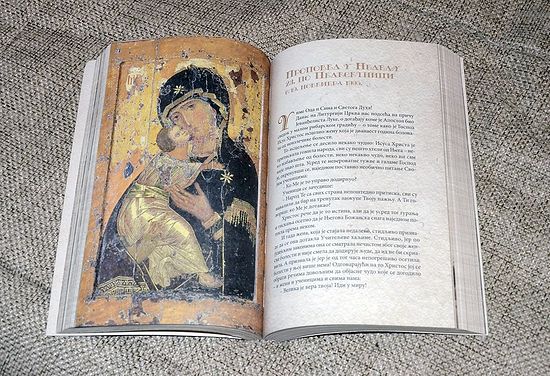 According to the author’s decision, all the funds received from the sale of the book will be used for repair and restoration works in the seminary building, damaged during the pogrom by Albanian extremists in 2004.

The Seminary of Sts. Cyril and Methodius in Prizren is one of the oldest educational institutions in the Serbian Orthodox Church. After the war of 1999, the students and teachers left the historical seminary building in Prizren, and in 2004 it was burned down during the pogrom. In autumn of 2011 the seminary in Prizren resumed its work in a difficult financial situation. In spite of all difficulties, the educational process is going on. The seminary’s work is of a special importance for existence of the Serbian Church and people on the territory of Kosovo and Metohija. 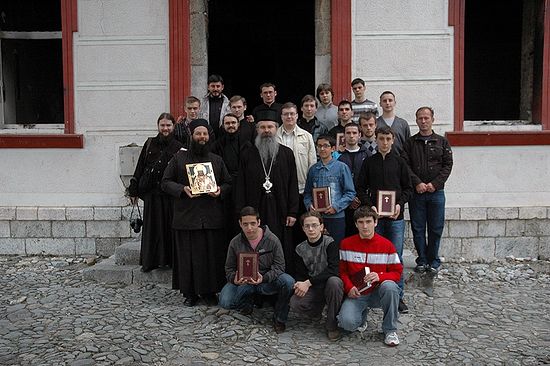 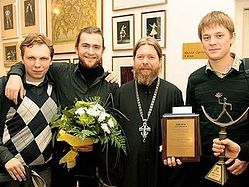 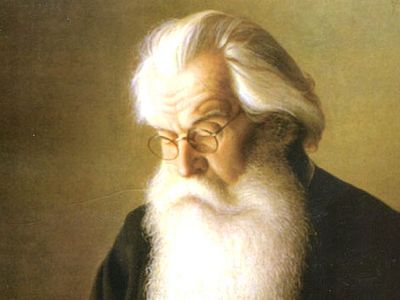