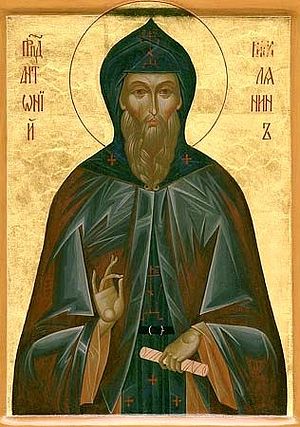 St. Anthony was born in Rome in 1067, soon after the Church of Rome had separated itself from the Universal Church. His parents remained faithful to the Orthodox teachings of the Eastern Churches, and raised their son in a spirit of Orthodox piety. St. Anthony was given a good education, and was able to read the Holy Scriptures in both Latin and Greek.

Still a teenager when his parents died, he had already determined to dedicate his life to serving God. He took no interest in his material inheritance and, distributing it among the poor, left the noisy city with its many distractions in search of solitude. In a remote area of the country the youth joined a small Community of monks who had likewise preserved their Orthodox faith. He spent twenty years there in ascetic labors, until the community was discovered by the Latins who demanded that the monks submit to the authority of the Roman Church. The persecuted monks were forced to disperse.

St. Anthony settled on a large rock at the very edge of the sea. There he labored for more than a year in solitary prayer, nourishing himself with wild grasses and roots. One day a violent storm arose. An enormous wave lifted the rock on which the Saint was standing and miraculously transported it—as if it were a light boat—across the sea, north to the river Neva, across Lake Ladoga, then upstream along the river Volkhov, until it arrived, by God's will, at Great Novgorod.

The Saint was overjoyed to learn from a Greek merchant that he was among Orthodox people. He gradually learned the language and was warmly received by the ruling bishop, St. Nikita (commemorated January 31). The bishop, hearing of St. Anthony's miraculous voyage, marveled and looked upon him as an angel of God. "The Lord has granted you great gifts, like unto those bestowed upon the ancient God-pleasers. God transported Elijah in a fiery chariot, the holy apostles flew through the air on clouds, and you have come to us across the waters on a rock. Through you the Lord has visited and blessed these newly-converted peoples."

There on the shore where the Saint had landed the bishop blessed him to build a church. A small group of monks soon gathered and a monastery was established dedicated to the Nativity of the Mother of God (the Saint had arrived on the eve of this Feast). St. Nikita's successor, Bishop Niphont, persuaded St. Anthony to become a priest and elevated him to the rank of abbot. St. Anthony wisely guided the monks in his care, without relaxing his ascetic labors. His cell and cell-chapel were so small that his spiritual struggle could be compared to that of the stylite saints.

In his humility, St. Anthony had begged Bishop Nikita never to reveal the story of his miraculous voyage, but, nearing the end of his life, the Saint related the story to one of his monks, Andrew, and after his repose, on August 3, 1147, the miracle was made known to the glory of God and the edification of the faithful.

The monastery preserved St. Anthony's cenobitic rule, the rock on which he had been miraculously transported to Novgorod, a reed which he had held during his voyage, his vestments, and six icons dating from the Saint's lifetime.

St. Anthony's relics lay incorrupt in an open reliquary in the cathedral. His glorification in 1597 was promoted by Archimandrite Cyril of the Holy Trinity St.-Sergius Lavra, who received healing after praying before the Saint’s relics.

St. Anthony the Roman is considered the father of monasticism in the Novgorod region.

Nearly five hundred years after St. Anthony quit the shores of his native Italy, a fellow countryman providentially followed closely in his footsteps.

St. Macarius was born in Rome, into a wealthy and renowned Italian family. He received a superior education and a brilliant future lay before him. But this is not what concerned him. This was the time of the Reformation, a schism which shook Western Christendom; meanwhile, Rome was drowning in luxury and licentiousness. This situation grieved the youth who could think of nothing but how to save his soul. He sought answers to his tormenting perplexities in the Holy Scriptures and patristic writings. And the Lord indicated to him the way of salvation—through the Eastern Orthodox Church. So, secretly, one night, dressed as a pilgrim, a staff in his hand, the youth left his native land. He gave away his money to the poor and became himself a poor man, leaving behind his family and close ones.

His journey to northern Russia, a land altogether foreign to him, was difficult, but at last he reached Novgorod. The newcomer found the city very much to his liking, with its numerous churches and monasteries, the strict life of the monks and the patriarchal way of life. He visited all its holy shrines and eventually came to the shores of the river Svir, where St. Alexander had founded the Holy Trinity Monastery. There he was warmly received. St. Alexander united the newcomer to the Orthodox Church, accepted him into the brotherhood and, finally, tonsured him, giving him the name Macarius.

The new monk, however, longed for the eremitic life. He again made a pilgrimage to Novgorod and then secluded himself on a small island on the marshy banks of the river Lezna, an area surrounded by dense forest, located some 45 miles from Novgorod and 53 miles from Petersburg. There he gave himself to ceaseless prayer and monastic labors.

Such a life could not have been easy for the native of sunny Italy: the winters there were severe, the summers hot and humid, with clouds of mosquitoes. The hermit nourished himself with forest berries, grasses and roots. Bears came, and he would feed and pet them. Once there was a knock on the door of his cell: some exhausted travelers had lost their way. "If it weren't for your prayers, O man of God, we would never have found your cell and would have perished in the marshes where we were hunting!" "It was not my sinful prayers," replied the saint, "but God's grace that led you here." He gave them to eat of his humble fare and, after a brief Conversation, prayed with them and showed them a safe route out of the marsh. The hunters looked upon the holy hermit as an angel. They were struck by his humility and especially by his patient endurance of the ascetic life.

In this way St. Macarius became known. People began coming to him for counsel, for blessing and prayer. He never denied anyone spiritual aid, but his solitude was disturbed, and the glory was burdensome. He went deeper into the forest and, on the banks of the same river, built himself another cell. Here, however, God's will manifest itself clearly. Above his new cell appeared sometimes a fiery pillar, sometimes a fragrant cloud, rising toward heaven. And people again discovered his whereabouts. Many began asking his blessing to settle there with him. "May God's will be done," said the saint. A church was built, dedicated to the Dormition of the Mother of God, and cells for the brethren.

Archbishop Macarius of Novgorod ordained the Saint and, about the year 1540, appointed him abbot of the new monastery. St. Macarius was granted the blessed gifts of clairvoyance and wonderworking. After his repose he frequently appeared in visions to sick people, blessed them to drink water from the spring he had dug, and they were healed.

Before he died, St. Macarius returned to his first skete and there, on the feast of Dormition, August 15, 1550, he gave his soul to the Lord. The brethren buried him near the Dormition church and built another, dedicated to St. Sabbatius of Solovki. In his testament, St. Macarius enjoined the monks to adhere strictly to the monastic rule, to spread the Gospel and take care for the spiritual enlightenment and the needs of the local people. His testament was fulfilled.

St. Macarius' Hermitage was always poor and small in number. Over the years it suffered many misfortunes and by the mid-19th century there remained little but ruins. Local inhabitants, however, piously recalled its holy founder. They continued to take holy water from the spring and, on the days of his commemoration, gathered by the thousand. Finally, in 1894, the hermitage was restored by a missionary abbot, Arsenius, and became a missionary monastery with a strict Athonite typicon. It belonged to those numerous but little-known, small monasteries which had such a great influence on their surrounding populations. 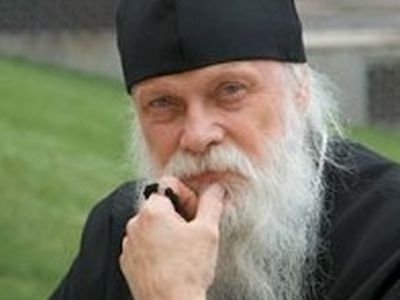 A Catholic Hermit Converted To Orthodoxy An Interview with Hieromonk Gabriel Bunge In short, in the West they really have not lost the taste for all authentic, Christian, that the Eastern tradition has preserved. But, alas, it changes nothing in real life of people and society on the whole. The interest in Orthodoxy is more cultural. And those wretched people like me who have a spiritual interest in Orthodoxy, are left in the minority. We are like weirdos; we are seldom understood. 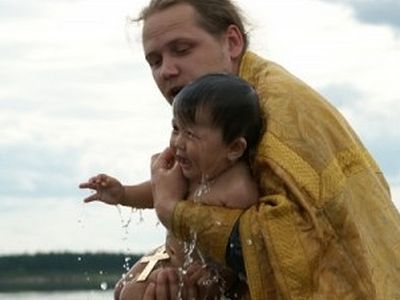 Number of Ethnic Yakuts Converting to Orthodoxy on the Increase In the Yakutia Diocese more and more ethnic Yakuts are converting to the Orthodox faith. Yakutia is an extremely north region of Russian Federation. 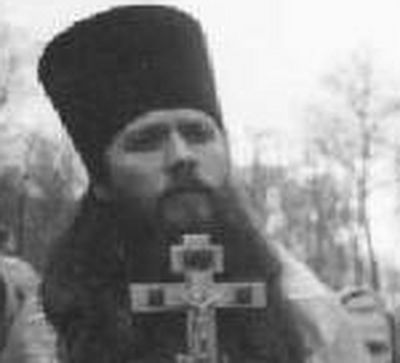 A Russian Priest: My Work with English-speaking Converts Archpriest Artemy Vladimirov Fr. Artemy Vladimirov, an English-speaking Moscow priest from the Church of All Saints at Krasnoselskaya, has, for the past decade, been a mainstay for Western Orthodox converts living in Moscow and visitors seeking a deeper spiritual life. His staunchly traditional belief, deep insight, warm humor, and willingness to reach out to souls from diverse backgrounds, have brought more than a few foreigners to Orthodoxy. As the expatriate community has come and gone, Fr. Artemy has generously presided over numerous missionary dinners, high teas, and spontaneous talks—unforgettable gatherings that awaken souls and delight the spirit.
Комментарии