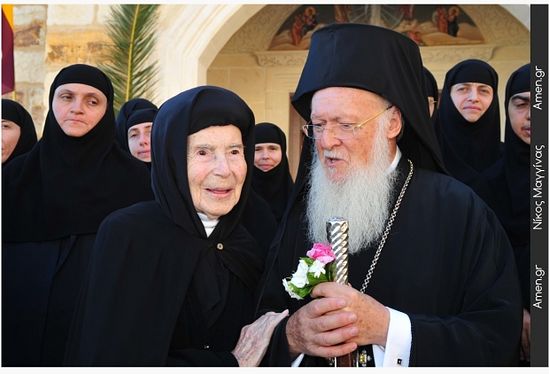 Nun Alexia (secular name: Melpomena Muratoglu), the oldest nun, Greek by birth, has reposed at aged 105 at the Cretan Convent of Chrysopigi near the city of Chania.

The future Mother Alexia was born in 1909 on the small island of Bozcaada (Tenedos), in Turkish territorial waters, to the south of the strait of the Dardanelles, under the Sultan Abdul Hamid II (who ruled from 1876 till 1909). After becoming a widow, she was tonsured a nun in 1993 by Patriarch Bartholomew I of Constantinople.

The patriarch gave her the monastic name Alexia in honor of the ever-memorable Patriarch Alexis I (Simansky; 1877-1970) of Moscow and All Russia, reports the Dveri.bg Bulgarian portal.

Mother Alexia carried out her ministry at the patriarchal Cathedral of St. George the Victory-Bearer at the Phanar in Istanbul for many years. For the last three years, needing care, Nun Alexia lived at the convent on Crete.

Till the final days of her life Mother Alexia was of sound mind, remembered all events of her extremely long life, and had a lively interest in the affairs of the convent and the Patriarch of Constantinople. She died as a result of cardiac insufficiency.

In the presence of the convent abbess and sisters, with singing “Save, o Lord, Thy people”, Nun Alexia gave her soul into the Hands of God.

“In Christ a man receives more than he lost in Adam” A Conversation with Archbishop Damian of Sinai and Pharan Deacon Vladimir Vasilik But then let us think about what kind of purity a man must acquire in order to enter into this Kingdom. Let us not put off our salvation till later, nor hope that we will be purified before death or even at the time of death, or that we will land in “purgatory,” as the Catholics mistakenly think. For those who say, “Later,” it will never come. Therefore let us be concerned about our salvation now, while it is still possible to say, “Now.” 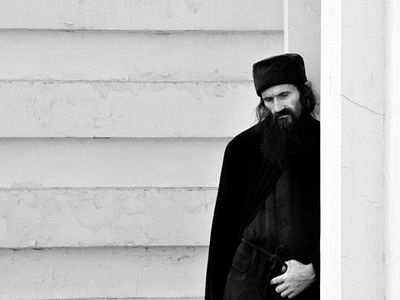 A Time to Weep and a Time to Laugh Nathan Duffy

A Time to Weep and a Time to Laugh Nathan Duffy A hermit saw someone laughing and said to him, ‘We have to render an account of our whole life before heaven and earth, and you can laugh?’While this probably strikes most as curmudgeonly, for us Christians, a reference to the Last Judgment ought to inspire sober reflection. How appropriate is frivolity given the desperate spiritual state within which we find ourselves—and the world at large? 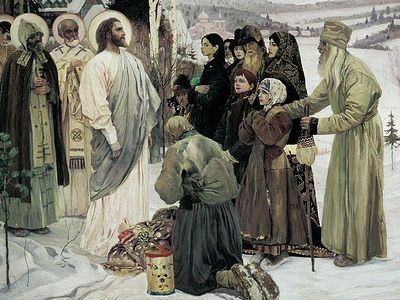 The World or the Monastery? Olga Rozhneva

The World or the Monastery? Olga Rozhneva St. Anthony of Optina replied to a question about the choice of the monastic life, that one can be saved both in a monastery and in the world. And he reminded us that the enemy may give zeal for virtues that are beyond our strength, while, on the other hand, he may instill neglect and carelessness towards deeds that are within our power.
Комментарии
Eugenia 1 октября 2014, 19:00
May her memory be eternal. God rest her soul.