Clergy and parishioners of several Tbilisi churches have held a peaceful rally with a prayer service in front of the office of “the International Transparency-Georgia” organization with the slogan: to ban anti-national organizations in the country. A paraklisis was also read during the action, reports InterPressNews.

A number of NGOs financed by the Western countries are promoting legalization of lechery in Georgia, co-chairman of “the Orthodox Parents Union of Georgia” and a participant of the action Avtandil Ungiadze informed the journalists. 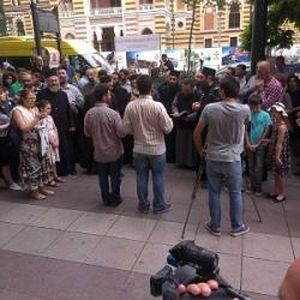 It is not true that they (these NGOs) express the popular will, said A. Ungiadze, because in reality these organizations express the views of their clients and serve as agents of foreign states in Georgia. Their actions are anti-national in nature and they betoken physical and moral degradation of Georgia, “the Orthodox Parents Union” co-chairman warns.

“Why are we or other NGOs never invited to such discussions? Why do only these organizations initiate legislation and provide monitoring? The balance must not be distorted. There are only a few of them, but they enjoy “the right of first vote” and a high tribune,” Ungiadze said.

According to Archpriest David Kvlividze, the country should have such active NGOs which are financed by the people and express the interests of the nation, rather than the interests of foreign states.

The priest believes the activity of these NGOs is anti-Church, anti-state, are aimed against the traditions and the whole of humanity, and therefore should be limited. 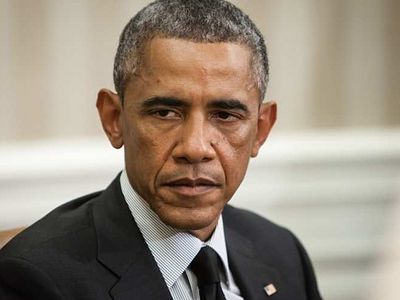 Obama: Churches should stop focusing so much on protecting life and marriage

Obama: Churches should stop focusing so much on protecting life and marriage During a panel discussion on poverty at Georgetown University last Tuesday, Obama criticized churches for how they engage politically, focusing on "divisive issues" such as protecting life and preserving marriage.
Комментарии