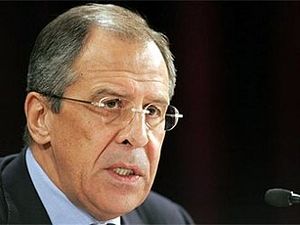 Russian Foreign Minister Sergey Lavrov said Russia is concerned about the intensification in some countries of activities by ultra-liberal activists who preach permissiveness and a revision of moral values, adding that such actions are destructive to modern society.

"Supporters of ultra-liberal ideas, who promote permissiveness and hedonism and demand a revision of moral values, which are common for all religions, have recently become very aggressive in some countries," Lavrov said at the meeting of the UN Human Rights Council in Geneva on Monday.

Lavrov reiterated that "such actions are destructive to society and are extremely bad for the education of the younger generation." "Children should be protected from information that harms their mental health and belittles their dignity," he said.

Lavrov recalled that the International Covenant on Civil and Political Rights envisages the possibility of the legislative restriction of rights and liberties in the interests of the protection of people's health and morals, public safety and order.

Lavrov also said that "no country or group of countries has exclusive powers to unilaterally create some 'rules of conduct' that are not supported by the universal foundation."

"Forcing interpretations of human rights standards on others can only exacerbate the inter-cultural and inter-religious contradictions and may cause a conflict of civilizations and sabotage the efforts to create a stable global governance system," he said. 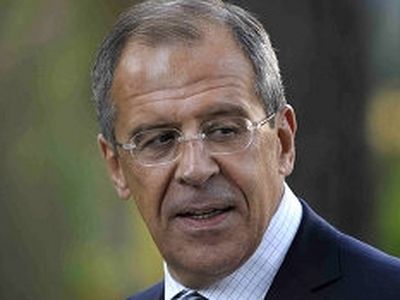 Russian Orthodox Church Warns Society on Same-Sex Marriage Danger, Survival of Humankind The leader of the Russian Orthodox Church has warned society on the dangers of the "international campaign" behind same-sex marriage, and insisted that the traditional family structure is needed for the survival of humankind.
Комментарии
Sally Iloff24 мая 2015, 03:00
I agree - God Bless Russia and the Orthodox Church - The Marine Corp of the entire Christianity. When all West and what so ever from Europe falls down as free fall, someone must keep the Christian Values and pass the fire of faith. God chose Russia - Blessed be the name of the Lord!
Thomas Carney 8 марта 2014, 01:00
The irony.. the total and complete irony. The Russian Government is calling for restoration and reinforcement of Christian moral values...while here in America we have not an atheistic government, but an anti-Christian pro-Islamist president who seeks to destroy America..... and so many Americans REFUSE to wake up to the coming disaster. His Holiness Patriarch Kirill, President Putin and Metropolitan Hilarion of Volokomansk have all condemned the Western secularism and the destructive values that come with it. MAY GOD BLESS RUSSIA AND THE RUSSIAN ORTHODOX CHURCH!!!!!