The Russian Orthodox Church (ROC) have confirmed that they have filed a petition to local politicians in St Petersburg to discuss the return of St. Isaac's Cathedral, which is currently an historical monument and a museum. Russian media sources report that the news of the proposal has generated heated discussion in Russian society.

Maxim Reznik, the deputy of the St. Petersburg legislative, and who also chairs the legislature’s commission for culture, confirmed on Thursday that he had received information on a petition filed by Metropolitan Barsanuphius, the ruling hierarch of the diocese for the return of the city’s landmark cathedral.

The State Historical Museum is not opposed to the transfer so long as the ROC will not prevent tourists from accessing the cathedral. A representative from the museum cited the example of St Basil's Cathedral, which has long been operated jointly by the organisation he represents and the ROC without causing any hindrance to the thousands of tourists who visit every year. The cathedral is open to visitors throughout the week, the price of admission is currently 250 rubles or the Sunday service with free admission.

Emperor Alexander I, ordered the famous architect Auguste de Montferrand to construct the cathedral on St Isaac's Square. The cathedral took 40 years to construct, from 1818 to 1858, at the incredible amount of 1,000,000 gold rubles. St. Isaac’s is the largest Russian Orthodox cathedral in St. Petersburg. It is the largest orthodox basilica and the fourth largest cathedral in the world. It is dedicated to Saint Isaac of Dalmatia, a patron saint of Peter the Great, who had been born on the feast day of that saint.

During the Soviet period, the cathedral was stripped of religious trappings. In 1931, it was turned into the Museum of the History of Religion and Atheism. During World War II, the dome was painted over in grey to avoid attracting attention from enemy aircraft. With the fall of communism, the museum was removed and regular worship activity resumed in the cathedral, but only in the left-hand side chapel. The main body of the cathedral is used for services on feast days only.

Patriarch of Moscow and All Russia Alexey II (1929-2008) performs the funeral service at St. Isaac's Cathedral for Grand Duke Vladimir Kirillovich on April 29, 1992 (left), and the Dowager Empress Maria Feodorovna on September 28, 2006 (right).

Services resumed in St. Isaac’s Cathedral in 1990, after an interval of 59 years. Since the fall of the Soviet Union in 1991, several notable funerals have been held in the cathedral, including Grand Duke Vladimir Kirillovich in 1992, and the Dowager Empress Maria Feodorovna in 2006.

At present, the cathedral is owned by the city and is part of a state museum monument along with the Church of the Saviour on Blood, St. Sampson’s and Smolny Cathedrals. The city authorities are already considering a handover of the Smolny cathedral to the Russian Orthodox Church. 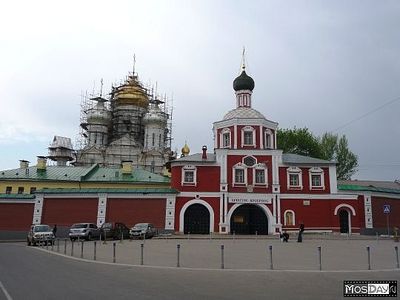 Moscow Government Assists in the Restoration of Conception Monastery for 650th Anniversary Work on the restoration of the Nativity Cathedral is being directed by Abbess Juliana (Kaleda) of the monastery. The scaffolding around the cathedral domes will soon be removed, and work will soon begin on the iconostasis. 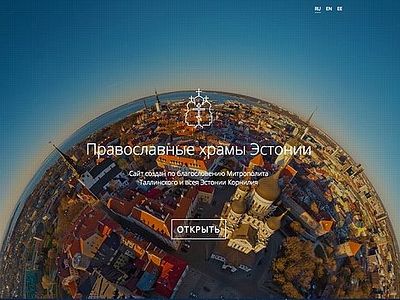 A virtual tour of Orthodox churches in Estonia is now available The project is based on interactive spherical panoramas. With their help you will be able to examine the exterior of each temple represented in the project, to take a good look at their unique interiors and decorations, and, from a bird's eye view, to admire the inimitable panoramas of the churches and their surroundings.
Комментарии
Jack Maxey28 июля 2015, 22:00
I pray that all of the cathedrals of Mother Russia are turned back to Her Church. Holy Russia now has the great opportunity to show the whole world what she is. I shall pray for all in your government to put faith in your sacred Church. She is your Mother and through all She endures. God's Blessings to all of Russia.