Stone From Crimea Was Laid in Foundation of the Monument to St. Vladimir in Downtown Moscow 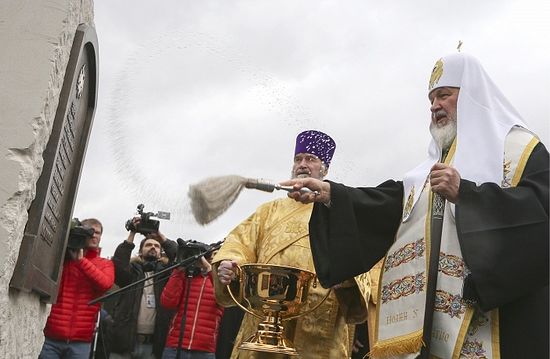 Patriarch Kirill of Moscow and All Russia consecrated a stone laid for the foundation of a monument to St. Vladimir the Baptist at Borovitskaya Square in downtown Moscow.

"Prince Vladimir was the founder of a new civilization which included the Russian people, the Old Rus, - a civilization decorated with the greatest achievements of the human spirit, thought and heroism," the patriarch said at the ceremony.

As he stated, the baptism of Russia in the 10th century refers to everyone who live in Russia, Ukraine, and Byelorussia preserving "the spiritual unity rooted in Prince Vladimir's historic step."

In his turn Russian Culture Minister Vladimir Medinsky noted that the foundation stone was brought from Chersonese where Prince Vladimir was baptized.

The monument will be built on donations. The place for the monument - the Borovitskaya Square (the buffer zone of the Moscow Kremlin) - was chosen by residents of the capital through an internet poll. This year marks the 1000th anniversary of the repose of Prince Vladimir.

In 2010, the President decreed the day of Russia's baptism a state holiday. In 2008, Patriarch Kirill's predecessor Alexy II introduced a tradition to celebrate the feast of Russia's baptism in Kiev. However, in 2014 the main celebrations took place for the first tiome in Moscow rather than in Kiev. 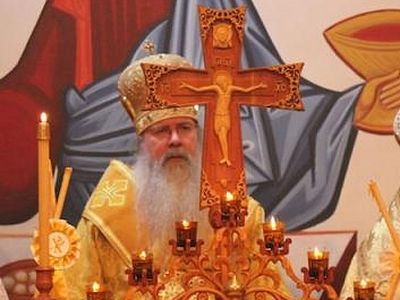 Celebrating the 1,000 Year Legacy of St. Vladimir On the weekend of October 31–November 1, 2015, the community of St. Vladimir’s Orthodox Theological Seminary (SVOTS) gathered to honor its heavenly patron, the Great and Holy Prince Vladimir, by commemorating the translation of his holy relics to Three Hierarchs Chapel. 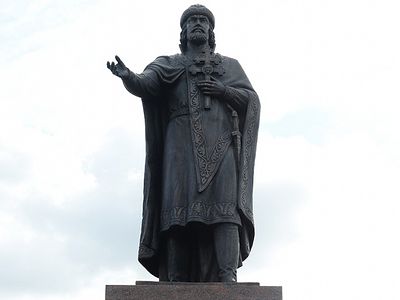 Blessing of St. Vladimir Statue in Smolensk The monument is a 4-meter bronze statue mounted on a 5-meter base. Prince Vladimir of Kievan Rus who presses an Orthodox cross to his chest overlooks the Dnieper River. With his right hand, the Prince points to the river in whose waters Smolensk residents were baptized. The statue was made by member of the Russian Artists’ Union, Smolensk resident Valery Grashchenkov. His project was endorsed personally by Patriarch Kirill. 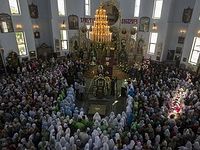 Over 75,000 believers venerate relics of St. Vladimir in Belarus

Over 75,000 believers venerate relics of St. Vladimir in Belarus Bringing of the St. Vladimir’s relics to the cities of Russia and Belarus was organized on the Russian Orthodox Church’s initiative with support of the St. Basil the Great Charitable Foundation. It is timed to coincide with the 1000th anniversary of repose of the Holy Prince Vladimir, the Baptizer of Russia (Rus’), which is widely celebrated this year.
Комментарии