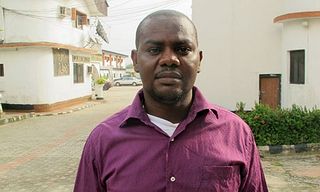 About 100 feet down, on the bottom of the Atlantic Ocean, divers had already pulled four bodies out of the sunken tugboat. Then a hand appeared on a TV screen monitoring the recovery.

Everyone assumed it was another corpse, and the diver moved toward it.

“But when he went to grab the hand, the hand grabbed him!” Tony Walker, project manager for the Dutch company DCN Diving, said of the rescue in May.

Harrison Odjegba Okene, the tug’s Nigerian cook, had survived for three days by breathing an ever-dwindling supply of oxygen in an air pocket. A video of Okene’s dramatic rescue — http://www.youtube.com/watch?v=ArWGILmKCqE — was posted on the Internet more than six months after the rescue and has gone viral this week.

As the temperature dropped to freezing, Okene, dressed only in boxer shorts, recited a psalm his wife had sent him earlier by text message, sometimes called the Prayer for Deliverance. “Oh, God, by your name, save me. ... The Lord sustains my life.”

To this day, Okene believes his rescue after 72 hours underwater was the result of divine deliverance. The 11 other seamen aboard the tug Jascon 4 died.

On the video, there was an exclamation of fear and shock from Okene’s rescuers, and then joy as the realization set in that this hand belonged to a survivor. “What’s that? He’s alive! He’s alive!” a voice can be heard exclaiming.

“It was frightening for everybody,” Walker said of that moment, speaking in a telephone interview Tuesday. “For the guy that was trapped because he didn’t know what was happening. It was a shock for the diver while he was down there looking for bodies, and we (in the control room) shot back when the hand grabbed him on the screen.”

“He was incredibly lucky. He was in an air pocket, but he would have had a limited time (before) ... he wouldn’t be able to breathe anymore.”

The full video of the rescue was released by DCN Diving after a request from The Associated Press. Initially, a shorter version of the rescue emerged on the Internet. The authenticity of the video was confirmed through conversations with DCN employees in the Netherlands. The video showing Okene was also consistent with additional photos of him on the rescue ship. The AP also contacted Okene, who confirmed the events.

Okene’s ordeal began around 4:30 a.m. on May 26. Always an early riser, he was in the toilet when the tug, one of three towing an oil tanker in Nigeria’s oil-rich Delta waters, gave a sudden lurch and then keeled over.

“I was dazed and everywhere was dark as I was thrown from one end of the small cubicle to another,” Okene said in an interview with Nigeria’s Nation newspaper after his rescue.

He groped his way out of the toilet and tried to find a vent, propping doors open as he moved. He discovered some tools and a life vest with two flashlights, which he stuffed into his shorts.

When he found a cabin of the sunken vessel that felt safe, he began the long wait, getting colder and colder as he played back a mental tape of his life — remembering his mother, his friends, but mostly his wife of five years, with whom he hadn’t yet fathered a child.

He worried about his colleagues — the Ukrainian captain and 10 Nigerians, including four young cadets from Nigeria’s Maritime Academy. They would have locked themselves into their cabins, standard procedure in an area stalked by pirates.

He got really worried when he heard a loud sound in the water outside — sharks or barracuda, he supposed — fighting over something big.

As the waters rose, he made a rack on top of a platform and piled two mattresses on top.

“I started calling on the name of God,” Okene told the Nation. “I started reminiscing on the verses I read before I slept. I read the Bible from Psalms 54 to 92. My wife had sent me the verses to read that night when she called me before I went to bed.”

He survived on a single bottle of Coke.

Okene really thought he was going to die, he said, when he heard the sound of a boat engine and an anchor dropping, but failed to get the attention of its crew. He figured, given the size of the sunken tugboat, that it would take a miracle for anyone to locate him. So he waded across the cabin, stripped the wall down to its steel body and banged on it with a hammer.

But “I heard them moving away. They were far away from where I was,” he said.

By the time the divers found him, relatives already had been told there were no survivors.

Using hot water to warm him up, the rescue crew attached Okene to an oxygen mask. He was put into a decompression chamber and then safely returned to the surface.

Before the slow ascent began, a voice on the video could be heard asking Okene to give a thumbs up if he understood what was about to happen. Slowly he raised his hand and stuck out his thumb.

“Good job, my friend. Well done,” the voice says. “You are a survivor.” 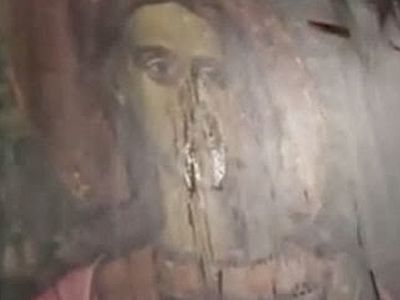 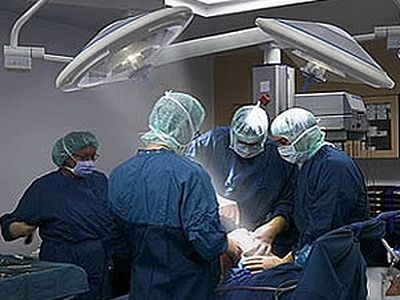 The Archangel Michael Operated On Me! Archimandrite Daniel Sapikas

The Archangel Michael Operated On Me! Archimandrite Daniel Sapikas Through a cloud I watched and listened to what was happening in the operating room, and the suffering was great. As a physician, I understood very well how critical my condition was. 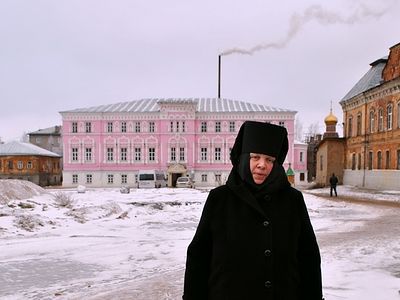