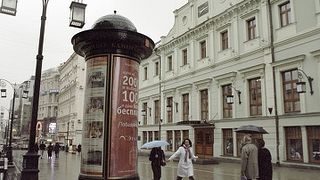 Applications with a request for inspection of "The ideal husband" performance in the Chekhov Moscow Art Theatre have been sent in to the investigative department of the Committee of Inquiries in Moscow, reports Interfax-Religion with reference to the press service of the chief directorate of the Ministry of Internal Affairs in the capital.

Earlier, believers privately submitted petitions to one of police departments, in which they requested that the legality of this performance be examined.

As it was reported, the Russian Orthodox Church found "The ideal husband" performance in the Moscow Art Theatre blasphemous.

Archpriest Vsevolod Chaplin, head of the Synodal Department for Church and Society Relations, expressed his opinion that the symbol of the crucifix was desecrated.

“Today believers not only can, but must insure that law enforcement agencies examine this episode and give a clear estimation as to whether this is a violation of the law that has for already many years banned desecration of objects venerated by the faithful".

"We want to hope that law-enforcement agencies will very seriously view faithful citizens’ requests to submit this matter to scrutiny: if there was in fact a violation of the law; and if there was, then it must not be repeated, and the people who committed this unlawful act must answer for it," he said.

The "Bozhya volya" ("Will of God") Orthodox public organization has begun collecting signatures to the letter to the authorities in connection with the performances of "The ideal husband" and "Brothers Karamazov" in the Chekhov Moscow Art Theatre, and has demanded resignation of those who were involved in them. The authors of the letter believe that in the above-mentioned performances "perversion, homosexuality, pedophilia, and drug addiction" are propagated.

These two plays, which sport the names of works written by literary masters Anton Chekhov and Feodor Dostoevsky respectively, have very little in common with these great writers’ works by those names. One might say that the plays in question are in fact a perversion of the originals. 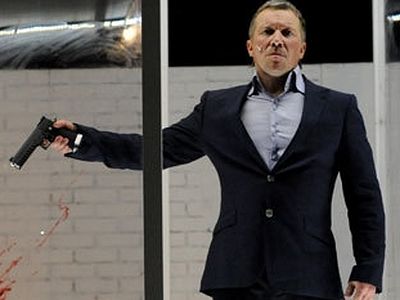 Orthodox activists sabotage play in Russia The incident happened during a performance of Konstantin Bogomolov's "An Ideal Husband" at the Chekhov Moscow Art Theater Thursday night. 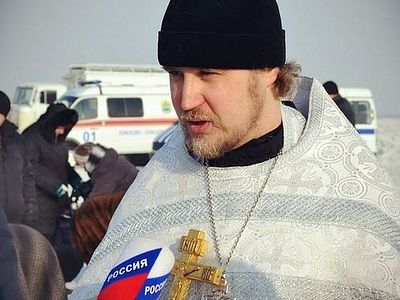 Pastors Talk About the Struggle With Blasphemy Anna Erakhtina Every day the godless world tests Christians for firmness of spirit and faithfulness to their convictions. The films, “The Last Temptation of Christ”, “The da Vinci Code”, and “The Lost Tomb of Jesus”, Madonna’s cabbalistic concerts, the woeful punk outburst in Moscow’s Christ the Savior Cathedral, satanic rock bands, and much else provoke us. The reality is that we are forced to face things like this nearly every day.How should we react to blasphemy?