Is Monarchy the best government for Orthodox? 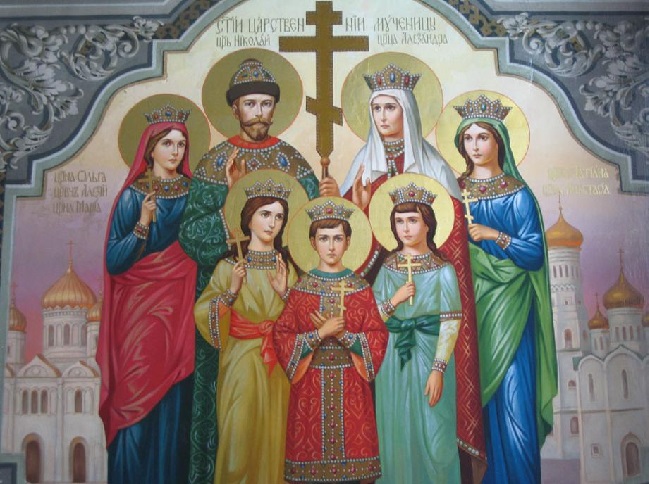 Question: "Is monarchy the only form of government man can institute that represents both the fullness of the Orthodox faith and the Incarnational reality of Christ?"

If we go back to the Old Testament, there was a time when God ruled the people of Israel through prophets and judges, such as Moses and Samuel, who were specially called by Him. Toward the end of the life of the Prophet Samuel, the people of Israel asked him to anoint a king for them, so that they could be like all the other nations, and no longer dependent on God raising up a judge to lead them, and we are told:

But the thing displeased Samuel, when they said, Give us a king to judge us. And Samuel prayed unto the Lord. And the Lord said unto Samuel, Hearken unto the voice of the people in all that they say unto thee: for they have not rejected thee, but they have rejected me, that I should not reign over them (1 Samuel 8:6-7).

So one could argue that the most ideal form of government is a theocracy, but as the history of Israel up to this point demonstrated, such a theocracy only worked out well for the people when they were zealous to obey God, which very often was not the case. So monarchy is perhaps the second best system of government, but not one without problems ... because for monarchy to work out well, you need a king that is pious. God warned Samuel, and through Samuel, the people, of the downside of having a king:

The subsequent history of Israel, and then then the divided kingdoms of Israel and Judah show that some kings lived up to the ideal of faithfulness to God, and functioned as icons of Christ, but more often then not, they fell short of this—and sometimes they were more like foreshadowings of the antichrist. King David was the best example of a righteous King—and he not only served as an image of the future Messiah, but it was from his line that the Messiah would actually come.

With the coming of Christ and the spread of the Christian Faith, there were kingdoms that became Christian, and so looking to the example of King David, the Church anointed them to rule as Christian monarchs. We have many examples of such kings that are now reckoned as saints of the Church, and when you had a pious king who was also a capable ruler, you had the best examples of Christian government we have ever seen. Unfortunately, the combination of piety and competence is something that was not invariably found in such monarchs.

So is monarchy superior to democracy? St. John of Kronstadt once observed "Hell is a democracy but heaven is a kingdom." However, we live in a representative democracy that has afforded us freedom of religion—and we are grateful for that. But on the other hand, we have also begun to see in recent years that the problem with democracy is that it only works well for a moral people, and given fallen human nature, it can facilitate a rapid decline in morality. The 20th century, especially in the wake of the two world wars, saw the rise of democracy around the world and the rapid decline in monarchy, and in the course of just under a hundred years we have essentially seen the end of Christendom as a result.

In 2 Thessalonians, St. Paul spoke about the great falling away and the coming of the antichrist:

So what is the restraining force that holds back the mystery of lawlessness, but will be taken away? St. John Chrysostom and other fathers say that this was the Roman Empire (see Homily 4 on 2 Thessalonians). Now many, especially Protestants, might be inclined to dismiss this interpretation, but consider the words of the noted Protestant New Testament scholar and theologian George Eldon Ladd:

"The traditional view has been that the restraining principle is the Roman empire and the restrainer the Emperor. This view, or a modification of it, fits best into the Pauline theology. In Romans 13:4, Paul affirms that the ruling authority (even though it be pagan Rome is God's servant for your good" (A Theology of the New Testament (Grand Rapids: Eerdmans, 1974), p. 560).

The Roman Empire is usually said by westerners to have ended in 476. The East Roman empire continued on until the fall of Constantinople in 1453. However, the Russian Empire, which continued both the religious and political tradition of Christian Rome, continued until 1917, and so it may be that this marks the beginning of the removal of this restraining force. It certainly marked the beginning of both rapid moral decline as well as a time of martyrdom which has surpassed the worst persecutions of the early Church in intensity. Of course, we cannot say for sure that the end has come until we see Christ return.

But while democracy may not be an ideal form of Christian government, since we have the right to vote, we should exercise what influence for good we can and assert our rights as citizens, as St. Paul, who was a Roman citizen, often did. 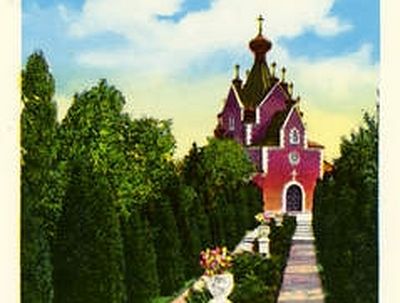 A European monarch is buried in Libertyville St. Sava Serbian Orthodox Church and Monastery has been a landmark here for more than 85 years. It is the center for the Serbian Orthodox faith in the U.S. and Canada, a recognized historic landmark and the resting place of King Peter II. 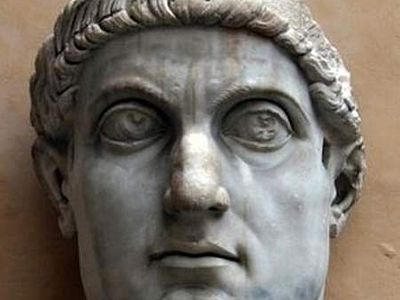 Emperor Constantine the Great (306–337). The Importance of His Faith in the History of the Church V. Rev. Fr. Thaddaeus Hardenbrook St. Constantine the Great, Equal to the Apostles, First Christian Emperor of Rome, builder of Constantinople and founder the Byzantine Empire. He is a military victor, effective ruler and glorified saint. There is no doubt that his contribution to world history and that of the Orthodox Church is indeed spectacular. 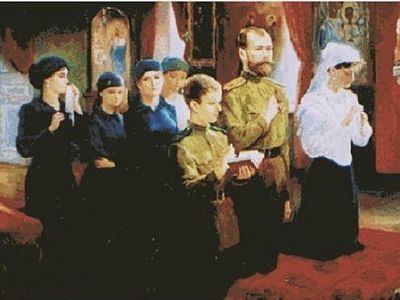 In Memory of the Royal Martyrs, Through Personal Testimony Jesse Dominick

In Memory of the Royal Martyrs, Through Personal Testimony Jesse Dominick Tsar Nicholas and his beloved family— the Tsaritsa Alexandra, the Tsarevich Alexei, and the Grand Duchesses Olga, Tatiana, Maria and Anastasia—along with their faithful servants were eventually to go to their deaths in a dank basement in Ekaterinburg. In their lives they stood for family, humility, nobility, duty, the Russian people, and above all for the holy Orthodox faith. And in the end they gave their lives for their nation and for that holy Orthodox faith, prevailing as the early martyrs before the lions. Having given their lives for Christ, they now intercede for us before Christ.
Комментарии