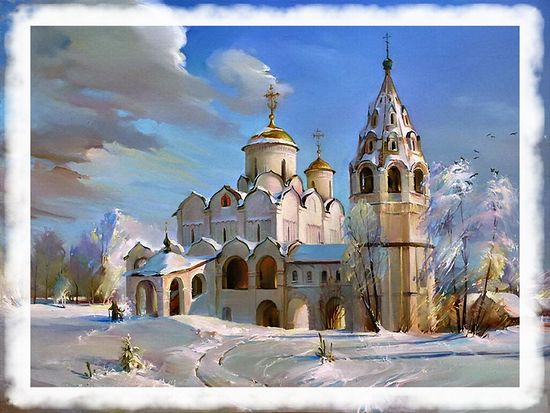 Moscow believes nationalists’ attacks on Orthodox churches in Ukraine are unacceptable, the Russian Foreign Ministry said on Tuesday following meetings between its Special Representative for Human Rights, Democracy and the Rule of Law Konstantin Dolgov and the leadership of the Vatican Secretariat of State and its head Richard Gallagher.

“(The two sides) discussed in a constructive manner in the spirit of consolidating the cooperation between Russia and the Vatican on the pressing aspects of humanitarian and human rights issues,” the ministry noted. “They expressed serious mutual concern over religious harassment, above all of Christians in the Middle East and North Africa.”

The Russian side “pointed to the unacceptable practice of attacks and seizures of cathedrals and property of the Ukrainian Orthodox Church of the Moscow Patriarchate in Ukraine by radical nationalists, often with the connivance or involvement of local authorities.”

The parties agreed with the need to “boost further efforts to keep the problems of violation of religious freedoms in the world in the focus of the relevant specialized multilateral institutions.”

“They pointed to the importance of continuing the work aimed at strengthening traditional values in the world, including family values, and countering attempts by a number of Western countries to impose neo-liberal concepts and policies,” the Russian Foreign Ministry said. 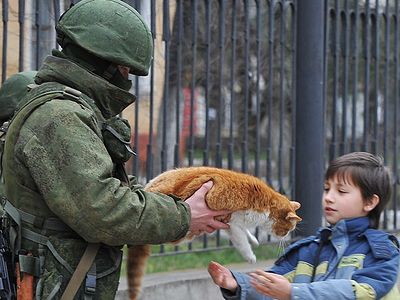 Russia’s ‘Orthodox Jihad’ A caution to readers: don’t mistake my posting all this as an endorsement of Putin. I genuinely don’t know enough about the complexities of Russian politics to make an informed call. I’m just presenting this for the sake of discussion. 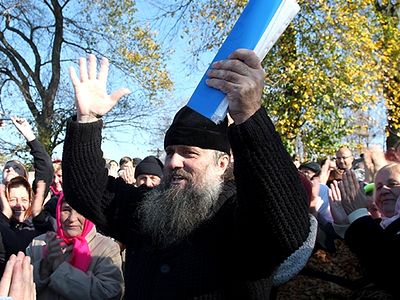 In Cherkassy region of the Ukraine parishioners prevented seizure of a church On October 19, near the Church of Transfiguration of the Lord in Belozerye village of Cherkassy district of the Cherkassy region, a confrontation took place between the parishioners and the people who strove for transfer of this village parish to the so-called “Kyiv Patriarchate”.