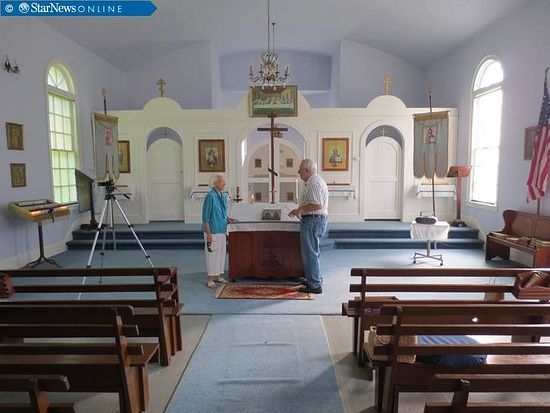 Mike Raab loves to tell a good story. The New York native also loves the story that can be told with a good camera. His business card even reads, "Historian with a camcorder."

Raab, who moved here in 1991, has worn many hats in his life: Radio disc jockey, advertising and newspaper sales, bridal magazine editor and several other media related projects.

His latest project is a documentary about St. Helena's St. Peter and Paul Russian Orthodox Church. It is entitled, 'The Disappearing Church.'

"I've rode by this little church for years and wondered about it, so I started inquiring and found such an interesting story," says Raab.

The story of the Russian Orthodox Church is indeed interesting. The church is full of history and is now in its 9th decade of worship. However, the church's future is uncertain, as members of the Russian Orthodox denomination are becoming rare in this area. Many of the members have died out, leaving only three who are faithful to the church each Sunday. Sisters Ann Mizerak and Mary Baken, and Ann's son David, still attend each week and listen to recorded message from the past.

"The Disappearing Church" documentary provides a detailed history of the church, which last had a priest in 1998. Raab interviewed lifetime church member Ann Mizerak about the rich history of the church and the hope Mizerak and her sister Mary Bakan still hold for the church. Raab accomplishes much in the short documentary. He prefers to keep close control over what he produces, saying he shoots, edits and does all the voiceovers himself.

Raab said he believes what is so interesting about the church is that village of St. Helena in Pender County was centered around this church for many years. In the documentary, he captures the culture of a Russian Orthodox Church by playing the music heard during worship at the church as well as the beauty of the sanctuary.

"Everything revolved around the church in prior years, so we find not just church history here but many community roots that trace back to the beginning of St. Helena," he said.

St. Helena was one of Hugh MacRae's start-up farming communities in the early 20th century. An immigrant community, it was once home to 16 different nationalities and today is an incorporated town. In addition to the Russian Orthodox Church, St. Helena also has a Catholic church.

Raab hopes that the church will benefit somehow from this documentary, perhaps even bring in some new members. It will soon need a new roof. He sees it as a recording of a page in time and doesn't want the church to disappear, despite the title.

"The satisfaction I get from making a documentary like this is that we are saving history," Raab said. "Maybe 100 years from now, someone will look back on it and gain something from it."

St. Peter and Paul Russian Orthodox church holds services each Sunday at 10 a.m. and is decorated for Christmas through the holidays. The public is invited to attend worship to experience the Russian Orthodox Church. 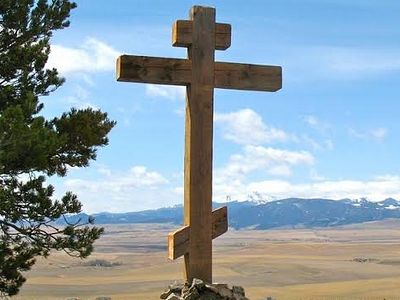 Harrison, MT: Monks, local faithful help build new monastery “Good things take time and patience to achieve, and the look and feel of these monastic buildings will reflect that philosophy,” Brother Ioann concluded. “The stonework especially will contribute a sense of groundedness and long-lived stability.” 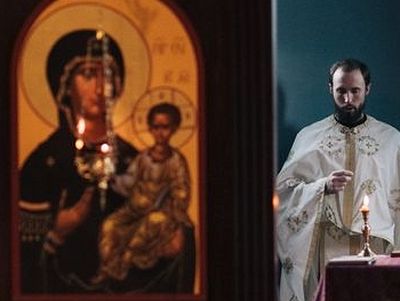 Jackson’s Orthodox Church built on ‘zeal and eagerness’ Snowden said the Orthodox Church seems very different to most Americans, but that is not a bad thing. He said the church does things differently than Protestants, and they do not look down on newcomers if they are uncomfortable. 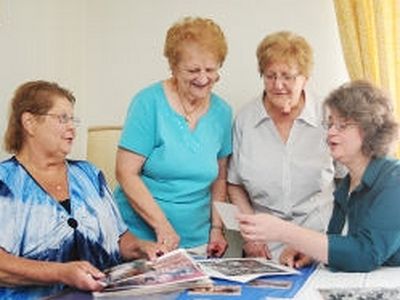