The first ambulance service of the Archdiocese of Vad, Feleac and Cluj was inaugurated on Tuesday, December 8, 2015, in Bistrița city, as Renașterea Radio reports.

The unique project of the Romanian Patriarchate was founded by the Orthodox Philanthropy Association, and will provide transportation for sick people who are not in a critical state. As Rev Fr. Marius Pintican, the president of the Association, explained: “We are trying to perfect the work of our medical services in Bistrița-Năsăud County, through the medical services that we have been carrying out for two years. The service will serve those patients who do not require specialized care, and it will specifically support people who intent to be hospitalized and do not require intense medical supervision.”

There will be an operator at the headquarters of the Orthodox Philanthropy Association in Bistrița, and those interested can directly contact the Organization at the following phone number: +40 363 107 076. Beginning with January 2016, the service will become available by calling the single emergency number 112.

Together with the local and county authorities present, His Eminence Andrei, Metropolitan of Cluj, Maramureș and Sătmar also took part in the inauguration of the ambulance service. The hierarch blessed the office where the ambulance service will carry out its activities, as well as the special vehicles that will serve the patients.

His Eminence Metropolitan Andrei emphasized the utility of this project for people unable to move and requiring medical care:

The Orthodox Philanthropy Association in Bistriţa undertakes many projects, and the latest is the ambulance service. Before we had two retirement homes, a social canteen, a day-care centre, and other social settlements, but Rev. Fr Ioan Pintican, president of the Orthodox Philanthropy Association in Bistriţa, noticed that many people who seek our help are homebound and either come with improvised vehicles or ask other people to help them get to the retirement home, to get them to the headquarters of the Association; it is quite difficult. This is how this idea was born – to acquire an ambulance in order to provide these services. I think this is the first such service within the Romanian Patriarchate. We hope to have some other more such services, because the Orthodox Philanthropy Association has a branch in Cluj, but there we do not have an ambulance as they do here. Maybe in time we will have one there too, because, I repeat myself, it is of great help to transport those who cannot move by their own.

The Metropolitan of Cluj granted the St Pachomius of Gledin Order and other awards to the main sponsors for their support in creating the ambulance service of the Orthodox Philanthropy Association.

The Bistriţa-Năsăud branch of the Orthodox Philanthropy Association was founded in 2012.

During its three years of activity, the association has inaugurated two residential centres for the elderly in Cuşma and Maieru, a medical home-care service across the county, a day-care centre in Bistriţa protected by St Symeon, the St Philotheia Social Canteen, and the St Peter, Paul and Andrew the Apostles medical and social office. 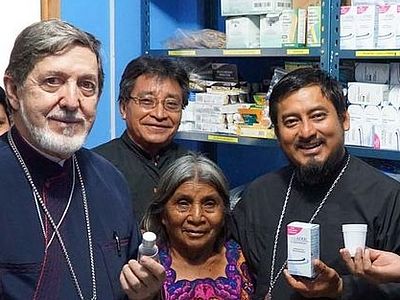 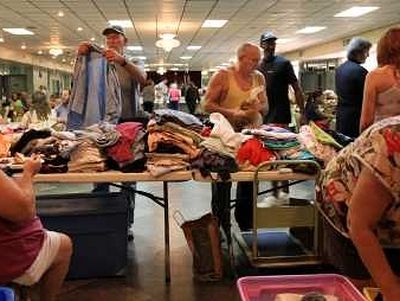 Tarpon's Greek Orthodox church reaches needy, homeless, with food and health care Hosting a soup kitchen is a natural for a church, said the cathedral's new assistant priest, Father Gregory Trakas. "That's what the Lord told us to do," he said, "and we have to be obedient to that command." 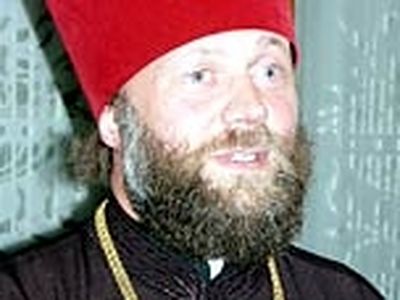 House of Mercy in Minsk, a vivid example of social service of the Church Interview with Archpriest Feodor Povny

House of Mercy in Minsk, a vivid example of social service of the Church Interview with Archpriest Feodor Povny The House of Mercy is the first multi-functional social establishment of the Orthodox Church in the CIS. Its conception includes 13 projects directed at rendering spiritual, medical, and social help and assistance to poor and needy people. His Holiness Patriarch Alexy II of Moscow and All Russia, while visiting Belorussia in May 2002, consecrated this unique establishment. Archpriest Feodor Povny, the head of the House of Mercy, tells Pravoslavie.Ru about its work and problems.
Комментарии