Does the United States Intend to Let Christianity Die in Syria? 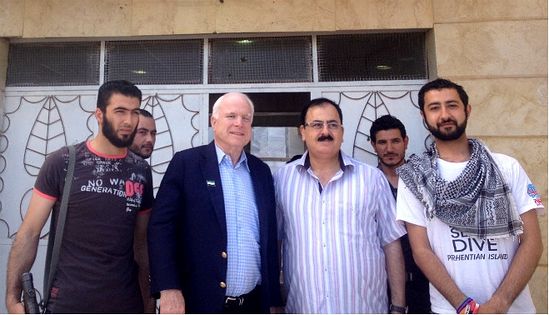 There has been no shortage of reports and articles on the unrest in Syria over the past few years.

For those with ears to hear, it has been made plain that the unrest there is no “civil war,” but is in fact a foreign invasion by hired agents. The unrest is artificial, and has come from without. It has been funded and supported by nations such as Saudi Arabia, Israel, and the United States (let that combination simmer for a bit). And yet, the Christian outcry over these injustices has been less-than-compelling.

The media, of course, does not highlight the fact that these events are contrived and foreign to Syria itself. The blame should not be placed on Assad or his military forces, who are only defending themselves (and their people) from terrorist attacks. The blame, rather, lays at the very feet of those who would place an alliance with Israel — and the financial interests that would benefit from a war-torn Syria — over the lives of innocent men, women, and children. And perhaps worst of all, the Christians in America who would support the “rebels” and their actions are actually supporting the systematic extermination of one of the world’s oldest Christian populations — a population that stretches all the way back to the book of Acts, where we were first called “Christians” (Acts 11:26).

In this latest report today, we have yet another example of attempted genocide of an entire Christian population: 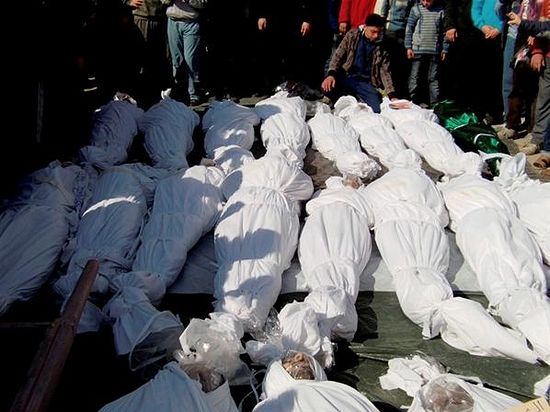 [Ahlul Bayt News Agency] – The armed rebels affiliated to the Free Syrian Army (FSA) raided the Christian-populated al-Duvair village in Reef (outskirts of) Homs near the border with Lebanon today and massacred all its civilian residents, including women and children.

The Syrian army, however, intervened and killed tens of terrorists during heavy clashes which are still going on in al-Duvair village.

The armed rebels’ attack and crimes in al-Duvair village came after they sustained heavy defeats in al-Qusseir city which has almost been set free by the Syrian army except for a few districts.

Syria has been experiencing unrest since March 2011 with organized attacks by well-armed gangs against Syrian police forces and border guards being reported across the country.

Hundreds of people, including members of the security forces, have been killed, when some protest rallies turned into armed clashes.

The government blames outlaws, saboteurs, and armed terrorist groups for the deaths, stressing that the unrest is being orchestrated from abroad.

In October 2011, calm was almost restored in the Arab state after President Assad started a reform initiative in the country, but Israel, the US and its Arab allies sought hard to bring the country into chaos through any possible means. Tel Aviv, Washington and some Arab capitals have been staging various plots to topple President Bashar al-Assad, who is well known in the world for his anti-Israeli stances.

As Christians, we should all be outraged by these atrocities. Righteous indignation is more than appropriate in situations such as this (Eph. 4:26). But what can we do?

We should all be writing or calling our “representatives,” telling them that we don’t appreciate the attempted genocide of the Christian population of Syria; telling them that we’re not fooled by the propaganda. We should be telling our Christian friends and neighbors the truth about what’s going on in Syria. We should be encouraging those who only trust Fox News or CNN for their information to look outside the pale of American propaganda, and to the deeper truth of such matters.

And above all, we should be praying; praying that the Lord would have mercy not only on the citizens of Syria, but that he would be merciful to us here in America for both our compliance and silence.

SOURCE: On Behalf of All

Предыдущий Следующий
Комментарии
George Elias 3 июня 2013, 22:00
Fortunately, the Obama administration is hesitant about giving weapons assistance to the Syrian "rebels". Our interventions in Middle Eastern nation-building invariably result in providing weaponry to our enemies, the Islamic fundamentalist,who ultimate seize control of the new governments (e.g., Iraq, Egypt, Afghanistan, etc). But what can we expect when undue respect and influence is given in Congress and Fox news to imbeciles like dimwitted hawks like John McCain, who, after 1 1/2 days of non-authorized meetings with a small group of "minority" rebels, now considers himself an "expert" on the Syrian problem. This idiot has no comprehension of the Arab mentality or the stated position of the "Islamic (non-Syrian)rebels" who are also intent on Christian cleansing after the intended Assad overthrow. This same fatuous McCain still thinks that Iraq and Afghanistan have a common borders (even though Joe Lieberman had to publicly explain that Iran sits in between. Even though the Obama administration's stated position is that Assad must go, the administration is nevertheless wary of his replacement. As bad as he may be, Assad, nevertheless is protective of the Orthodox, and indeed all Christians, Jews and minorities. Although, in other respects he may be a "bastard", he is still our "bastard"!
Fr Geoffrey Coombe31 мая 2013, 14:00
It is very strange the way the USA works in its foreign policy. Although it is called the Great Satan by Iran and other Islamist fundamentals its actions often do more to promote Islam and desroy Christianity. We already have the examples of the destruction of the Orthodox church in Kosovo, the attacks on Orthodox christians in Iraq, the oppression and violence against Copts in Egypt by a gpvernment actively supported by the US and now the destruction of the Syrian Orthodox. During the second world war the US made the decision to use the Atomic bomb on Japan. What two cities did they choose to bomb? The two who just happened to have the highest proportion of Christians. There is nothing new in this approach of the US.