There were sevearl causes for celebration at the Annunciation Monastery in Supraśl in northeastern Poland on Sunday. First, as in all churches celebrating on the Old Calendar, the Three Holy Hierarchs—Sts. Basil the Great, Gregory the Theologian, and John Chrysostom, three of the Church’s greatest saints and theologians—were celebrated, along with the consecration of the renovated Church of St. John the Theologian, and the name’s day of the monastery’s hierarch Bishop Gregory of Supraśl.

Metropolitan Sawa of Warsaw and All Poland performed the consecration of the St. John the Theologian church before serving the Divine Liturgy at the monastery. The church was initially built in 1501 and was rebuilt in 1888. The monastery was taken over by the state in 1919, reestablished in 1984, and returned to the Church in 1993, and reconstruction has been underway since then.

The site of the Polish Orthodox Church reports that the metropolitan was assisted in consecrating the temple by Archbishop James of Białostocko–Gdańska, Bishop Gregory Supraśl, and Bishop Jerzy of the Ordinariate of the Polish Army, as well as a number of priests and deacons. In accordance with Church Tradition, a relic of St. Gabriel Zabłudowskiego, martyred at the age of six in 1690 in Poland, was placed in the altar.

After the Divine Liturgy a festive Moleben was also served to the Holy Hierarchs celebrated that day. His Eminence spoke of the hard times of the rebuilding of Supraśl Monastery, expressing hope that the day’s festivities would become a “prelude” to the next, namely the consecration of the monastery’s Annunciation Cathedral, where frescoes are currently being restored.

Metropolitan Sawa thanked all involved in the repairs to the temple and the day’s festivities, followed by a reflection on the day’s Prodigal Son Gospel reading, calling all who have left the Church to return to their Mother, because “the Orthodox Church is the path to life and salvation.” He recalled that the Orthodox Church survived in Poland only through the faith and sacrifice of their fathers, and thus the faithful are responsible for that which they received from their ancestors.

In conclusion, the primate and all present wished a joyous name’s day and many years to His Grace Bishop Gregory of Supraśl. 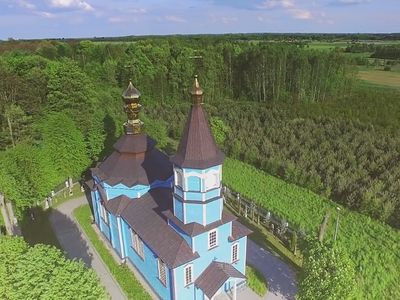 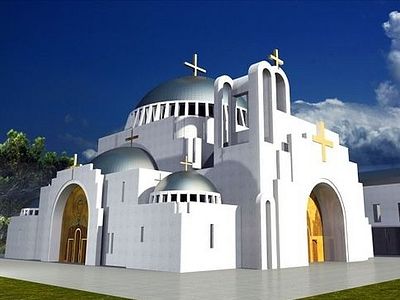 The first Orthodox church in 100 years to be built in Warsaw—will Resemble Hagia Sophia
The architectural design of the church will resemble the Hagia Sophia Cathedral. 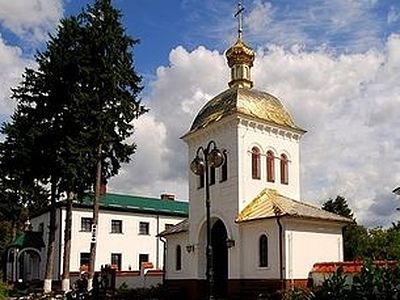 Saint Onouphrios Monastery of Jableczna, Poland
St. Onouphrios Monastery in Jab&#322;eczna was built in the 15th century and is dedicated to the Egyptian hermit living in the 4th century. It has been the only Orthodox monastery in the area of the diocese. It played a significant role during the time of the Union of Brest, being an important centre of the Orthodox faith.
Комментарии
×