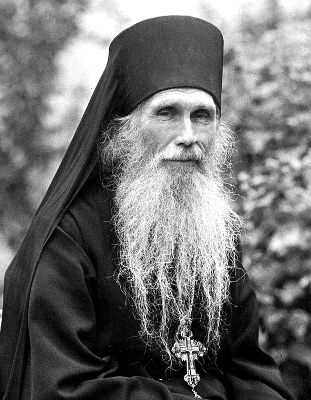 Archimandrite Kirill (in the world, Ivan Dimitrievich Pavlov) was born on September 8, 1919 in the village of Makovskie Vyselki in Ryazan Province, to a pious peasant family. However he lapsed in his faith after living with his atheist brother for twelve years. He regained his Orthodox faith during World War II, in which he fought as a lieutenant in the Soviet army.

Ivan Pavlov fought in the famous battle of Stalingrad where he commanded a platoon. He also fought in Hungary, and ended his service in Austria in 1946.

Fr. Kirill described how he regained his faith during the war. He was on watch in destroyed Stalingrad in April 1943, when he found a book of the Gospels among the ruins.

“I began reading it and felt something so dear to my soul. It was the Gospel. I had found such as treasure, such consolation! I gathered all the pages together—the book was torn apart—and this Gospel remained with me always. Before this, I had been so confused: Why this war? Why are we fighting? There was much I could not understand, because there was atheism everywhere in the county, lies, and one couldn’t find the truth… I walked with the Gospel and was never afraid. Never. Such inspiration it gave me! The Lord was simply with me, next to me, and I feared nothing.”

On August 25, 1954, Ivan Pavlov was tonsured a monk in the Holy Trinity-St. Sergius Lavra, with the name Kirill. In 1970 he was appointed treasurer of the Lavra. In 1965 Fr. Kirill was raised to the rank of archimandrite, and appointed father confessor of the monastery brethren.

Fr. Kirill has been called the “father confessor (dukhovnik) of all Russia”. He was confessor to three consecutive patriarchs: Alexei I, Pimen, and Alexei II. When he was appointed as confessor to Patriarch Alexei II, he was moved to the patriarchal residence in Peredelkino, a suburb of Moscow, where he continued to be the confessor of the Lavra brotherhood. In Peredelkino, Fr. Kirill received thousands of people from all over Russia and abroad, hearing confessions and giving spiritual counsel. He touched the lives of innumerable people. Many of his sermons and instructions have been published in books (in Russian), and as many as 5,000 letters were written by him to all ranks of the clergy, as well as to laypeople—some who were his spiritual children, others little known to him.

In around the year 2004, Fr. Kirill suffered a stroke, which left him paralyzed and unable to speak, although he was aware of his surroundings. He still received his close spiritual children, who testified to the fact that Fr. Kirill was praying for all, and even spoke on rare occasions when needed. Archimandrite Alexiy (Polycarpov), abbot of the Danilov Monastery in Moscow said of him at that time, “He is very weak and infirm, but he prays for us. It is very hard for him to talk now, he almost cannot talk at all, but he said one day, ‘Each person should do his own work…’” 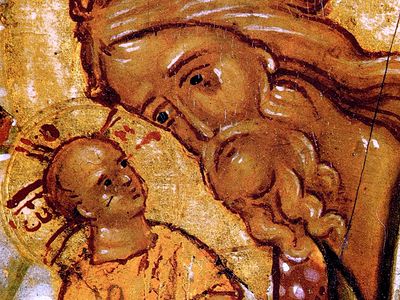 To Become Bearers of God
A Homily on the Meeting of the Lord
Archimdrite Kirill (Pavlov)
Righteous Symeon was found worthy to be such not only because he received the Youth in his arms, but particularly because he bore Christ in his heart together with the Father and Holy Spirit. Thereby, not only the elder Symeon has been granted the high dignity of bearing Christ in his arms and being a God-Receiver, but many others have been able to know this honor. 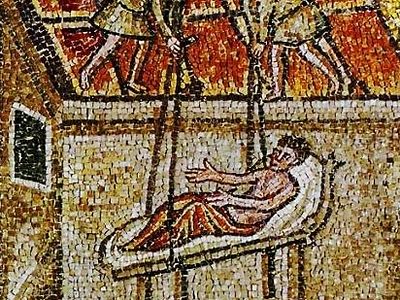 Sermon on the Sunday of the Paralytic
Archimandrite Kirill (Pavlov)

Sermon on the Sunday of the Paralytic
Archimdrite Kirill (Pavlov)
We sometimes wish that our petitions and prayers would be fulfilled immediately, not considering that God knows better than we what is more profitable for us and when to offer us consolation. 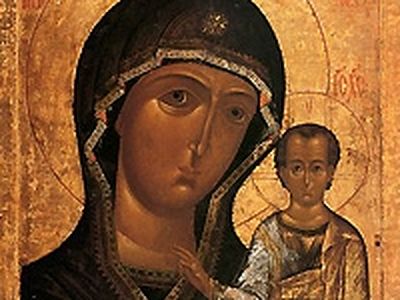 Homily of the Feast of the Kazan Icon of the Mother of God
Commemorated July 8/21, October 22/November 4

Homily of the Feast of the Kazan Icon of the Mother of God
Commemorated July 8/21, October 22/November 4
Archimdrite Kirill (Pavlov)
Thus we see, dear brothers and sisters, that the main cause of our country’s salvation from destruction was the firm Orthodox faith of our ancestors. When hope in human strength was no more, then all the true children of the Church and Fatherland placed a three day fast on themselves and prayed to the Mother of God before her Kazan icon. Their prayer was heard.
Комментарии
×