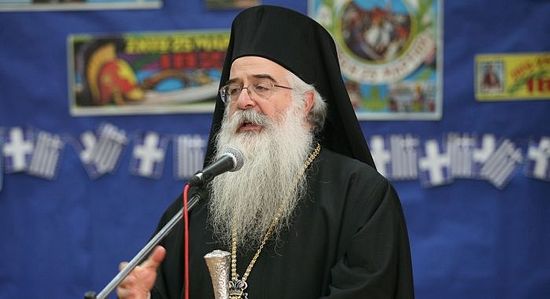 Demographic studies predict that the population of Greece will decrease by 500,000-1,000,000 over the next twenty years, according to the report of one Greek hierarch at a recent conference in Athens.

The population of Greece will drop to 8 million by 2030, according to experts, while the population of neighboring Turkey will reach 100 million, and that of Albania 16 million. “We are faced with a national catastrophe,” Metropolitan Ignatius of Demetrias remarked in his report, “The Church’s View on the Demographic Problem,” according to AgionOros.ru.

The main cause of the demographic collapse is the drop in the birth rate. “Financial incentives are certainly necessary,” to deal with this drop, according to the metropolitan, “but the long experience of the Church shows that the demographic problem has its basis primarily in spiritual causes.”

According to the bishop, among the main factors in the decline in fertility are the continuous and systematic belittling of the sacred institution of the family, the psychological and intellectual immaturity of society, the frighteningly large number of abortions in Greece, the seeming well-being in which several generations were raised, the devaluation of motherhood, the desacralization of man, and the relativistic approach to faith in God.

Metropolitan Ignatius spoke about the Greek Orthodox Church’s initiatives designed to facilitate the resolution of the demographic crisis: since 1999 the Church has paid a cash benefit for the birth of a third child in the Thrace region, provides free kindergartens in every diocese and parent-organized schools, and renders significant financial aid to families.

In conclusion, the metropolitan declared, “Demographics are a huge national problem which threatens the existence of Greece. We must act before it’s too late.” 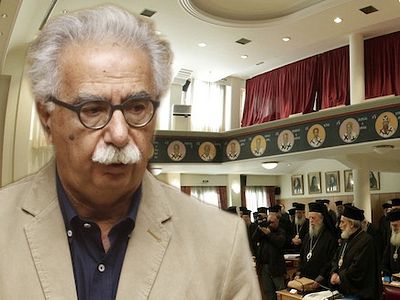 Greek Ministry of Education calls on hierarchy to support “transgender” courses
Gavroglou emphasized that the week is dedicated to issues of diet, addiction, relations between sexes, and gender equality. The outcry, he believes, is based on a misunderstanding. 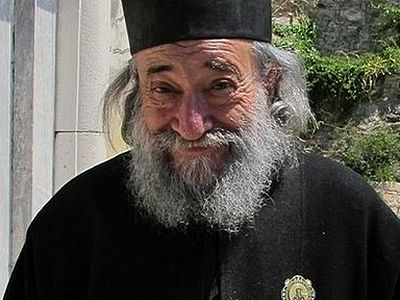 Greece is a sinking ship in need of Christ: Abbot Gregory of Dochariou, Mt. Athos

Greece is a sinking ship in need of Christ: Abbot Gregory of Dochariou, Mt. Athos
Agionoros.ru has published extracts from a topical article from Abbot Archimandrite Gregory (Zumisa) of Mt. Athos’ Dochariou Monastery in which he recounts Greece’s glorious past, contrasting it with its lamentable present, and calls them to return to their former glory. 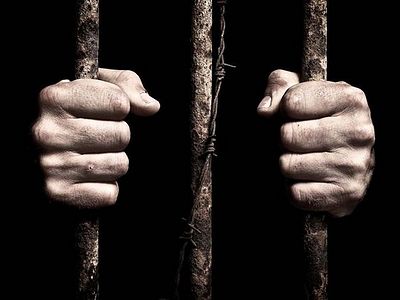 In Greece discrimination against those in same-sex “marriages” to be criminally prosecuted
Those who discriminate against others on the grounds of religious affiliation or sexual preference will be punishable by six months to three years of imprisonment and a fine of 1,000 to 5,000 euros. 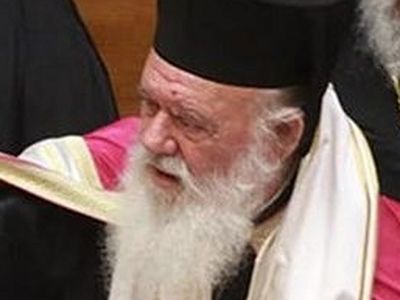 Archbishop Ieronymos: ‘Our Houses Are Burning and We are Singing 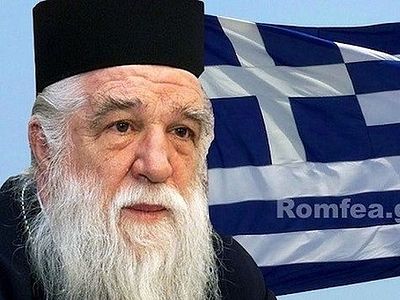 Metropolitan Ambrose of Kalavryta: Through immigrants the powers that be are seeking to change the identity of Greece

Metropolitan Ambrose of Kalavryta: Through immigrants the powers that be are seeking to change the identity of Greece
Let us not receive immigrants on the Peloponnese! Let us keep our national identity intact and free from contamination. Let us defend the Orthodox faith and our tradition. Let us defend our language and culture. 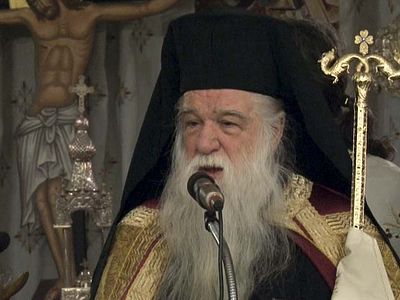 Metropolitan Amvrosios: “Your children will be slaves of Muslims”

T.D, 3 апреля 2017, 22:00
Greece has gone insane. They could not be destroyed by monstrous invaders, yet they are being destroyed by their own wickedness. Why is Greece so antichristian when they have lived in relative freedom for the last century? Not to forget those killed by muslims and fascists, but Greece was not persecuted to the scale that Russia was, yet Russia is now a God-fearing nation (at least in comparison to United States of Babylon), but the Greeks praise sodomites and abortionists while they jail and slander their clergy?