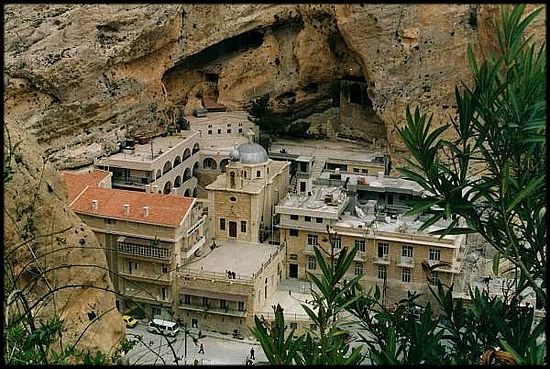 “We, the members of the committee and panel for the protection of Christian values have addressed the patriarch with an offer to replace the bells in place of those earlier stolen from the Monastery of St. Thekla,” said Sergei Gavrilov, head of the Duma committee for the development of civil society and religious organizations.

The legislator added that he and other Duma deputies from the Syrian relations group had personally been to St. Thekla’s while in Syria to visit Russian troops there. They saw firsthand the consequences of its capture by terrorists.

“We have studied the issue. We believe that Voronezh bells are the most optimal, because they can withstand temperature changes. It’s classic handicraft. Maaloula is one of the most popular places for Russian pilgrims. The monastery is now cleared of terrorists, the road is cleared, the nuns are released. They are actively working to restore it,” Gavrilov stated.

ISIS invaded the small town on September 5, 2013, going on a rampage against Christian people and buildings, destroying all holy sites in the city. 3,000 fled the city, leaving only Muslims and the monastery’s forty nuns, twelve of whom were kidnapped by ISIS in early December of the same year. The nuns were released in March, 2014.

In Gavrilov’s view, at the present stage, not only the help of Russian armed forces is needed, but also of great importance is the restoration of civil society, with which Russia can also help.

Russian parliamentarians, including Gavrilov, visited Syria in April of last year, including St. Thekla Monastery. “It is hard to describe what we have seen here. The holy places are destroyed, and the churches are burnt. A fire was deliberately started at the place where St. Thekla's remains, cherished by Christians worldwide, were held in the St. Thekla Monastery. All this is happening in the 21st century,” Federation Council member Dimitry Sablin said at that time.

All shrines of Ma'loula either destroyed or desecrated
A radical Jabhat al-Nusra "opposition" group, which occupied the small Christian town of Ma'loula in Syria in the last months of 2013, desecrated absolutely all shrines of the town.

As-Safir on the History of the Persecution of Middle Eastern Christians
Christian Decline in the Middle East: A Historical View 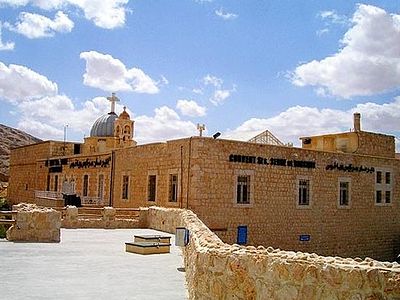 Church of Sts Sergius and Bacchus in Ma'loula destroyed by militants