The “Punishment” of Adam and Eve 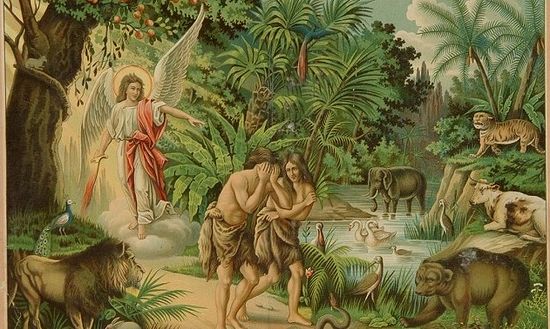 It is quite common among Orthodox saints to view God’s activities in the world through the lens “God is love.” They felt this was a non-negotiable truth. If something reported in Scripture does not seem consistent with a loving God, then the issue is we don’t understand the story, how it was written and/or how it is to be interpreted. The fault is not with God but with our limited understanding of the world. There is mystery in the world, and much happens that we simply don’t understand because we don’t have the big picture – we can’t see how God sees the world, and so our interpretation of events and logic are very limited.

These saints were totally OK with moving away from a literal interpretation of a text if the literal interpretation seemed to show that God is not love. Some Patristic writers and Orthodox saints for example interpreted God’s comment to Adam that if you eat the fruit of the Tree of Knowledge you will die as a loving warning to Adam rather than as a threat of punishment. And they saw death not as punishment but God preventing a person from growing endlessly in evil – terminating life was to stop the negative growth of evil in a person. God thus uses death to stop us from increasingly falling under Satan’s power. As an example, St Isaac the Syrian writes:

“Just as He decreed death, under the appearance of a sentence, for Adam because of sin, and just as He showed that (the sin) existed by means of the punishment–even though this (punishment) was not His (real) aim: He showed it as though it was something which (Adam) would receive as repayment for his wrong, but He hid its true mystery, and under the guise of something to be feared, He concealed His eternal intention concerning death and what His wisdom was aiming at: even though this matter might be grievous, ignominious and hard at first, nevertheless in truth it would be the means of transporting us to that wonderful and glorious world. Without it, there would be no way of crossing over from this world and being there.”

So though death appears to be a punishment, God was actually hiding his intention. His intention was to give us eternal life, but the way to that end was through death – the death of the Son of God on the cross.

Why can’t we enter heaven without dying? Because sin that clings to us cannot enter heaven – death purges us of sin, we resurrect to a new life free of sin. This is the imagery of baptism as well – we die with Christ and are buried with Him, but then resurrected to the new life free of sin as our sins remain in the watery grave of the baptismal font. St. Isaac continues:

“Again, when he expelled Adam and Eve from Paradise, He expelled them under the (outward aspect of anger: ‘Because you have transgressed the commandment, you have found yourselves outside (Paradise)–as though dwelling in Paradise had been taken away from them because they were unworthy. But inside all this stood (the divine) plan, fulfilling and guiding everything towards the Creator’s original intention from the beginning. It was not disobedience which introduced death to the house of Adam, nor did transgression remove them from Paradise, for it is clear that (God) did not create Adam and Eve to be in Paradise, (just) a small portion of the earth; rather, they were going to subjugate the entire earth. For this reason we do not even say that He removed them because of the commandment which had been transgressed; for it is not the case that, had they not transgressed the commandment, they would have been left in Paradise forever.”

For St. Isaac, God was not responding to human behavior such as sin, but had a plan in place all along. God knew what humans were going to do, and used human action as the very means for human salvation. This is far from the angry vengeful God portrayed in some forms of Christianity. It is a God who is infinitely loving and who works with us despite our penchant for sin and rebellion. God has not interest in our death or punishment but forever works to bring us to salvation. 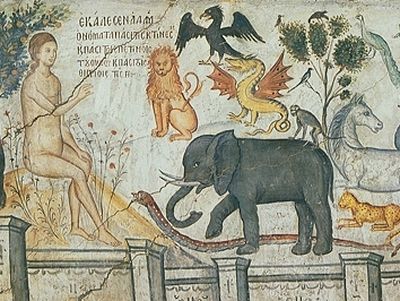 The cause of our misfortunes, troubles, and sufferings: our sins

The cause of our misfortunes, troubles, and sufferings: our sins
Before the fall of our first ancestors, mankind was happy: living in Paradise in close union with God and showing child-like devotion and obedience to Him, they were in need of nothing, suffered from nothing, and were fully satisfied with life. Living in happiness, man openly poured out his soul before God with childlike love, receiving Divine help from Him for his development. Man knew neither sick­ness nor death. All of man's happiness was because he was close to God and God was with him. As a loving father, God appeared in Paradise and conversed with man, as with good, obedient children. All of the surrounding nature was subject to man, as to its king, as the image of the Creator Himself. 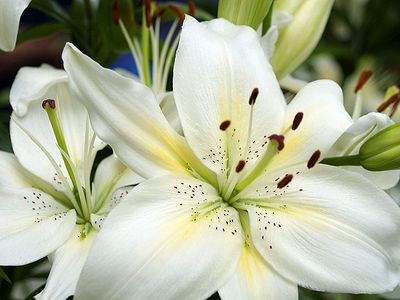 A Testimony From Eternity
Maria Panisheva

A Testimony From Eternity
Maria Panisheva
In the following days a great and long-expected event happened in their flat where the Heavenly Kingdom had clearly and openly manifested itself, just as the Holy Prophets Elias and Moses appeared before the apostles on Mount Tabor. A priest baptized the dying man, chrismated him, and then gave him the Holy Body and Blood of Christ and anointed him. 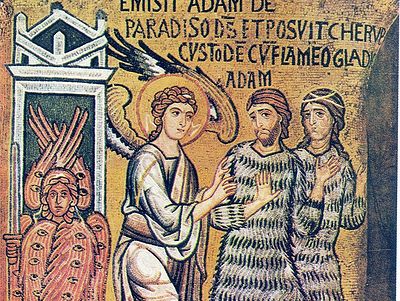 Return with the New Adam to Paradise: Homily for Forgiveness Sunday in the Orthodox Church
Fr. Philip LeMasters

Return with the New Adam to Paradise: Homily for Forgiveness Sunday in the Orthodox Church
Fr. Philip LeMasters
The spiritual disciplines of Lent have nothing to do with legalism or punishing ourselves. Instead, they are tools to help us find healing and strength as we wear the robe of light, as we grow in our personal participation in the salvation that the Second Adam has brought to a world of despair and decay. Now is the time to strip ourselves of all that would hold us back from following our Lord to His cross and glorious resurrection, for it is through His Passion that we will enter into the fullness of the glory for which He created us in the first place.
Комментарии