Sunday of the Paralytic

In the Name of the Father, the Son and the Holy Ghost. 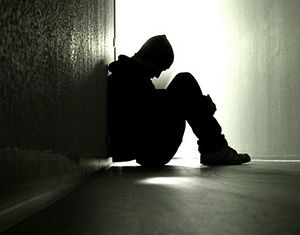 How tragic today's story of the life of Christ is. A man had been paralysed for years. He had lain at a short distance from healing, but he himself had no strength to merge into the waters of ablution. And no one - no one in the course of all these years - had had compassion on him.

The ones rushed to be the first in order to be healed. Others who were attached to them by love, by friendship, helped them to be healed. But no one cast a glance at this man, who for years had longed for healing and was not in himself able to find strength to become whole.

We are surrounded by people who are in need. It is not only people who are physically paralysed who need help. There are so many people who are paralysed in themselves, and need to meet someone who would help them. Paralysed in themselves are those who are terrified of life, because life has been an object of terror for them since they were born: insensitive parents, heartless, brutal surroundings. How many are those who hoped, when they were still small, that there would be something for them in life. But no. There wasn't. There was no compassion. There was no friendliness. There was nothing. And when they tried to receive comfort and support, they did not receive it. Whenever they thought they could do something they were told, 'Don't try. Don't you understand that you are incapable of this?' And they felt lower and lower.

How many were unable to fulfil their lives because they were physically ill, and not sufficiently strong… But did they find someone to give them a supporting hand? Did they find anyone who felt so deeply for them and about them that they went out of their way to help? And how many those who are terrified of life, lived in circumstances of fear, of violence, of brutality… But all this could not have taken them if there had been someone who have stood by them and not abandoned them.

And all of us, all of us were responsible for each of them. We are responsible, mutually, for one another; because when we look right and left at the people who stand by us, what do we know about them? Do we know how broken they are? How much pain there is in their hearts? How much agony there has been in their lives? How many broken hopes, how much fear and rejection and contempt that has made them contemptuous of themselves and unable even to respect themselves - not to speak of having the courage of making a move towards wholeness, that wholeness of which the Gospel speaks in this passage and in so many other places?

Let us reflect on this. Let us look at each other and ask ourselves, 'How much frailty is there in him or her? How much pain has accumulated in his or her heart? How much fear of life - but life expressed by my neighbour, the people whom I should be able to count for life - has come in to my existence?

Let us look at one another with understanding, with attention. Christ is there. He can heal; yes. But we will be answerable for each other, because there are so many ways in which we should be the eyes of Christ who sees the needs, the ears of Christ who hears the cry, the hands of Christ who supports and heals or makes it possible for the person to be healed.

Let us look at this parable of the paralytic with new eyes; not thinking of this poor man two thousand years ago who was so lucky that Christ happened to be near him and in the end did what every neighbour should have done. Let us look at each other and have compassion, active compassion; insight; love if we can. And then this parable will not have been spoken or this event will not have been related to us in vain. Amen.

CHRIST IS RISEN! HE IS RISEN INDEED!