When Should Children Begin to Fast? 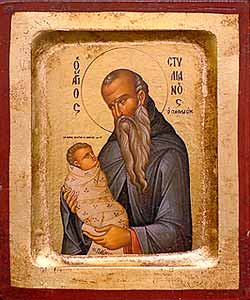 St. Stylianos of Paphlagonia.
How early should children begin fasting? According to the teaching of the ancient fathers, a healthy child begins to fast once it no longer takes its mother’s milk, that is, at around age three. (In ancient times, Jewish women breastfed their infants until they reached three years of age).

Along with the need to observe whatever degree of fasting, parents must also take care to prevent their children from forming a habit of overeating, or eating too often, outside of the times established for taking food—eating between meals. St. Theophan the Recluse gives parents advice in this regard: “A child should eat in such a way that while developing and fortifying the body and giving it health, he does not foment flesh-pleasing in the soul. Regardless of how young your child is, he must begin from the earliest years to stabilize the flesh, which leans toward coarse matter, and accustom it to self control, so that in both the childhood and teenage years and beyond, he can easily and freely control this need.”

When the children grow and their personality and inclinations become clearer, parents should show tact with respect to the norms of fasting. They must not, for example, forbid them sweets against their will, or make the fast days so strict with regard to food quality and quantity as to exceed the norms of the Church’s rule of fasting. Ailing or frail children can naturally be given dispensations, or even be freed from fasting.

Young adults should also not be forced into a strict observation of all the norms of fasting if they are overburdened by them. Such forced fasting will not bring benefit to their souls, and could even harden them against it. The Lord said, I will have mercy, and not sacrifice (Mt. 9:13). The whole meaning of fasting lies in voluntary self-restraint and placing limits on yourself. Therefore, children should be taught to fast from an early age, so that the norms of fasting will not prove burdensome to them when they are young adults.

From How to Keep the Fast [in Russian]. 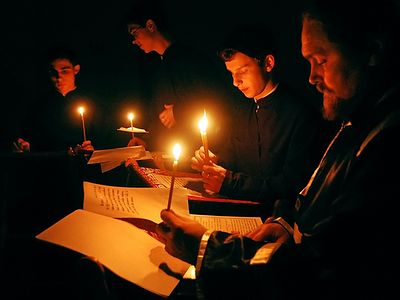 A Lenten Primer. Part 2
Fr. Evan Armatas, John Maddox
So why is it that some would see a need for Great and Holy Lent? We said we were going to talk about the themes and the reasons; I think some of the reasons for Great Lent are in the calendar of events that proceed and mark our time through Great Lent. So let’s step back and take a look. 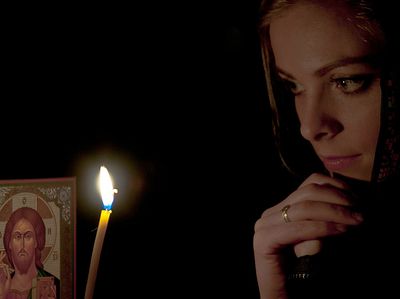 A Lenten Primer
Fr. Evan Armatas, John Maddox
How did the Church arrive at such a season and structure of services? And whether you've been through Lent before or this is going to be your first season, you will see that this is a rather complicated season; there is a lot going on, a number of services you haven't seen. There are new names and phrases for things. Certain spiritual disciplines are highlighted that you may not be aware of, or at least you don't typically them see during the rest of the season.
Комментарии