In his recent interview with the journalists of Vesti newspaper Metropolitan Amfilohije of Montenegro and the Littoral stressed that the attitude of the Church towards the so-called “gay parades” remains unchangeable. 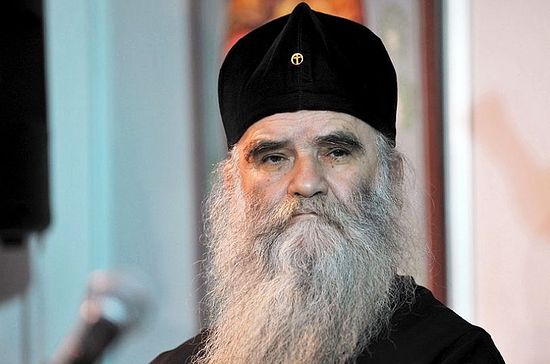 “The opinion of the Church cannot be different. This is what has probably not been expressed yet: such parades, if we take a deeper look, are parades of death. It is a suicidal impulse that is behind them. The way they appear and the time when they appear indicate that there is something more serious behind them. There is the aspiration for power behind the form of their organization. This form brings violence, though at first sight it is not evident,” the metropolitan emphasized.

In the hierarch’s view, it is no coincidence that “gay pride parades” go well with the tendencies of modern globalism and building of the new world order. The archpastor stresses that the essence of this movement, developed on the foundation of American civilization, is not life, but death.

“In reality, this is the order which to a certain degree is based on the same principles as Nazism or Communism… For, in this new order man has become the criterion of all things… And the most terrible thing is that in the name of human rights, as it was with legalization of abortions, the human beings themselves are destroyed. In the end man is subject to self-destruction. So, I say, these are the parades of death, and the Church by its existence, its life, roots and goals is the parade of life,” Metropolitan Amfilohije notes.

Since the early 2000s the idea of holding “gay parades” has, by using unprecedented pressure, been implanted in the minds of citizens of Serbia and Montenegro. In both countries various “gay festivals” and manifestations take place from time to time in spite of the negative attitude to them by the overwhelming majority of the population and protest actions.

Despite 16,000 Strong Protest, Gay Parade Was Held In Belgrade Last Sunday
"7000 police officers plus the army and armored vehicles with a helicopter were deployed to protect 200 gays from the Orthodox Serbian people." 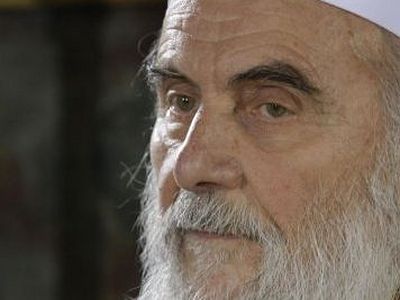 Patriarch of Serbia calls gay parade a rally of perversions and vices
This year again in the Serbian capital a weeklong action, "Gay pride parade" is being prepared, rich in various events, exhibitions and concerts popularizing different manifestations of the LGTB community's activities.
Комментарии

Gunnar 7 июля 2016, 00:16
I can say from near experience that everything to do with the HBQT-phenomenon is nothing but PURE EVIL! It is NOT about love. It is NOT about rights. It is not, nor has it ever been a question of truth; it is built upon LIES! And in the West, those who seek to speak the truth and to point out the horrendous evil that HBQT and its supporters engender are being silenced more and more by "hate speech" laws, law suits and even conspiracies (by the HBQT movement and media) and outright violence. In other words, this monster or demon is beginning to show its true face to those who would dare stand in evil's way. Make no mistake- the HBQT-movement and its supporters are a force of evil; it is not a political phenomenon. The Church needs to declare war (together with the western church) on this evil and all Orthodox who are "sitting on the fence" unable to decide need to come down and take up their swords, ready to do whatever they can to resist this evil force. My plea is to the Church and to Orthodox believers around the world: Please, do whatever is in your power (presentation of facts, legislation to prevent propaganda and HBQT behaviour, repealing "hate crimes" or "hate speech" laws) to fight this force and destroy it. We will all be judged for what we did or did not do about this when the time comes!