The Rule of Fasting in the Orthodox Church 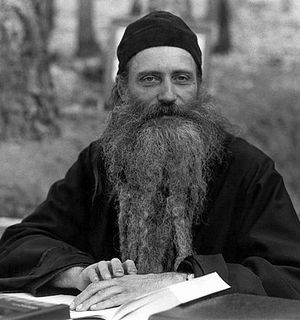 In answer to numerous requests from readers, the rule of fasting is given for each day of the year. Where no indication of fast is given, and during "fast-free weeks," all foods may be eaten (except during Cheese-fare Week, when meat alone is forbidden every day). Where "fast day" is indicated alone, the fast is a strict one, with no meat, eggs, dairy products, fish, wine or oil to be eaten. Where, underneath "fast day," is indicated "wine and oil allowed," the fast is relaxed for the sake of a feast day or vigil, to allow eating of these foods. Where "fish, wine and oil allowed" is indicated, then all three of these foods may be eaten.

The rule of fasting, which is dependent on the Church's cycle of feasts and fasts, is contained in the Church's Typicon, chiefly in chapters 32 and 33, and is repeated in the appropriate places of the Divine service books, the Menaia and Triodion. In general, fast days for Orthodox Christians are all Wednesdays and Fridays throughout the year (except for fast-free periods), the four canonical fast periods of Great Lent, Nativity Fast, Apostles' Fast, and Dormition Fast, and a few special days: the Exaltation of the Cross (September 14th) and the Beheading of the Forerunner (August 29th)—which, even though they are feast days, are also fast days (with wine and oil allowed) for the sake of the events commemorated thereon.

There are some local variations in the allowances of wine and oil, and sometimes of fish, and so the indications in the present Calendar cannot be uniformly applied everywhere. In particular, on the celebrations of the patronal feast of a parish or monastery, fish is generally allowed, and when a saint is honored with a service of Sung Doxology or Polyeleos rank, wine and oil are allowed. In the Russian Church, on the feast days of the more renowned Russian saints, such as St. Sergius of Radonezh and St. Seraphim of Sarov, and of wonderworking Icons of the Mother of God such as the Kazan and Vladimir Icons, of course, wine and oil are allowed (except during Great Lent), although this is not mentioned in the present Calendar because the Typicon leaves this to local practice, indicating only the fasts and allowances that are of general application. The meaning of the Typicon in its allowances is simple: the more one labors for the glorification of a saint or feast day, the more consolation one is allowed in food. For one who has become accustomed to the Orthodox fast, the allowance of oil on food, or fried foods, together with a little wine, is indeed a consolation, as well as a source of physical strength. Where the Typicon itself indicates two variant practices (as for a few of the weekdays of Great Lent), the present Calendar follows the Typicon's preferred practice.

While most Orthodox Christians are perhaps aware of the general rule of fasting for Great Lent and the Dormition Fast (wine and oil allowed only on Saturdays and Sundays, except for a few feast days and vigils), many are probably not familiar with the precise rule governing the less severe fast of the Nativity and Apostles' Fast. Therefore, we shall quote this rule, from Chapter 33 of the Typicon:

"It should be noted that in the Fast of the Holy Apostles and of the Nativity of Christ, on Tuesday and Thursday we do not eat fish, but only oil and wine. On Monday, Wednesday, and Friday we eat neither oil nor wine... On Saturday and Sunday we eat fish. If there occurs on Tuesday or Thursday a saint who has a Doxology, we eat fish; if on Monday, the same; but if on Wednesday or Friday, we allow only oil and wine. If it be a saint who has a Vigil on Wednesday or Friday, or the saint whose temple it is, we allow oil and wine and fish... But from the 20th of December until the 25th, even if it be Saturday or Sunday, we do not allow fish."

In these two fasts, the fast for laymen is the same as that of many Orthodox monasteries, where Monday throughout the year is kept as a fast day in honor of the fleshless ones, the Angels.

This rule of fasting, to be sure, is not intended to be a "straight-jacket" for Orthodox believers, nor a source of pharisaical pride for anyone who keeps the letter of the Church's law. It is rather the rule, the standard, against which each is to measure his own practice, and towards which one must always strive, according to one's strength and circumstances. Whenever, for sickness or any other reason, one falls short of the rule, he applies to himself the spiritual medicine of self-reproach and strives to enter more fully into the spirit and discipline of fasting, which is indeed of great spiritual benefit to those who sincerely strive to follow it. 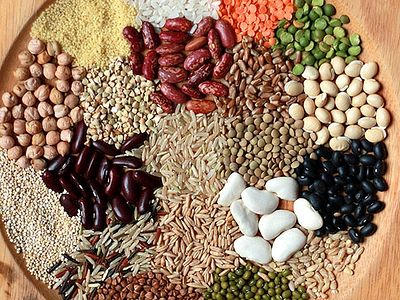 Fasting for Non-Monastics
Fr. Sergei Sveshnikov
A curious phenomenon can be observed in the interactions between pastors and their parishioners at the beginning of each major fast of the Church. Pastors attempt to call their parishioners’ pious attention to the spiritual heights of fasting: the fighting against sin, the conquering of passions, the taming of the tongue, the cultivation of virtues. In turn, parishioners pester their pastors with purely dietary questions...

“We have many fast days, and that is our Church’s strength”
Archpriest Alexander Saltykov, Nicholai Bulchuk

“We have many fast days, and that is our Church’s strength”
Archpriest Alexander Saltykov, Nicholai Bulchuk
Why is fasting necessary? For several reasons. The most obvious (and I think the most understandable) reason consists in the fact that a person simply needs to have inner discipline. And in this sense, fasting is a disciplinary measure. We cannot simply live according to the principle of “I want”: I want this, I want that.
Комментарии