Can One Consider the Death of Father Daniel Sysoev to be a Martyrdom? 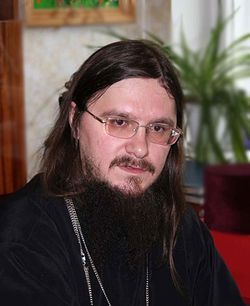 Fr. Daniel Sysoev
Death is the last event in a person’s earthly life. For a missionary, death is the last homily, the last message preached, the last witness for Christ, Whom the missionary loved with complete readiness to sacrifice his or her life for the sake of the triumph of the Faith. Father Daniel Sysoev[1] had prepared himself for this sacrifice long before. Even in his younger years when studying at the Moscow Theological Seminary where this writer taught Fundamental Theology, Father Daniel was pierced through with the fiery conviction that only Orthodoxy contained the fullness of saving truth. Possessed of great talents, as a seminarian he already knew the church canons, and passionately contested with students and instructors when they allowed themselves the slightest compromise. To people who were indifferent to the spreading and deepening of the faith, his aversion to compromise seemed strange; and some of them fell into judgment and condemnation—but his death as a priest in the church which he himself had built, gave proof of his earnestness, his zeal, his single-minded commitment to Jesus Christ and His Church.

From the very beginning of his priesthood, Father Daniel chose the most difficult form of ministry—missionary outreach, which was initiated by the Apostles. In the early Church, missionary work was identical with martyrdom. “The martyrs were preachers of Christianity, continuers of the Apostolic ministry; and this mission they fulfilled precisely as martyrs*, that is, presenting themselves as witnesses.” (Bolotov V.V., Lectures on the History of the Early Church. 1. The Post-Apostolic Church and the Roman Empire. in Russian). After the Bolsheviks seized power in 1918, their first blow was directed specifically against missionaries. Murdered were the missionary Bishop Ephrem Kuznetsov, Protopriests John Kochurov, John Vostorgov, Konstantin Golubev, diocesan missionary Nicholas Varzhansky and other such missionaries. [*martyrs: the Greek root μάρτυς (martys) means “witnesss”.]

Father Daniel Sysoev carried out his missionary activity among Moslems. His Evangelical preaching was very successful: He converted and baptized many people; he received death-threats in response. His answer to such threats was to preach Christ with still greater zeal. Therefore his death is a Christian sacrifice for the sake of the great cause to which he felt called by Jesus Christ. Such a death is an open and manifest victory, because “warriors for Christ are not killed, but crowned” (St Cyprian of Carthage, hieromartyr. Epistle 66).

The early Christians referred to the day of death of their brothers and sisters in the faith as their birthday—birth into a new life. With the coming to earth of the Saviour, mankind’s relationship with death was changed forever. “If we believe in Christ, and if through faith in His word and promises we shall never die, then we ought with joyful daring to go to Christ, by Whom and with Whom we shall live and reign forever. It is through temporal death that we cross over to immortality; and eternal life can begin for us only after our departure from here. And this is not really a departure but only a crossing over or resettlement into eternity after our temporal sojourn on earth. Who would not hasten to cross over to that which is better? Who would not desire to be changed and transfigured according to the image of Christ and the sooner to partake of heavenly glory?” (St Cyprian of Carthage, hieromartyr. Book on Mortality).

To him (or her) who dedicates himself to the service of Christ are given various means to bring people to the Truth: preaching by word, and preaching by one’s life as a living example of self-sacrificing service. These earthly labors for Father Daniel have ended. There remains the brightest and most powerful preaching: the preaching of death. “From henceforth, blessed are the dead who die in the Lord: Yea, saith the Spirit, they shall rest from their labours; for their works do follow them” (Revelation 14:13). 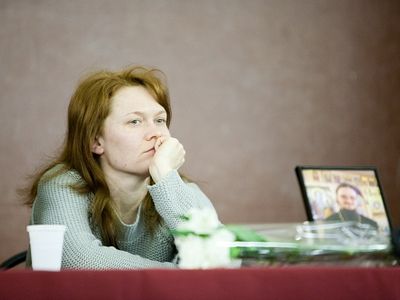 Julia Sysoev: "One Can Never Get Too Much Help" Catherine Lyulchak, Julia Sysoeva

Julia Sysoev: "One Can Never Get Too Much Help" Catherine Lyulchak, Julia Sysoeva It's probably as it is with all the newly widowed: most difficult is learning to live again without him. Life is divided into “before” and “after”—into different eras. But it is necessary to begin a new life, not to pull the load of continuous, depressing memories and resentments. This period of transition between one state and another was the most difficult. But from the first day I saw that the Lord intervenes in all situations, arranging the necessary route. The Lord leads me. This gives us strength. 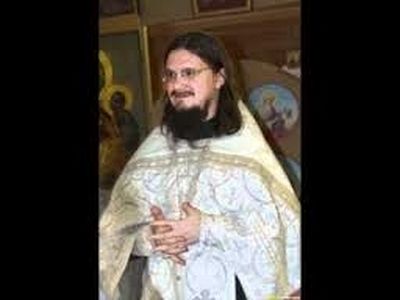 Many Muslims were baptized after the death of Fr. Daniel Sisoyev

Many Muslims were baptized after the death of Fr. Daniel Sisoyev The reason for the murder of the priest Daniel Sysoev was the success of his mission among the Muslims, says his friend the famous missionary Father Oleg Stenyaev, according to the news agency Interfax-Religion. 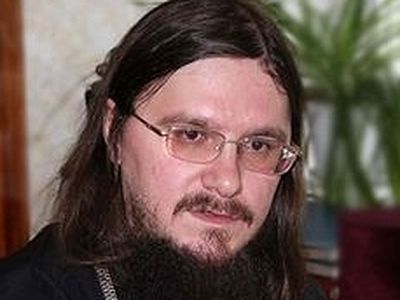 Father Daniel Sisoyev’s Posthumous Mission: Three Stories Deacon Giorgi Maximov On November 19, 2009, priest Daniel Sisoyev was killed. He was a missionary, a preacher, and a talented orator, whose word both spoken and written roused people from their spiritual torpor and led them to Christ. Fr. Daniel’s followers speak different languages, live in various countries, and have varying experience in preaching, but they are all united by one thing—they know that it is their duty to spread to as many people as possible the truth of these words: “there is no salvation outside the Church”.
Комментарии
Войдите через FaceBook ВКонтакте Яндекс Mail.Ru Google или введите свои данные:
Elijah Borek 3 января 2014, 23:00
A collection of articles about Fr Daniel Sysoev, with comments of Dcn. George Maximov: https://www.facebook.com/groups/ask.about.the.orthodox.faith/permalink/670223692998237/
Tagarakis Christos 8 января 2010, 20:00
Could you please forward the following leter of mine to Fr. Job ? Tagarakis Christos Cologne, Germany E-mail: chvtag@yahoo.com To the Rev. Fr. Hieromonk Job Gumerov. Rev. Fr. Job, at first, I would like to congratulate you for your very important contribution: Can One Consider the Death of Father Daniel Sysoev to be a Martyrdom? Secondly, I would like to ask for your permission, in order to publish the German translation of the above mentioned text, in the Orthodox blog vatopaidi.wordpress.com. This blog has been created from friends of the Holy Great Monastery of Vatopaidi, Mount Athos, Greece. It publishes contributions in twelve languages (Arabic, Greek, English, German, Russian, Romanian, e.t.c.). I am responsible for the texts in German language, and I am cooperating for the publications in English and Greek. I ask for your prayers. Looking forward hearing for you. Tagarakis Christos