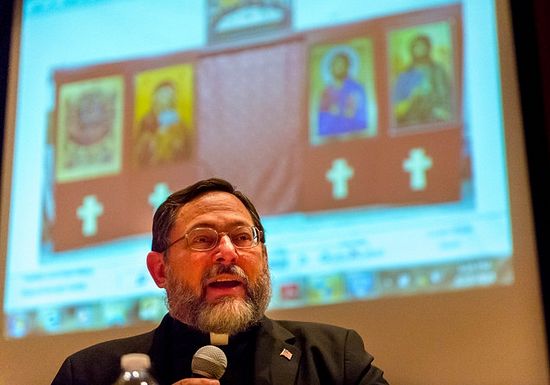 (Trent Nelson | The Salt Lake Tribune) Father Luke Uhl delivers a devotional at the start of a meeting to establish a new Greek Orthodox mission parish in Utah on Saturday. The meeting was held at Hillcrest Junior High School in Murray.

One way to stop being in a house divided is to leave, and that’s what nearly 200 Greek Orthodox residents did Saturday in creating their own parish.

Formal approval of their action in the Hillcrest Junior High School auditorium came from Rev. Luke Uhl, for the last 21 years the chancellor to Metropolitan Isaiah, the Denver-based prelate whose region includes fractious Utah.

"To be at the beginning of a parish, where heaven and earth come together," he said, "this is a cool thing. A parish is not established for a year or a lifetime, but until the Second Coming.

"This is the good stuff of being a Christian, an Orthodox Christian," Uhl added.

Uhl sanctioned a show-of-hands vote that unanimously established the Greek Orthodox Mission Parish of Utah. The 100 or so people attending the meeting then elected an 11-member interim board to guide the parish through its formative years.

The two-story colonial building has space upstairs for a Sunday School while church services take place below in a room that will seat 150, said Chuck Karpakis, a member of a steering committee that has spent the past four months preparing for this day.

"It’s not as beautiful as Holy Trinity or Prophet Elias," Karpakis obliged, referring to the two churches that together form the Greater Salt Lake parish the group is departing. But it will be decorated "to appeal to that sense of spirituality."

Headed by Bill Souvall, the steering committee has met since the Greek Orthodox chancellor in New York put an end to a bitter four-year dispute between different factions of the Salt Lake Valley’s Greek Orthodox community.

The chancellor said Holy Trinity and Prophet Elias would not be split into separate parishes, ratified membership on the parish council and transferred Rev. Michael Kouremetis — a lightning rod in clashes between the two sides — elsewhere.

That outcome did not sit well with this group of Greek Orthodox, who explored what had to be done to create a

separate parish. They set up a federal tax identification number for their nonprofit organization as well as bank accounts.

"We’re hitting the ground running big-time," Souvall said, adding the independence achieved Saturday comes with a price tag. He asked everyone who pledged money to the parish effort to follow through now. "It’s time to start paying our way."

Steering committee member Phil Floor said verbal pledges of $1,200 to $1,500 per family accounted for all but a sliver of the parish’s projected first-year revenues of $197,000. Little income is forecast from functions such as next week’s Greek Festival.

With expenses "conservatively" pegged at $133,000, Floor said the new parish would finish 2015 with a $64,000 surplus — except that Saturday’s starting date means those revenues have to cover an additional four months in 2014.

Souvall asked parishioners to donate one-third of their pledges by year’s end to cover 2014 costs.

A mission parish is not equal to a standard parish such as the one that Prophet Elias and Holy Trinity Cathedral belong to, he acknowledged. It is not fully chartered by the Greek Orthodox archbishop in New York City, the most important church figure in the country, even if it is an official parish under the regional Metropolitan.

"This will give us a chance to prove ourselves," said Souvall. "That’s not going to be difficult. We’ll do well."

"Very frankly, we wish them good luck," said Tsagaris after overseeing the erection of food tents in the parking lot adjacent to Holy Trinity Cathedral. "The Greek Orthodox community has been here for 100 years. It is flourishing and will do great. It will always prevail." 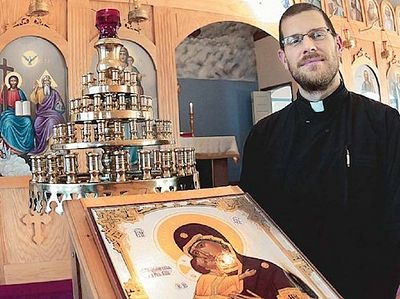 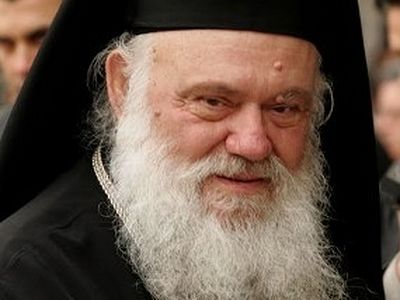 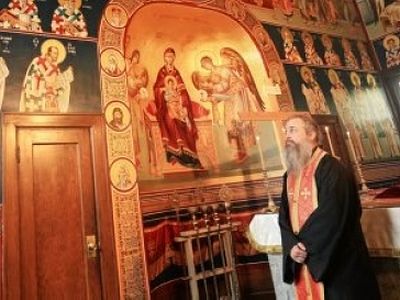 Greek brothers come to Scranton to revitalize church Last fall, two brothers from the city of Thessaloniki in Greece came to the church and revitalized the interior with vibrant portraits of Jesus and Mary, saints and biblical stories, such as the burning bush. But the process to get even half the church painted was a difficult one.
Комментарии